Open House arts festival took a risk when it moved from Belfast to Bangor in Northern Ireland, but one that is paying off now that it’s making a difference again. Colette Fahy tells the story. 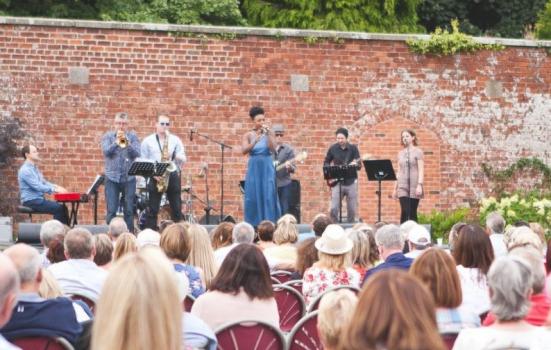 Open House Festival began life in Belfast in 1999 and moved to Bangor in 2013, where it now runs everything from music, dance, literature and film events to historical walking tours, pop-up restaurants, comedy and theatre. It’s a festival that stands out for a couple of reasons. For one, it made the brave move to relocate completely from Belfast city centre to Bangor, a seaside town in County Down with a population of 60,000. The other striking thing is how quickly and wholeheartedly it has become embedded within the local community. I talked to Alison Gordon and Kieran Gilmore to find out more.

They had done the work they’d set out to do, and they moved on to Bangor because they saw the need. Bangor grew up around the arts, culture and tourism but ended up being a dormitory town for Belfast. So, it was about making it that town again.

Alison and Kieran were able to use box office data to look at the evidence for moving. They knew that a big chunk of their audiences were coming from Bangor to Belfast. The problem with Bangor is that people lived there but they spent their money in Belfast. Alison and Kieran realised their festival was part of the problem and if they moved the festival to Bangor it could be part of the solution. The current audience is now about 70% from Bangor with about 30% from outside the town.

Local businesses have been key as they have helped market the festival. They’ve developed a scheme called festival friends where local businesses offer ticket-holders discounts on whatever they offer. Carpet shops, barber shops and jewellers are all on board, as well as hospitality businesses.

Alison and Kieran have surveyed the businesses to ask why they were helping out in this way. And it was more about being seen to support the festival rather than increasing sales. They felt their customers valued the festival and they wanted to be part of that. It’s taken four or five years to build these partnerships and the businesses now have confidence in terms of actually delivering year-in and year-out.

Last year Alison and Kieran gathered feedback from over 1,800 festival customers. They asked about gender and age and where people come from, but also where they booked their accommodation and how much they spent to come to events. The tourist board allows £18 per person spend per event, but in the survey it came out as £32.18 per person, over and above the ticket price.

They also asked people what they would have done if they hadn’t gone to an event. This demonstrated that there was a real economic impact as people didn’t say they would have been at something else. They wouldn’t. 90% of the audiences wouldn’t have gone out that night if there hadn’t been something on.

Alison and Kieran would like complete saturation in Bangor if possible. Their audience profiles tend to be older people – those who are most likely to have the disposable income and who go to the bars and restaurants. But the festival has started doing some electronic music for younger audiences – late teens to mid-twenties.

They say they’ll get to a point where they can’t get any more Bangor people. Then they’ll want more from the rest of Northern Ireland and more international visitors.

They have also just been awarded funding from the Heritage Lottery Fund from the Great Place Scheme. It’s a three-year project which will be an open-air festival within the festival called ‘Seaside revival’.

Here are some tips based on Open House Festival’s experience: