Orchestra Tax Relief is imminent. Sean Egan explains how it will work and urges those eligible to start planning now. 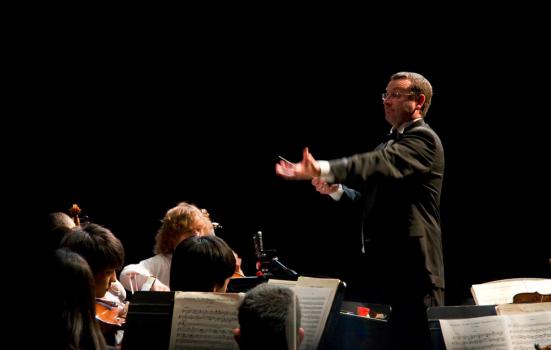 The Government published draft legislation for Orchestra Tax Relief in December and it is expected this will be passed soon without significant amendments. The new provisions will apply to expenditure incurred on or after 1 April.

It is modelled on Theatre Tax Relief which came in last year (which itself was also based on Film Tax Relief). The structures of these measures are the same and the definitions used are similar in many cases. The underlying principle is that qualifying activity is intended to be stimulated by reducing corporation tax or by HMRC making a payment in respect of qualifying concerts. In effect, the cost of a concert is reduced, which should encourage investors or enable producers to produce more and larger concerts.

After publication of the Theatre Tax Relief provisions, representations were made on behalf of orchestras and musicians, pointing out that the cost of an orchestra could be included in claims for Theatre Tax Relief if it was part of a dramatic production (an opera or a ballet), but not for musical performances which did not have a dramatic element.

The relief can apply not just to orchestras but also to ensembles, chamber groups, military bands and many different types of instrumental groups

A claim can only be made following submission of a corporation tax return. The company which produces the concert or concerts can make the claim. It has to be involved as the lead producer for the whole of the production process. This is a key area in terms of planning and taking advice. In particular, co-productions need to be assessed so that parties are clear which company will be making the claim, and the co-production agreement needs to reflect the terms of the Orchestra Tax Relief provisions. Individuals and partnerships cannot make claims, so if need be they should consider setting up a ‘corporate vehicle’. Corporate charities can make claims even if they pay no corporation tax.

As for Theatre Tax Relief, companies may choose to set up a special purpose vehicle (SPV) through which all the expenditure on qualifying concerts is incurred. Using an SPV can enable the sum claimed to be greater in some circumstances, but equally the amount that can be claimed may be the same (particularly for subsidised organisations) when not using an SPV. If an SPV is set up there is additional administrative work and contractual arrangements need to be put in place between the parent company and the SPV to enable Orchestra Tax Relief to be claimed.

The concerts must have live performers, be in front of a paying audience or be for educational purposes. Also at least 25% of the core expenditure must be on goods or services from the European Economic Area (the EU plus Iceland, Liechtenstein and Norway). The term ‘educational purposes’ is treated in the same way as for Theatre Tax Relief and is not positively defined, but is expected to cover performances in schools, universities and conservatoires.

The relief can apply not just to orchestras but also to ensembles, chamber groups, military bands and many different types of instrumental groups. In the original consultation the requirement was for 14 performers drawn from each of the following four sections: string, woodwind, brass and percussion. The aim was to limit the relief to orchestral orchestras, but concerns were then raised that it excluded brass bands. The revised proposal reduced the required number to 12 performers and removed the requirement that players had to come from more than one section. This liberalisation was tempered to some extent by excluding rock and pop music. This revision was excellent news for brass bands but also for jazz bands and larger groups playing different types of music, which might collectively be referred to as ‘world music’. The draft legislation also provides none or a minority of the instruments to be electronically or directly amplified.

I can appreciate HMRC’s concern above all to exclude pop and rock concerts on the basis that they are not considered to need or deserve this sort of support, but the newly formulated text excluding amplification is unclear. The intention is clearly to enable orchestral concerts to qualify but in some larger venues there may be an element of amplification. I assume it is intended that microphones can be used but it may be that the measure seeks to exclude the use of all pick-ups. It would be helpful therefore if HMRC would clarify what it means by ‘directly amplified’. For instance, it may be that it is intended that electric pick-ups which use a magnetic coil (typically used on electric guitars) are considered ‘direct amplification’ but contact pick-ups which are essentially just microphones are not. Even so as a non-expert both types can, I believe, be used for acoustic guitars and violins.

The amount of a claim will usually be 25% of the allowable qualifying expenditure, which in turn is 80% of the core expenditure. So a claim will usually amount to 20% of the core expenditure. Core expenditure is the expenditure incurred in producing the concert but not indirect costs, speculative expenditure and performance costs. Indirect costs in this context include items such as marketing and storage while performance costs includes costs for performers and travel costs to the venue for the performance. Essentially this replicates the distinction in Theatre Tax Relief between development, production, running and closing costs, where only the production and closing costs could form part of a claim. So if the total costs of a concert are £10,000, of which half are incurred in preparation and rehearsal and half in performance costs and indirect costs, then the amount of the potential claim might be £1,000.

Each concert is treated separately and claims should be separately submitted and calculated. There is a helpful exclusion to this general principle so that companies can elect to treat concerts as being in a series and submit a claim for the series as a whole. Elections need to be made to HMRC before the date of the first concert in the series and cannot subsequently be withdrawn. Elections can apply to concerts in different accounting periods so the effect will be to hold over the concerts in one accounting period to a later period. This helps cut the administrative burden on the company but will mean that the relief is not received in respect of the concerts in the first period until 12 months later (as it will be part of the following year’s claim). Care needs to be taken when making an election to ensure the right decision is made.

Overall, Orchestra Tax Relief is great news. The experience of companies that have made claims for Theatre Tax Relief will be useful given the similarities between the two reliefs − though there are additional areas that need clarification. Companies need to ensure that, well ahead of this April, they are clear about whether they are going to use an SPV and whether they will make any elections in respect of a series of concerts.

Sean Egan is a lawyer working in the arts and media sector.
E: sean@seaneganconsultants.com

Theatre tax relief for all