England has some of the unhappiest schoolchildren in the world. But Paul Collard believes bringing artists into the classroom may help change that. 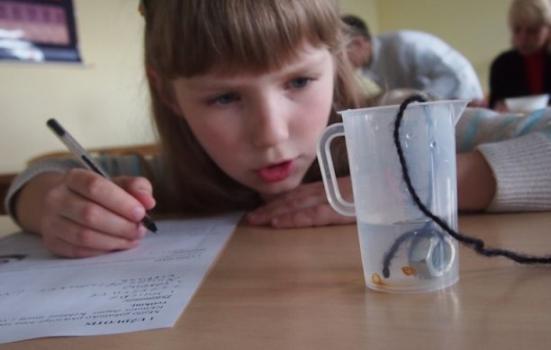 The Children’s Society’s annual Good Childhood report published in August painted an alarming picture of children’s experiences at school in England. The report concluded that children in England were unhappier with their school experience than their peers in 11 other countries, including Ethiopia and Algeria. Matthew Reed, Chief Executive of the Children’s Society, commented: “It is deeply worrying that children in this country are so unhappy at school compared to other countries, and it is truly shocking that thousands of children are being physically and emotionally bullied, damaging their happiness. School should be a safe haven, not a battleground.”

Creativity, Culture and Education (CCE) has long been interested in the relationship between school and wellbeing and we have commissioned and published a number of reports on the subject. In 2012 we published a detailed study by Ros McLellan and Maurice Galton which included a survey of 5,000 children and young people in schools in England from Years 3 to 10. They usefully distinguish between two kinds of wellbeing: eudaimonic or functional wellbeing (feeling competent and with a sense of agency) and hedonic or feeling wellbeing (feeling good and enjoying life). This research found that both weaken dramatically as children and young people move through school in England.

At the time, many argued that there was no evidence that school was the cause of this decline, so McLellan and Galton in a further study published in 2015 were able to separate out pupils’ feelings in schools with those out of school during transition (the period when pupils move from primary to secondary school). This found that while eudaimonic wellbeing remained stable out of school, it declined within school, suggesting that it was indeed the English school environment which was the cause of the unhappiness that the Children’s Society report had so clearly identified.

More significant is the influence of school on bullying. Through the close observation of a large number of learning environments, our researchers have developed an approach to managing the learning environment called the ‘high functioning classroom’. This defines the characteristics in a learning environment which appear to have the most powerful impact on the learning of young people. This shows that an approach that ensures that pupils are challenged rather than directed, that presents learning relevant to their lives, which regards the pupil as a key learning resource, that ensures pupils are physically, emotionally and socially engaged in their learning and which focuses on reflection, generates an environment in which learning is deepest. It also places pupils at the heart of the learning process, ensuring that their observations, histories, communities and perceptions are central to their learning.

A subsequent study for the Creative Partnerships Lithuania programme (CPL) explored whether the same changes were brought about by the programme and, if so, what impact it had on the wellbeing and behaviour of the children. To do so, researchers compared the attitudes of pupils engaged in the programme with those of pupils in the same schools that had no involvement in the programme. The researchers explored the following:

The researchers concluded that pupils involved in CPL programmes saw the same changes in teacher practice, class atmosphere and pupil behaviour that researchers elsewhere had observed. In particular, pupils reported the following:

What is unique about our approach internationally is that it produces changes in the school learning environment by placing specially trained artists in the classroom to work with teachers and pupils, as artists. So, for instance, what our programme in Lithuania was attempting to do was reimagine education. Teachers understand education, artists reimagine. Together they make a powerful combination.

How does it work? The programme remains focussed on delivering the core curriculum, but delivers it through the arts. Musicians make musical instruments with children and create small impromptu school orchestras to illuminate literature. Theatre practitioners enable pupils to create dramas exploring the ethics of genetic engineering as part of the GSE biology curriculum. Video artists enable pupils to make videos imaginatively reproducing core maths concepts.

While the evidence generated may never be totally conclusive, it certainly supports the hypothesis that it is teacher behaviour that has the most powerful influence on pupil behaviour. A teacher willing to build more equal and supportive relationships with their pupils will be rewarded by similar behaviour in return. More significantly, this improvement in behaviour transfers itself out of the classroom to other aspects of pupil behaviour, leading to a significant reduction in bullying. But the opposite will also happen and the problem is that this is true of all interactions within education, not merely teacher/pupil relationships. I don’t blame some teachers for being like they are, as they have learnt it from others up the line. A style of management from government ministers downwards which is hostile, belligerent, aggressive and antagonistic will replicate itself throughout the system, and into teacher/pupil relations. And as this behaviour so characterised Michael Gove, I suspect that the Children Society’s report will be his true legacy. Namely, that while there was no significant improvement in pupil performance, the gap between the poorest and the richest widened, and now we also have the unhappiest children in the world. Thanks Michael.