Why would a theatre want the hassle and financial risk of producing its own productions rather than just presenting touring shows? John Baker explains why – and how – the Marlowe Theatre is doing both. 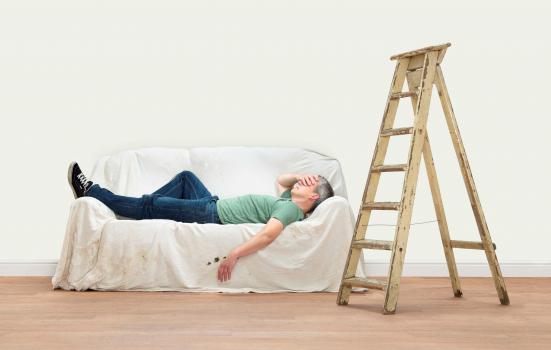 A scene from A Better Woman

The Marlowe Theatre in Canterbury re-opened in 2011 after a three-year redevelopment and has since hosted many leading companies including the National Theatre, Matthew Bourne’s New Adventures and Philharmonia Orchestra. Not quite satisfied, the theatre team wanted to explore the possibilities of creating home-produced new work, and despite financial uncertainty it felt it had a role to play in bringing the work of new voices to the stage. The Kent region had very little to offer the aspiring playwright and we were convinced that there were writers in our community who needed the chance to be heard. We also wanted to reflect the story of our namesake Christopher Marlowe by supporting new writing that is both bold and challenging.

Despite the ever-present risk of over-stretching capacity, we made the decision to draw from the talents of our own team, rather than outsource production roles to external companies

Our first production ‘Beached’ was produced in association with Paul Jellis and premiered here before transferring to London’s Soho Theatre. This project was a steep learning curve for the whole team, as we went from an organisation set up to bring other people’s work to our audiences to one guiding creative decisions about a brand-new production, from informing casting decisions right through to creating the main marketing image. When Beached sold out in Canterbury there was both relief and a sense of achievement that we had found an audience for a piece of new writing. There was also a sense of local pride that the show had been created in Canterbury.

That left us satisfied but also a little restless. We wanted to create a follow-up, but it didn’t feel right to do it all again in exactly the same way. So we looked at how we could create an infrastructure to support writers in our region, all feeding into the creation of new productions. We wanted this to start at grassroots level, offering professionally led workshop sessions for aspiring writers. These have proved to be incredibly popular, showing that there is a real thirst for people to try out writing for the first time. The sessions attract a wide mix of ages, backgrounds and perspectives, all joined up by the desire to write and find their voice. We also set up a new writing development programme called Roar!, which has enabled us to forge partnerships with other new writing organisations across the country and build pathways for work produced at the theatre to have a future life. It helps writers develop the plays they are working on, through mentoring and also script-in-hand performances by professional actors, so they can hear their work spoken and performed. It has already helped writers, both new and mid-career, get their work off the page and into performance.

Now we are creating our second production, ‘A Better Woman’, by Simon Mendes da Costa, which has just opened. Best known for his play ‘Losing Louis’, Simon has since been looking for an opportunity to get a new play produced and we seemed a perfect fit. He is also our literary associate and runs our playwriting sessions, so linking our participation programme to the productions we make.

Producing our own plays has brought significant benefits to the theatre and the team. It has broadened our staff’s outlook, giving new responsibilities and the chance to develop skills. Despite the ever-present risk of over-stretching capacity, we made the decision to draw from the talents of our own team, rather than outsource production roles to external companies. This means that our venue press officer has become our production press officer, our theatre finance manager is now also our production accountant and our theatre’s general manager is also our producer. As well as benefitting the theatre, this is providing members of staff with new experiences they can take into their future careers.

Our ambition to produce has unlocked new sources of funding, both private and public. Beached and A Better Woman have both been successful in attracting funding from Arts Council England’s Grants for the Arts scheme as well as donations from a private funder. For the private donor our ambition to create productions of new writing gave a clear and tangible reason to support us.

Producing has also allowed us to make friends and connections with local and national organisations that previously we might not have come into contact with, particularly in the world of new writing. This has helped to broaden the view of what we mean to the wider theatre industry, making us more than a successful touring venue.

Producing new productions brings as many risks as advantages. Budgets need to be balanced with the wider economy of a presenting theatre, and there is the danger of staff focus being lost from the key business imperative of the organisation, which is still to present touring shows. However, over the past two years we have achieved success in both areas, and new responsibilities for producing have brought a further increase in ambition, skill and knowledge.

John Baker is Head of Marketing and Communications at Marlowe Theatre.
www.marlowetheatre.com