Autism and dyslexia have long been associated with creativity, but is the arts sector doing enough to support neurodivergent artists? Susan Jones highlights some concerns and opportunities. 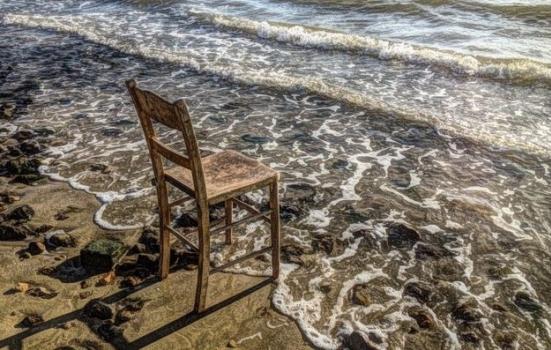 Writing on her blog, an artist concluded that Arts Council England’s (ACE) online grant application portal “with its unfathomable loops and nonsensical descriptions, was the Alice in Wonderland opener to a nightmare. At each turn, there were hundreds of possible exits, with each one leading to hundreds more.

If success in the arts continues to be dependent on ability to forge relationships and networks, autistic people will always lose out

For artist Sonia Boue, the application process was also a mystery: “It expects an individual to be able to carry out an enormous series of small tasks in a linear sequence to complete the online application. But we don’t handle information in this way. What we need is to be able to put forward our creative ideas in a multiplicity of ways.”

These are both comments from artists who are neurodivergent, the overarching term for genetic conditions including autism, Asperger’s, dyslexia and bipolarity, which are inherent in one in 100 people in the UK’s population.

As the Westminster Commission on Autism has reported: “The autistic community struggles with navigating a world attuned to the needs of neurotypical people: too many have to fight for the same opportunities and liberties that others can take for granted.”

It is hardly surprising then that employment among autistic people is typically lower than the national average for disabled people. The club culture of the creative industries means that getting work in the arts nowadays is highly dependent on a person’s informal knowledge and contacts and their ability to embrace the ‘network sociality’.

This is already shown to put various sections of society, including white males, those with family responsibilities and the ethnic minorities, at a disadvantage (see the article Are the creative industries good for artists?). Although we don’t know whether neurodivergent conditions are more prevalent among artists and creatives, one research study reported that up to 75% of art students were dyslexic, and excellence in language or music has long been associated with higher levels of bipolarity.

If success in the arts continues to be dependent on ability to forge relationships and networks, autistic people will always lose out. As autistic artist Susan Kruse commented in the text accompanying her work in the Shape Open: “Connecting with other humans is profoundly difficult; feelings of isolation, loneliness and frustration are common.”

Limiting the opportunity for neurodivergent artists will be bad news for the arts in the longer term. It’s notable that some research from the University of Stirling shows individuals with high levels of autistic traits are more likely to produce unusually creative ideas, something which the arts industry with its enthusiasm for the cutting edge and innovation could do well to take note of.

The technology world, which is one of the creative success stories, already knows that having more autistic people in the workforce makes good business sense (see this article on helping young people to thrive in the workplace).

Opinion differs on what should be done to reduce the levels of exclusion experienced by most neurodivergent professionals in the arts nowadays. Mike Layward, Director of disability-led DASH Arts has argued that when campaigning for social change, people with disabilities, including neurodivergence, are ‘better together’.

“If we break apart into small groups based on a self-interest which is focused on a shared impairment or the like, will we achieve the solidarity and mutual aid that we need to be a strong, effective movement? I have my doubts that we will. In these times when the rights and benefits of disabled people are being cut, we need to be united.”

To help move emerging disabled artists on to the next stage of development, DASH’s Cultivate scheme provides them with a package of tailored mentoring.

But artist Jon Adams doesn’t agree that his Asperger’s and dyslexia are disabilities. He wryly clarifies that he neither lives with autism, nor is he touched by it. For him, it’s the people around him with their rules, attitudes, misunderstandings and advantage-taking who disable him: “I’m an artist. I’m not an autistic artist because that implies that I am doing it despite being autistic.”

As former ACE Chair Sir Peter Bazalgette has observed: “People with Asperger’s can be brilliant systematisers but their social failings are often misunderstood. They also have a profound sense of humanity. It may not be socially spontaneous, but it’s there and explains why some of our greatest ever artists might today have been diagnosed with Asperger’s.”

Out of a belief that the opportunity for neurodivergent people to work shouldn’t be left to chance, Jon Adams and Donna Bish have founded Flow Observatorium (FlOb). it campaigns for neurodivergence to be recognised as a new equality category and for neurodivergent culture to have its own space and support structures, so that its artists can develop and flourish.

Thanks to financial support from ACE, FlOb will become a national hub and centre of excellence, led for and by neurodivergent artists. In partnership with Nottingham-based Threshold Studios and based at New Theatre Royal in Portsmouth, it will support the advancement of neurodiversity theory, culture and creativity through research collaborations with major universities, and campaign for parity and fair play across the arenas in which neurodivergent creatives participate.

By creating attitudinal and physical safe spaces, neurodivergent artists will be supported to make work, collaborate and engage within the cultural sector. Importantly, FlOb will provide training to organisations in not only being neurodivergent-friendly but neurodivergent-enabling as well.