Does living near a museum or gallery affect whether you visit it or not? Researcher Orian Brook borrows techniques from geography to investigate. 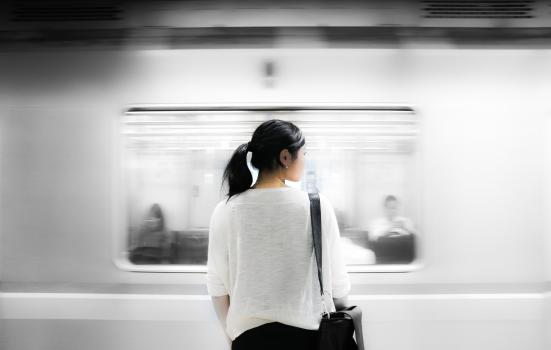 There is a lot of research into attendance at cultural venues carried out by practitioners, funders and academics. Research in the sector naturally focuses on audience development, including barriers to and motivations for attendance. Funders have addressed some of these motivational questions, as well as aiming to understand how audience profiles and trends compare to those of the population. Academics are concerned with the sociology of cultural consumption: how cultural tastes are socially constructed and contribute to class structure and social immobility. Oddly, no one has looked at the extent to which living near a cultural venue influences whether or not you attend.

The question, once posed, seems so obvious that it is hard to imagine how it was not previously considered relevant. I previously worked with The Audience Agency, aggregating and analysing box office data for venues. I was interested in taking my analysis further, but lacked the statistical skills to do so. When I was at the University of St Andrews I built a regression model that included the characteristics typically thought to influence attendance: educational qualifications, age, ethnicity, gender, occupational status (i.e. social class) and so on. The point of building a model is to look at the difference between the model’s predictions and real life, to see how it might be improved. I mapped these differences geographically and it was immediately obvious that the model had major problems as it had no information on where the venues were. In order to overcome these flaws I added an accessibility index.

The place you live in can make a big difference to your life. You can be affected by all sorts of factors from pollution and deprivation levels, to the kinds of neighbours you have, to your level of access to employment and services such as hospitals or shops selling fresh food. The relationship between place and outcomes is not usually simple. Accessibility depends on access to a car or public transport, or feeling safe using these. Importantly for cultural venues, your behaviour is influenced by what your neighbours do, building local social norms that may be passed on to children in the area (all of which can encourage or discourage cultural participation). The importance of access to green spaces or fresh food has often been studied in this way, but access to cultural sites had not.

I used techniques developed in the subject of geography to look at cultural participation. I used four years’ worth of data from the Taking Part survey, selecting respondents in London, adding in more detailed information about where respondents lived. I used the Museums and Galleries Yearbook to identify a list of museums and galleries in London, and used how often they are searched for on Google as a proxy for their size (read my paper for justifications of all this). For each area in London I created an accessibility index, based on how far it was from each museum or gallery and how big that venue was. I then included this measure in a statistical model to predict attendance.

My analysis broadly agreed with the existing theories about attendance, that education is most important, as is ethnicity, social class and being taken as a child. But it also found that having good access to museums and galleries was very strongly positively associated with the likelihood of someone attending. The relationship varied according to someone’s education, so that those with a degree were most likely to attend overall and more strongly affected by good access, but it also applied to those with fewer qualifications, and was strongest for ethnic minority respondents with a degree.

These findings were incorporated into the development of Audience Finder and in future all models of cultural participation will need to take accessibility into account. This research has clear implications for thinking about the geography of investments in culture and how long it will take new museums and galleries to develop a sustainable audience. The discussion about geographic inequalities in arts funding has so far been based on whether or not there is equitable funding for artists and organisations in different regions, but it must now also be seen to be an issue of fairness for the public, wherever they happen to live.

Orian Brook is a Research Fellow at the School of Social Sciences, University of Stirling.
rms.stir.ac.uk

It’s hard to believe that this is the first time that the link between proximity to cultural venues and attendance has been properly researched. It’s also intriguing to see how Dr Brook has taken techniques developed in geography and applied them to cultural participation to give us a new way to think about audience engagement.

This has clear ramifications for the sector and for local authorities – and it chimes with the findings of the annual tracker study we run at King’s. This tracker aims to establish an authoritative source of intelligence on attitudes and behaviours relating to culture and major events. In 2014 it found that two thirds of the population think that their local authority should actively seek out opportunities to host major cultural events and a similar number thought that funding is currently too focused on London

It’s particularly pleasing to see the Taking Part data being used to develop new insights and understanding. This important dataset regularly comes under threat when budgets are cut. Dr Brook’s research shows just how vital it can be in holding the cultural sector to account.

This article is a summary of research prepared for CultureCase, a new resource from King’s College London to provide the sector with access to academic standard research. The summary of Orian Brook’s academic paper is available on CultureCase.