After co-founding a successful dance company, Francesca Moseley reflects on her career as a producer, the support she has received and what it’s like to work freelance. 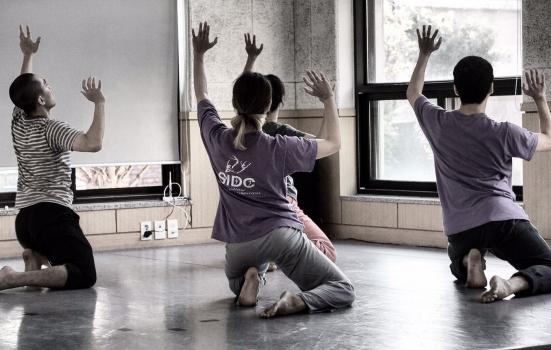 I’ve been working in the dance industry for nearly 11 years now. After completing my degree in Dance and Culture at the University of Surrey, I applied for a lot of entry-level jobs, and was successful with my second interview at The Place. I spent five years working in its theatre and artist development department, soaking up the opportunity to work with so many different artists and learning how to nurture their ideas from the initial stages of development right through to pulling the creation together on stage.

It was obvious to me from a fairly early stage that I didn’t want to be an office-based dance manager or a producer that crunches the numbers. I work in the arts because creativity inspires me. The term ‘creative producer’ can be overused these days, but to me the defining factor is that I am involved from the very seed of an idea, storyboarding and discussing what a production could be, through to casting the dancers, bringing in new collaborators and being in the studio on a regular basis, feeding back on the shape of the work.

I am not a choreographer, but as the producer I am often the person in the middle of the company or production, linking everything together: the venues, funders, artists, promoters and supporters.

I work now with James Cousins and together we set up James Cousins Company as Co-Directors in 2014. Since then we have taken a production to the Edinburgh Festival as part of the British Council showcase that subsequently toured in South East Asia, South America and the UK. Our first work, ‘Within her Eyes’, was added to the GCSE dance syllabus. And most recently, we have created our first full-length production ‘Rosalind’ in South Korea, as part of the British Council programme Shakespeare Lives.

A lot of things have happened very quickly, but because we aren’t regularly funded it feels like there is so much more we could do. If we could get some admin support and both fully focus on the company, this would release some of the pressure on my time.

This was one of the reasons why we applied to ArtsForward, the mentoring scheme run by Arts & Business. We were successful and have recently had our first meeting. It already feels really beneficial to work with someone outside the arts world. Our mentor looks at how we work in a very pragmatic way and questions why we are doing what we are doing – and what we need to do to get to where we want to be.

It’s exactly that business mentality that I want to learn from in order to propel the company and myself as a producer forwards. In this economy, it’s really vital to think creatively about funding and support, but also to think of the arts as a business. When people don’t, it undervalues what we do. I have always wanted to get people as excited about the best dance productions as they are about films or recording artists.

Despite the majority of my work being with James, I also work as a freelance producer taking on projects and productions with various organisations. Most recently this has included working with Luca Silvestrini’s Protein, the Royal Ballet, British Dance Edition and Matthew Bourne’s New Adventures and Re:Bourne.

I think it’s important for me to keep developing as a producer and every company or individual I work with enables me to learn new skills, be artistically inspired, expand my networks and challenge myself in the scale or style of work I’m putting on.

I’m also coming to the end of a mentorship with Beki Bateson from LIFT as part of One Dance UK’s Business of Dance professional development programme. Beki is an experienced producer and the work LIFT does is phenomenal, but it’s her drive and no-nonsense, fearless approach that I am trying to soak up.

This job doesn’t come without its challenges. Being self-employed is always hard and if funding bids are unsuccessful, or a tour falls through, you can suddenly find yourself without any work at short notice.

Or the opposite can happen and you can find yourself juggling three projects at the same time. There was a point last year when I was in Dusseldorf for British Dance Edition, flew to Tokyo the next day for Re:Bourne, and then a week later flew to Seoul to start work on Rosalind with James.

Francesca Moseley is a dance producer and Co-Director of James Cousins Company.
www.jamescousinscompany.com