How to influence inclusivity

By defining what inclusivity means for you and empowering all staff to make suggestions or raise concerns, you can identify where your work and your organisation are falling short, says Amy Firth. 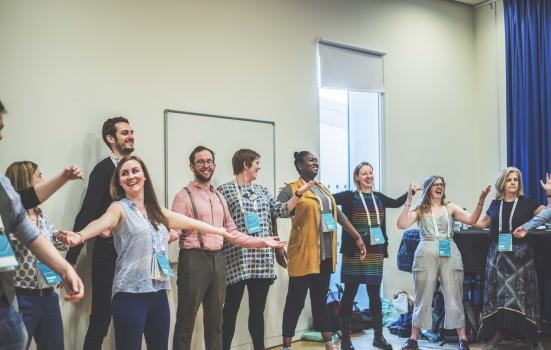 Changes towards inclusivity can come from sole employees, or the organisation as a whole
Photo:

What is inclusivity? The Universities of Cambridge and Oxford have both been accused of excluding students with certain characteristics, so perhaps starting with definitions drawn from their respective dictionaries is not the best place – but it is enlightening.

The Oxford Dictionary defines inclusivity as “the practice or policy of including people who might otherwise be excluded or marginalised, such as those who have physical or mental disabilities and members of minority groups”. The Cambridge Dictionary, on the other hand, says it is “the quality of trying to include many different types of people and treat them all fairly and equally”.

Arguably, these definitions are both quite different in meaning. By extension, what they mean in practice also differs. So, when even the dictionaries don’t agree, if you want to move your organisation towards inclusivity, it can often be better to focus on what inclusivity means specifically to you and your organisation.

The Arts Marketing Association (AMA) runs a programme called Breakthrough that works with organisations to do just that. By defining what equality, diversity and inclusivity means for CEOs and their senior management teams, and then working to understand where the differences and commonalities are in those definitions, we create a shared understanding that the organisation can take forward.

To move from just intent to becoming a truly inclusive organisation, you need to make sure that commitment is supported across all functions and at all levels – in terms of strategy, deployment and internal structures. Breakthrough works with senior management teams, so from that vantage point it is relatively easy to see the entirety of the organisation, to see where change is needed and act accordingly.

But if you are the lone voice championing inclusivity in your organisation, and not necessarily in a leading role in the organisation, this does not mean you are powerless to make change. Inclusivity is an ongoing process, and change of any size – incremental or strategic – is still progress on that journey.

It is still useful to define what inclusivity means for you, as that gives you a reference point against which you can identify where your work and your organisation are falling short. Because inclusivity affects all functions and all levels, it is almost guaranteed that some changes will be within your power.

For instance, the “family ticket” that is defined as two adults and two children. If a family doesn’t fit that model, then you are sending a message to them, as an organisation, that they are excluded from this “family ticket”. What can you do about this? Offer a wider range of combined tickets? Change “family ticket” to “value ticket”? But unless the team member selling them a ticket takes responsibility for feeding back the information that some customers are feeling excluded, or for suggesting a new approach, nothing will change.

Ideas can be fed up as well as down - but having the confidence to speak out and make suggestions can be daunting. One of the sessions which our Inclusivity & Audiences Day will look at on 7th November is specifically about identifying the changes that you can make, whatever your role, and developing the confidence to do that.

If you are in a senior position, it’s important that you cultivate a culture where people do feel they can be heard. This in itself is part of an inclusive organisation.  Because inclusivity affects all aspects of an organisation, and all levels, it’s even more important that people feel empowered to speak up and make suggestions or raise concerns, whatever their role.

Without taking a step back to look, exclusionary issues cannot always be seen easily, especially where such ways of work are “the norm”. The day-to-day hamster-wheel of activity often introduces the risk that we do what we’ve always done, because that’s easier – and opportunity for change is lost. It’s important to make space to think.

There is also the power we have, as individual people, outside of our jobs, to make change happen. Museum Detox is a fantastic example of how people took time out of their lives to come together and make a change in the sector for the better, having experienced and lived through organsiational behaviour that worked to exclude them.

Museum Detox is entirely volunteer-run, and arose from a few people taking action together. As individuals, they had a shared frustration at not being heard in their organisations, and by coming together, they have raised the volume of their voices. The inner workings of an organisation are best known by the people in it, but if they’re not diverse, then this is a key indicator that your organisation is not inclusive. This can become self-perpetuating. You will not get the full range of views that need to be taken into account, and therefore you cannot move forward.
We all have the power to make changes, be it on a larger scale like this, or on a smaller scale.

Much of the organisational behaviour that created the need for Museum Detox is not consciously intended to be exclusionary – but is a result of historic and unconscious bias. Taking unconscious bias tests is one thing you can to become more aware. It’s not a quick fix but once you are aware that you have biases, you can consciously run checks and balances against your work to ensure they are negated where possible.

We all have a personal responsibility for inclusivity. It is hard to get it right 100% of the time, and that’s why the dialogue and learning need to be on-going, whether you’re in a leadership position or any other role. We can all learn from each other, and you can find more shared learning on AMAculturehive.

Amy Firth is Head of Marketing at the Arts Marketing Association
www.a-m-a.co.uk
@amadigital

This article, sponsored and contributed by AMAculturehive, is part of a series sharing resources and learning from the online library for the sector.

How to influence inclusivity