How to… help writers break through

What should people working in the arts do to support writers in their early years? Steve Dearden, co-founder of the The Writing Squad, offers his thoughts. 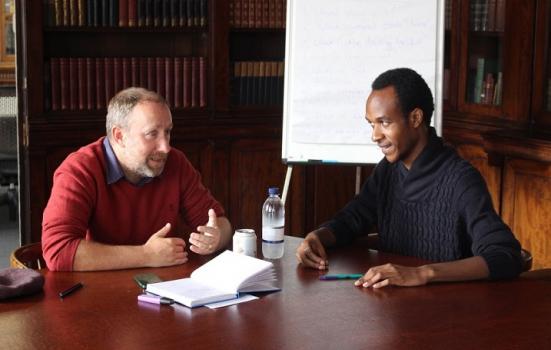 Sixteen years ago, when we set up The Writing Squad, there was little help available for emerging writers between supportive teachers and a handful of Creative Writing MAs. Now almost every college and university runs an undergrad creative writing course as a low maintenance cash cow.  Any writer with access to a barn or a large villa in the Med has the potential to generate a handy income stream.  Even the mainstream ‘writing industry’ are in on the act with publishers, literary agents and newspapers like the Guardian selling expensive masterclasses with famous names.

But what can and should arts professionals - whether you’re a producer, creative director of a theatre or director of a literature festival - offer writers that these providers can’t?

Treating young writers as artists - not as students or consumers – is a good place to start.

We created The Writing Squad to provide early career pathways, similar to those enjoyed by fine artists, dancers, musicians. Every two years we recruit 30 writers, aged 16-21 and based in the North of England, across all platforms for a programme of workshops and one-to-one development: from novelists and screen-writers, to poets and song-writers. This is followed by as much support as they want for as long as they want as they enter their chosen profession, or pursue writing in whatever way, shape or form it might take.

Being flexible and free of timetables, curricula and assessments can allow you to be there for writers as and when they need you, wherever they move in the UK or abroad. More and more of the writers we work with lose control of their time due to zero-hours contracts, for example, and sometimes health issues must take priority for a while, so it’s important to adapt delivery or wait for writers to be able to re-engage.

One of our writers, Sarah Gonnet, came to the Squad whilst recovering from an illness that sapped her self-confidence and left her knowing only that she wanted to write, but with no idea how to go about it. We were in a position to not only offer feedback and support, but also pay for her carer to travel with her so that she could attend workshops with professional writers and engage with other young people passionate about writing. She’s since written a poetry book, a novel and several plays which have been published or performed as a direct result.

It takes a long time to develop writers as they gain life experience, technique and voice. Our aim is not to get them through a course to a certain grade, but to help them achieve their own creative ambition and shape delivery around individual writers' needs.

Measuring success over the long-term, and celebrating achievements as they happen, are invaluable. But equally important is knowing that writers often need support most in the slump after a book is out or when, having been flavour of the year, their literary manager or director moves on and no one wants to produce their work.

Offering emerging writers the small amounts of money they need at the start of their careers, whether that is early investment in developing product - pamphlets, websites, shows - or the travel costs, can make the difference between being known by just the people they know, and beginning to make a name for themselves in the wider world.

A great example of this is May Sumbwanyambe, the playwright who, as a young writer living in Grimsby, couldn’t afford the train fare to attend events and workshops where he could forge the industry connections to further his career. He told me recently, “The Squad enabled me to work in cities all across the country when I could not afford to access those resources. It helped me to train in theatre centres of excellence at the earliest point of my career development.” May is now an award-winning playwright working on new commissions for The National Theatre of Scotland, Scottish Opera and the BBC.

Connecting writers with the opportunities that are right for them at the time, whether that is a local open mic night or a pitching session to agents, is key. But you must be more than signposts, and it’s important to collaborate on projects, publications and productions to accelerate their journey.

Writing need not be a lonely life; it can be a communal, generous and open art form. By investing in writers long-term, and being able to connect them with their peers as well as writers just a few steps in front of them, organisations can help writers create their own organic, self-sustaining networks.

This approach can help to find and develop incredible talents at a time when, more than ever, quality writing which reflects the diverse range of voices in this country is in demand.

How to… help writers break through