How can festivals promote a zero-tolerance approach to crime, including sexual assault, and what can be done if incidents do occur? Renae Brown shares some advice. 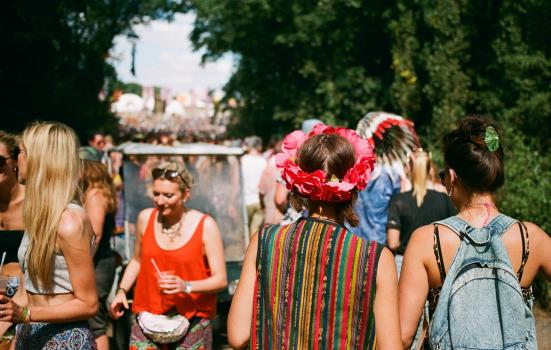 Crowds at the Secret Garden Party, which issues its own ethical code
Photo:

The Association of Independent Festivals (AIF), a support network for the independent festival industry, has gained a reputation for campaigning. In recent years we have launched awareness-raising initiatives about the dangers of legal highs, environmental issues and improved access for disabled audiences.

Our most recent campaign is Safer Spaces at Festivals. This tackles sexual violence and enables our members to reiterate their zero tolerance stance to the issue as well as an opportunity to share best practice.

Launched in May, it involved 30 festivals ‘blacking out’ their websites for 24 hours using a GIF with the key messages ‘Hands off unless consent’, ‘Don’t be a bystander’ and ‘Zero tolerance to sexual assault’.

Every security guard, volunteer and event staff member should be properly briefed to manage all incidents

In addition, 71 festivals signed up to our new charter of best practice that highlights the importance of staff training and taking a victim-led approach when dealing with any potential incidents of sexual assault.

Clearly, the issues around sexual violence are hugely sensitive territory, and part of a wider conversation that goes way beyond music festivals. For a start, sexual assault can happen to anyone, anywhere and at any time. According to Rape Crisis England and Wales, more than half a million adults are sexually assaulted each year, but only 15% of them choose to report it to the police.

Due to this under-reporting, there’s no evidence to suggest that instances of sexual crime happen more or less at festivals compared to anywhere else. But there have been some highly publicised incidents over the past few years, so festival organisers felt it was time to address the subject in a meaningful and impactful way. 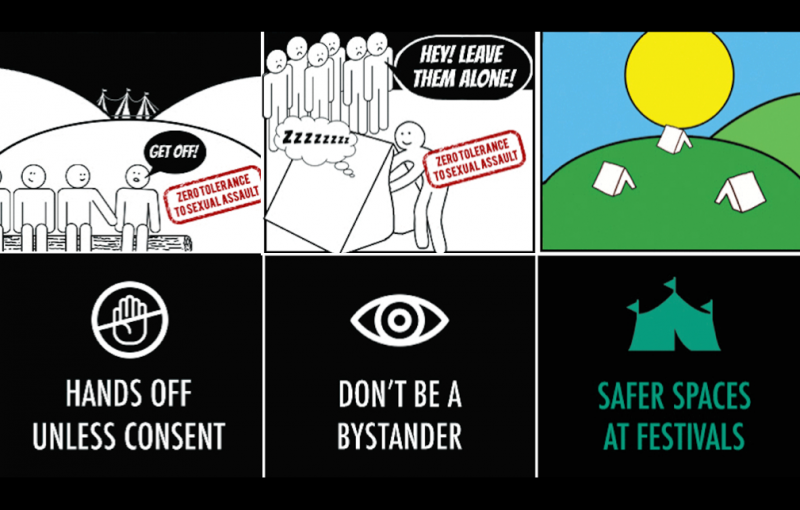 The reality this summer

Having raised such awareness, we are now focussing on the next steps. This means seeing the campaign translate to festival sites this summer, identifying any training needs and supporting a research project that will dig deeper into the statistics that festivals have about sexual violence.

During any festival, clear communication and expectations surrounding on-site processes between event management and security staff is key. Event organisers should have a dialogue with support services like Rape Crisis England and Wales about staff training and how to support victims.

We’d also like to see more festivals engage with the issue by highlighting what support or welfare services they have on-site prior to the festival. Then continue to reiterate their zero tolerance stance in messaging on their websites, social media and around the festival site.

Communication and reporting processes for any kind of crime, whether that’s sexual assault or theft, are crucial for all events. Every security guard, volunteer and event staff member should be properly briefed to manage all incidents and always respond from a place of belief so that victims feel safe and supported.

Festivals like Boomtown Fair and Bestival already have dedicated ‘safe spaces’ on their site, places where victims can find out more about support services and talk to others about their experiences.

Secret Garden Party is a festival already well-engaged with this issue in a number of ways. Before the event it assesses the demographic of the festival and prioritises attracting people with a similar ethos and values by issuing an ethical code which has the following points:

During the event it has dedicated slots at the forum where sexual violence can be discussed. Safety advice and support information is included in the event programme and it also uses pre-event messaging to help reinforce welfare objectives.

Sexual violence is such a serious issue that can affect anyone at any time, so all festivals should be addressing it in some way. We’ve already had conversations with parallel industries such as music venues about joining the dots in the next wave of the campaign, and we hope to see it supported by even more festivals next summer.

Renae Brown is Membership & Events Coordinator at the Association of Independent Festivals.
aiforg.com