What sets the 'cultural digerati' apart from the rest? Hasan Bakhshi reflects on the findings of the ‘Digital Culture’ research into how arts and cultural organisations are using digital technology. 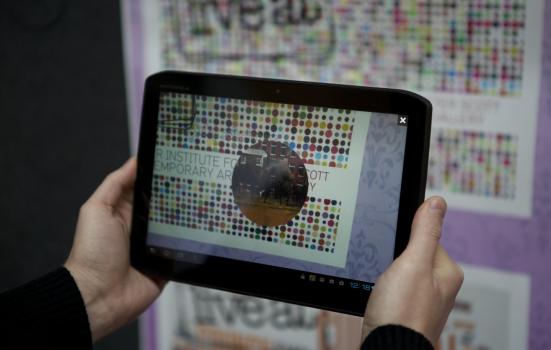 Earlier this month Arts Council England, the Arts and Humanities Research Council and Nesta published Digital Culture, the first set of findings of a three-year inquiry into how arts and cultural organisations in England are using digital technologies. The survey data on which the report is based is a mine of quantitative information on the experiences and attitudes towards technology of nearly 900 organisations spanning different art and cultural forms, size and region. There is also data on organisational performance, including how important an organisation judges technologies to have been for pursuing its core missions, as well as the usual financial indicators. Here are the findings that strike me as most significant.

Digital technology is permeating all aspects of an organisation’s activity, but it is most important in relation to marketing activities: almost three-quarters of respondents now regard digital technologies as essential to their marketing.

Almost half of arts and cultural organisations are now creating ‘born digital’ works native to and created for the digital space. There are, however, significant differences across art and cultural forms. Those engaged in the exhibition of physical artefacts are far more likely to produce born digital works than those which do time-limited and performance art. For example, 64% of visual arts organisations report producing born digital artworks compared with 34% of theatres.

The last year has seen significantly increased adoption, with many organisations undertaking their digital activities for the first time in the 12 months before the survey. One-third now see digital technology as essential for distributing and exhibiting their work. Live streaming stands out as one of the fastest growing digital activities. While still only 15% are engaging in simulcast or live streaming of performances, more than half say that they started doing so in the past year. The picture is far from even, however, with larger organisations – those earning revenues more than £500,000 a year – two to three times more likely to simulcast or live stream than small organisations with less than £100,000 a year.

While specific technologies will obviously be more relevant to some organisations than others, the research suggests areas for greater experimentation. It is striking how, for example, museums consistently report much lower levels of activity and impact from digital technology, particularly in terms of audience development and revenue generation.

When organisations are ranked by how important they judge digital technology to be to their different activities (creation, marketing, distribution and exhibition, preserving and archiving, operations and business models), the data reveals a high degree of clustering. In other words, those organisations that have embraced digital technologies in, say, their creative practice have also tended to do so in their operations and business models. The top 10% – let’s call them ‘cultural digirati’ – are far more likely to say that digital technologies have had a ‘major impact’ on their ability to fulfil their missions effectively, and they are over three times more likely to say that digital technology has had a major impact on their revenues and profitability.

What are these organisations doing differently? They are more experimental and more likely to prioritise research and development. They are more than twice as likely as the sector as a whole to have created standalone, born digital works and to have adapted or re-staged works to have made them suitable for digital consumption. They are twice as likely to have digital expertise distributed across their organisation and 2.5 times more likely to use data in the development of new products and services. They are also more than twice as likely to say that digital technology has had a major impact on their strategies, and to place value on external sources of technology-related expertise, advice and ideas, including from their trustees.

What should we take away from all this? Well, as a richly varied set of survey responses, the data will keep cultural researchers and analysts happy! But far more importantly, the variation means that there are valuable opportunities for arts and cultural organisations to learn from each other. It is no coincidence therefore that the research comes from the same stable as the Digital R&D Fund for the Arts, a defining feature of which is that the insights and results from the projects they support are captured and energetically disseminated across the sector.

Longitudinal data which allow arts and cultural organisations to benchmark their performance against their peers and, over time, enable funders to rigorously establish their additional impact, should be seen as an integral part of what funders do.

Hasan Bakhshi is Director, Creative Economy in Nesta’s Policy & Research Unit and is Chair of the Steering Board for the Digital R&D Fund for the Arts.
www.nesta.org.uk
Full report: Digital Culture: How arts and cultural organisations in England use technology

The Digital R&D Fund for the Arts is a three-year programme in England. The deadline for expressions of interest is 7 January 2014. The R&D Fund is being separately piloted in Scotland and Wales.