Charities in England and Wales join Scotland in being able to convert directly to a charitable incorporated organisation. Mahmood Reza explains the different charity structures and the new process. 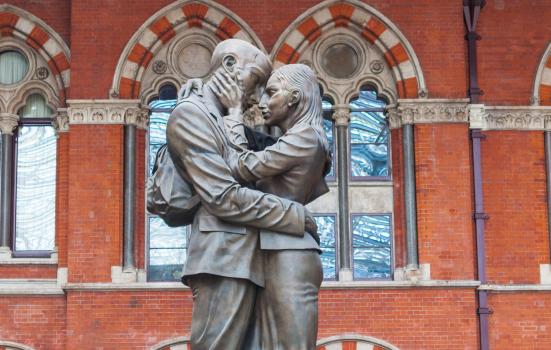 Charitable incorporated organisations (CIOs) have been in existence since 2013. A CIO is one of the four types of legal structures that are available to charities, the other three being a trust, unincorporated association or company limited by guarantee. CIOs were designed specifically for charities, allowing them to register just once with the Charity Commission as an incorporated form of charity – so no longer a company and therefore not obliged to register and report to Companies House.

CIOs still have the full range of benefits and reliefs available to other charity forms, such as charitable rate relief of up to 80%

There is no minimum income level for registration with the Charity Commission, so it is suitable for any small organisation that employs staff. And a CIO is able to generate income in the ways that other charities do.

CIOs are similar to companies in that they can enter into contracts in their own name, and the trustees and members generally have limited or no liability for the charity’s debts. They keep their existing name, bank accounts and crucially can continue to receive legacies left to the original charitable company.

They still have the full range of benefits and reliefs available to other charity forms, such as charitable rate relief of up to 80% (some local authorities will top this up to 100%) and the ability to submit applications to trusts and foundations and Gift Aid claims (if converting you can keep the same HMRC charity number).

Being a CIO is simpler than establishing a charitable company. CIOs with an annual income under £250k can prepare receipts and payments accounts, while smaller charitable companies must prepare accounts on the accruals basis.

However, there are some disadvantages to being a CIO:

Back in 2013 ‘direct conversion’ was only offered to charities based in Scotland, but as from the start of this year it is available to charities in England and Wales. The Charity Commission has introduced a phased timetable for the change based on the annual level of income.

Applications for conversion are made via an online application form (no more than two pages). The following is the main information to be submitted:

After the online application has been submitted, the Charity Commission will undertake a number of checks:

If everything is satisfactory, the Charity Commission will request Companies House to remove the company from the register of companies and then complete the registration of the CIO. The date of conversion of the charitable company to a CIO, as shown on the public register of charities, will match the date of removal of the charitable company at Companies House.

To convert an unincorporated charity to a CIO, you need to set up a new charity, following the guidelines set out by the Charity  Commission and registering it with the Commission. If your CIO’s proposed company name includes words like ‘charity’ or ‘charitable’, then the Charity Commission must be asked to confirm it doesn’t object to this. You can then transfer your original charity’s assets and liabilities to your new CIO, then close your original charity.

Once the asset transfer has completed, you can close your original charity in line with any rules set out in its governing document, and then notify the Charity Commission that it has closed.

A community interest company (CIC) can also convert to a charity by setting up a new charity, transferring the CIC’s remaining assets to it, then closing the CIC. A CIC is a special type of limited company that exists to benefit the community rather than private shareholders. The Charity Commission has said that direct conversion from a CIC to a CIO is planned for September.

This article, sponsored and contributed by Pro Active Resolutions, is part of a series sharing insights into accountancy issues in the arts.

13/05/2019: The article was amended to clarify the process for converting an unincorporated charity into a CIO.

In the guidance above, you state that 'To convert an unincorporated charity to a CIO, you need to set up and register a new company with Companies House.' This is incorrect. CIOs are not companies and do not need to register at Companies House. Unincorporated charities that wish to become a CIO would be better off following the Charity Commission guidance found here: https://www.gov.uk/guidance/change-your-charity-structure
Thank you for your comment - we have amended the article to reflect this point.