Dancing on the pinhead of pricing

Baker Richards helped the Royal Opera House kick-start a revolution in evidence-based marketing that increased revenues by £400,000 in six months. Tim Baker talked to Lucy Sinclair about the value of using data to drive decision-making. 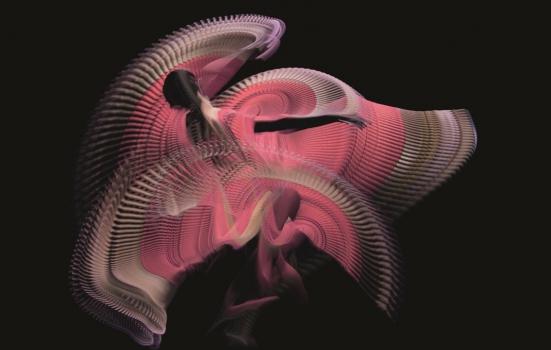 Like the whole of the cultural sector, the Royal Opera House (ROH) needs to respond to pressure on public funding (its Arts Council England funding was cut by 3% in 2018) by increasing earned income, while at the same time becoming more approachable to a wider audience. This is a key aim of its ‘Open Up’ initiative. Ticket pricing is a particularly sensitive issue: as Lucy Sinclair, Director of Media and Audiences, puts it, the ROH is “dancing on the pinhead of pricing”.

“This is an incredibly delicate balance, where we need to increase price just enough to reduce frequency of attendance”

In many ways, pricing is at the heart of any debate about achieving the sometimes contradictory objectives of increasing both audience income and accessibility. Lucy decided to use a data-led, evidence-based approach to ensure ROH made the best possible decisions for all audiences. Working with Baker Richards initially, and subsequently with her new in-house team led by Zahra Mawani, allowed her to address this challenge head-on. ROH confidently reduced some prices while increasing others, and raising the overall financial capacity of the venue.

Initial results are encouraging, with income increases significantly ahead of inflation within the first season of implementation.

When Lucy joined ROH two years ago, a key part of her brief was to build the organisation's capacity to make the most of the rich data it collects in the process of interacting with audiences. This has meant a lot of changes, including new team members whose focus is on using data at the centre of their marketing, communications and digital efforts. Lucy describes the overall revenue strategy as twofold: “Using pricing to increase financial capacity and then data-driven marketing, and communications to realise the value of that increased capacity.”

An extensive programme of analysis, begun by Baker Richards and now taken on by these new team members, identified that the ROH was relying on a small core of extremely frequent customers (though not always very high value in terms of ticket yield or donations) to sell the majority of tickets.

The ongoing challenge is to realise the full lifetime value of that core market while also ‘opening up’. As Lucy describes, this presents challenging decisions as they seek to spread risk by growing the core audience and generating new audiences: “We need to accept the difficult reality that making more tickets available to new audiences sometimes means that the frequency of attendance of regular customers might need to reduce.

“This is an incredibly delicate balance, where we need to increase price just enough to reduce frequency of attendance without reducing income or being exploitative. We can only embark on such a strategy with a really sophisticated understanding of the behaviour of our customers.”

The last year has seen big changes to the ROH’s overall marketing approach, again driven by data. This has meant a radical reduction in spend on paid-for media (press, radio, outdoor, printed brochures), where results can’t be tracked, and instead focussing virtually all investment on digital marketing, where return on investment can be closely monitored.

The new strategy leveraged previously under-utilised channels such as PPC (pay per click), retargeted display and paid social on Facebook and Instagram. The team has also launched a big change in its digital content strategy, focusing on video over the written word, and has embarked on rebuilding the website.

Lucy says: “Previously, social media was delivering great reach and PR but not converting to sales.” They are now using sophisticated analysis to track posts and put money behind content that gets a good reaction, then automatically ‘throwing good money after good’ – the opposite to what often happens in arts marketing, where spend is usually focused on difficult-to-sell inventory.

The paid Facebook activity alone is now regularly achieving over 1000% return on investment (ROI). For every pound they spend, they sell £1,000 of tickets, and as a result have been able to substantially reduce the budget dedicated to paid media, while increasing income.

In tandem, the Digital Marketing and CRM team, led by Kieran Chapman, has also simplified the CRM strategy, focusing on audience engagement and response rates, with constant A/B testing of messaging focused on maximising revenue. Email marketing now contributes over 25% of ROH’s box office revenue, up from 16% two years ago when the changes began.

This article, sponsored and contributed by Baker Richards, is in a series sharing insights into how organisations in the arts and cultural sector can achieve their commercial potential. The company celebrated its 15th birthday this month.

Is price a reason for low engagement - or just an excuse?
Pulse report: The art of pricing
Can less be more?
Dancing on the pinhead of pricing
Finding the magic money tree
Would you like fries with that?
The AAA of income
Making your aims achievable
Marginal gains make more money
In pursuit of the holy grail