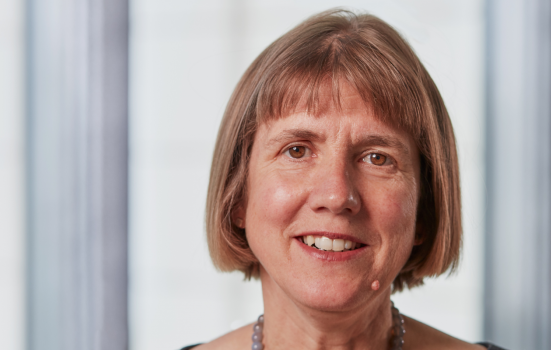 It doesn’t seem possible that Turner Contemporary has been open for a decade. My career has been driven by a passion for art and the power of the arts to affect change. In Margate I’ve had the privilege of establishing and leading a cultural organisation that has been the catalyst for social and economic regeneration. Over that time, we’ve had extraordinary visitor numbers (3.6m) and our social and economic impact has been impressive, but there is still lots for my successor to do.

In April 2011, the gallery opened to critical acclaim with a vision to create an international organisation that connects art, people and place located in Margate. This role required a very different set of leadership skills from the first phase of the project, but those early years were instrumental. I learnt so much about the local community, about the importance of vision, creative risk taking and about ambition.  I also developed my resilience and was supported by a great team and hard-working trustees.

Ten years on, the world has changed massively. The pandemic hit East Kent hard and there continue to be shockingly high levels of deprivation in Margate.  In the last 18 months, we’ve moved more of our work online but are very conscious that digital isn’t the only way forward. During the pandemic, the gallery worked in partnership with the County Council and others to distribute art materials across the county.

As Director, I’ve tried to do things differently while retaining an emphasis on excellence. Our focus on child-led leadership and co-curation, for instance, has seen the realisation of some innovative projects such as Pioneering Places and Journeys with The Waste Land.

I’m so proud of our programme which includes hosting Turner Prize 2019, large-scale group exhibitions and commissions by some of the leading artists of today – Daniel Buren, Yinka Shonibare, Barbara Walker and Maria Nepomuceno.  After almost 20 years in Margate, Turner Contemporary is in good shape and I’m optimistic that the gallery will go from strength to strength.

I was appointed by Kent County Council to lead the development of a new arts organisation in Margate that would celebrate JMW Turner’s legacy and have a significant regeneration impact. The early years were a rollercoaster as the project to build a new gallery took a lot longer than anticipated. Working with artists in the community and commissioning art in the public realm was hugely rewarding and helped build support locally, regionally and nationally.

Working out of rented offices in Margate Old Town, we used a variety of buildings as information centres and project spaces.  A former M&S store became our gallery for around 18 months and really helped to drive footfall to the once thriving High Street as well as making our work more visible.  It’s here that the first Turner Contemporary Open was presented. Later this autumn, we will stage our second Open exhibition, but the first in Turner Contemporary’s elegant spaces.

In 2006, David Chipperfield Architects was appointed to design the gallery. I worked closely with the design team to realise an architectural scheme that would deliver on our ambitious vision ‘Art Inspiring Change’.  In 2010, the County Council handed over the building to a newly formed independent charitable trust chaired by the energetic and inspirational writer and journalist John Kampfner.

I had a wonderful time at Tate Liverpool and moving from there to Margate felt like a natural progression, although the reality was perhaps more complex than I had realised. Tate was a long-established organisation with considerable resources, while in Margate everything had to be set up from scratch.

Tate Liverpool was a cultural-led regeneration initiative and there were so many opportunities to work with great artists, a collection, and projects across the city and region. While I was there, I oversaw the work of the Exhibitions team and worked on a range of different curatorial projects including artranspennine (1998).

As gallery director within a local authority structure, I managed a small team of staff with responsibility for a programme of temporary exhibitions of contemporary art. It was an incredibly creative role, and the team were amazing at delivering huge numbers of exhibitions every year to a diverse and local audience. Located on the first floor of a library building with one very small lift for moving books rather than art or people, it wasn’t always easy to get artworks or audiences into the building, but I’m really proud of our commitment to artists.

This was my first job in the sector. We were a tiny team but hugely committed. One of my first projects was to catalogue the University of Warwick art collection which was housed across the campus. Sarah Shalgosky was an inspiring curator and encouraged me to undertake two secondments - to Tate St Ives and to Lawrence Wilson Art Gallery in Perth, Western Australia.

These opportunities were so important to my personal and professional development. They enabled me to see how things were done in other institutions, to really think about what it means to be an audience focused organisation and to observe and learn from the leadership skills of others.

And next month, I move to become CEO of The Box in Plymouth. A role full of potential, new challenges and excitement. I’ll be working in Britain’s Ocean city rather than a seaside town and I’ll be using my learning from Margate, Liverpool, Nottingham and Coventry to ensure that The Box is embedded into the life of the city. I’m massively excited and am looking forward to working with a new team to drive change.

Victoria Pomery is CEO Designate of The Box, Plymouth. She was awarded an OBE for services to the arts in 2021.