What role do arts organisations play in mobilising community engagement and encouraging people to take part in civic life? Andrew Barnett explains why the Calouste Gulbenkian Foundation has launched an inquiry to find out. 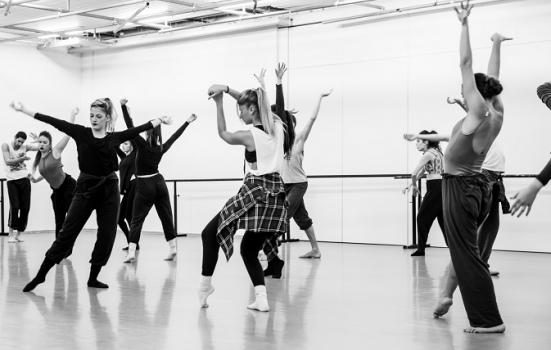 2016 marks the 60th anniversary of the Calouste Gulbenkian Foundation so we are looking back but, importantly, looking forward: I call it going back to the future.

Since we first published Lord Bridges’s Help for the Arts in 1959, we’ve been encouraging arts organisations to play a civic role, nationally and in their own communities, although we might not have described it that way.

Now is the right time to take stock of what we really mean by ‘civic role’. Through research and consultation, we aim to develop an understanding of what the future may hold: the context within which arts organisations operate and what ‘next practice’ could look like.

There is a lot of discussion at the moment around building resilience amongst individuals, in and between communities; how we can encourage more people to get actively involved in the places where they live and the issues their communities are facing? Place is important but it’s always about connecting people with common interests and giving them voice.

Arts organisations and artists can contribute to this and we need to understand better the benefits of involving them in public discourse, and providing places where people can meet and connect. As a result, it is really important that we understand the current scale and potential for arts organisations to take a more active role.

Arts organisations are not islands of culture that sit apart from communities. They are very much part of those communities; part of, not apart from, civil society.

A belief in collaboration underpins everything we do: greater impact can be achieved by harnessing the distinctive impact of others. Many arts organisations have seen themselves as separate from, and different to, other organisations in the social sphere. We want to help foster better links.

One of the things I have observed in our initiatives – from marine conservation to the arts – is that small organisations are doing lots of interesting things but massive fragmentation persists, and experience and resources are often not shared. A lot of our recent work has been about supporting this practice and evidencing its value.

With the inquiry, we want to go further than that by understanding better the full extent and potential for the civic role of the arts. We want to raise the profile of the best projects and seed a network for future activity. We also want to be open to what is happening in other parts of the world and identify how we can translate the right examples to the UK context.

A good example is El Sistema, a music education programme originating in Venezuela which now has over 400 programmes worldwide benefiting over 700,000 young musicians from impoverished backgrounds.

Our colleagues at our parent foundation in Lisbon have supported its adaptation to benefit young people there. But what was it about this project that caught the imagination of so many and led to its successful transition to other countries? Is there a current UK project with the potential to match this breadth and depth?

We already know of a number of innovative examples in the UK, some of which have been inspired by projects from other countries. Streetwise Opera creates positive change in the lives of homeless people. This summer the organisation will support the production of ‘With One Voice’ during the Rio de Janeiro Cultural Olympiad as part of what they hope will become a new international arts and homelessness movement.

Brazil has long recognised, valued and measured the civic role of the arts and is reaping the benefits. One such Brazilian innovation in this area has inspired The Agency, a collaboration between Battersea Arts Centre and Contact Theatre in Manchester, which helps young people to develop social enterprises. It offers a way of engaging young people and connecting them with each other.

Following a successful two-year pilot period supported by the Foundation, the project was awarded nearly £400,000 from The Big Lottery to continue its ground-breaking work engaging young people from under-served communities nationally, starting in Manchester and London.

A great example of their work is Amplify, which brings out the identity of young people through creative musical reflection, strengthening the voice of young artists and helping them get into the musical industry.

David Jubb, Joint Artistic Director Battersea Arts Centre, pinpointed the civic role of The Agency when he said: “At a time when there are over one million young people unemployed in the UK, at a time when costs in education are rising beyond the reach of many, at a time when we need to invent new social, economic and environmental models… it is precisely the right time to invite and support young people to develop their own ideas in their own communities. Giving hope, import ideas and tested and applied in a different setting. How can we contribute more?”

My hope is that this inquiry will help us uncover similar inspiring and innovative examples of the civic role being played by arts organisations and help us work out the best ways to collectively give more people more opportunities. But it’s not just about models of best practice; it’s about a philosophy in which citizens are put at the heart of our thinking. It is time for each one of us to take responsibility for the wellbeing of our communities.

The arts are a great ally for many different communities and a true enabler of collaboration. Arts bodies are naturally nurturing, welcoming, skilled at spotting hidden talent and well-placed to unlock dreams. How can we use these places to become a greater ally of civil society more widely?

There are many pockets of astonishing interplay between arts bodies and civil society. Our intention is to work with the arts and other interested organisations to craft recommendations about how this role can be strengthened through policy change and practical support.

There is a pressing need for new and more creative ways to engage with local issues – all the more so at a time of increased demand on public resources. Collectively we can revitalise our communities by inspiring people to be more engaged in the places they live. We believe this inquiry can help develop a strong and growing movement of arts organisations that embrace and expand their civic role.

To take part in the inquiry, go to civicroleartsinquiry.gulbenkian.org.uk