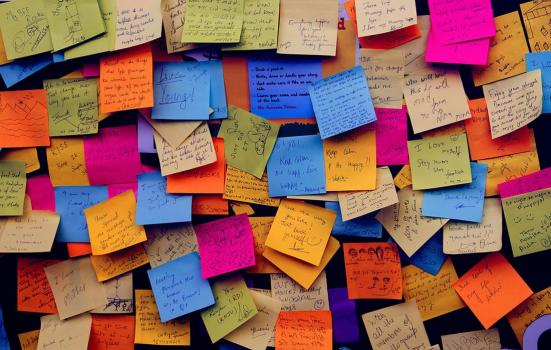 Keep a close eye on buzzwords and jargon
Photo:

As arts fundraisers, we’re practised in putting together the best possible versions of our missions, ambitions and achievements. We want our readers – be they donors, prospective funders or the audiences engaging with our work – to be wowed, moved and entertained. And to achieve that, we crack our knuckles over the keyboard, flex our copywriting muscles and settle down to write the perfect case for support.

There’s a danger that no matter how diverse our organisations and activities are, we all sound the same

Yet too often, fundraisers are guilty of some cardinal writing sins which, far from presenting our organisations in a uniquely fascinating light, actually serve to homogenise their cause. There’s a danger that no matter how diverse our organisations and activities are, we all sound the same. We use the same words and the same phrases, which we are conditioned into believing will really push a funder’s buttons.

There are a number of things that can make these writing pitfalls hard to avoid. One is the urge to emphasise the alignment your organisation and your project has with a funder’s objectives. Straightaway, you are given a set list of values and preferences to examine and assimilate into your application – a proffered series of word-hoops to jump through.

This is not unhelpful, of course. It’s also necessary for the funder (many of whom are as under-resourced as the organisations they want to support), and a good fundraiser should be able to sensitively and intelligently reflect a funder’s objectives in their case for support. But it can mean that you lose a little bit of creative control over the way in which you tell your organisation’s story, and once lost, that can be difficult to fully regain.

Then there are the buzzwords. We all know them, and we all use them because of that inner, sober-suited fundraiser that tells us these are the proper words to use, ones that will make our organisation appear sophisticated and knowing. And yet, as much as an application crammed full of phrases like ‘engaging new participants’, ‘community cohesion’, ‘organisational resilience’ and ‘attracting diverse audiences’ may read like a good funding application, that doesn’t necessarily mean it is one.

These words and phrases, even though they’re not exclusive to the arts, nor even to the charity sector, take on a jargon-life all of their own when they’re so consistently used in the same formats, the same sentence structures that we’re all reading, hearing and writing, time and again. I’ve listed below a few of the most-overused words and phrases, my real bugbears, and suggested how they might be re-framed. What are yours?

Possibly the most over-used phrase in any fundraiser’s copywriting arsenal, mostly because it’s a very useful one. Often used to gesture, almost coyly, at the bigger picture: You can support us to achieve x; You can support us on the journey to achieving y; This will form part of the support we need to do z.

You can’t (and shouldn’t) throw the word out altogether, but when deployed too often, it can sound too obviously euphemistic, too imprecise, or both. Find at least a couple of alternatives. If you’re asking for money, talk about that directly, or if it’s advice, time or in-kind resource, then specify that from the beginning.

Impact, together with its queasy adjective ‘impactful’, can be a slithery term, again often lacking in specificity. It can imply a huge amount, from tiny shifts in mood and perspective, to short-term sways in opinion, to long-term, life-changing effects.

It sounds obvious, but rather than using phrases like ‘significant positive impact on’ or ‘will impact future engagement’, crystallise what you mean in terms of specific cause and effect, and define your parameters. Don’t just rely on the ripple-effect connotations of the word to signify your work’s significance.

The way in which you deploy this term can be a dead giveaway as to how much you actually know about it. Community tends to connote good things such as neighbourliness, solidarity, identity and stability, making it a positive thing to invoke. It shouldn’t, however, become shorthand for homogenising those in your general environs, or a demographic group that you want a particular project to engage but don’t actually know that much about, or used vaguely to imply a certain body of people who you assume are going to form your audience.

Define what the term means in reference to your project or your cause as clearly as possible, backed up by statistics or case studies if possible. Have specific plans for engagement, showing what work you’ve done in this area already (and acknowledging any challenges or knowledge gaps).