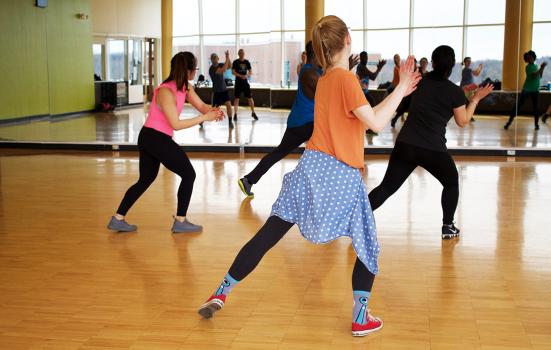 The arts can boost health - but what evidence do we need?
Photo:

In 2019, a report by the European Region of the World Health Organisation (WHO) provided an overview of the enormous international body of research literature that has accumulated over the last 15 years evidencing the role of arts in supporting the promotion of health, the treatment and care of people with acute health needs and the long-term management of chronic health conditions.

It is very welcome to see them take a serious interest in this field: it is the most downloaded WHO Health Evidence Network report produced that year and a principal driver in the WHO’s plans to promote inter-sectoral collaboration.

But the WHO report has limitations, and I have outlined these in a critical review that hasn’t been universally welcomed.

My critique stems primarily from it being a ‘scoping review,’ which takes for granted the conclusions drawn in a wide diversity of different kinds of studies, without a careful screening of sources to establish substantive relevance and robust research quality.

There is little doubt that the arts do have an important contribution to make to health and wellbeing. The effectiveness of ‘arts on prescription’ is supported by a growing body of evidence and referral by link workers to creative activities for health is now firmly established as an option within the national scheme for social prescribing in England. Well-designed controlled trials on musical activities for health, including drumming and singing, have produced encouraging results1, and significant progress has been made in understanding how the music can generate improvements in health and wellbeing.

But such successes in progress in the field should not blind us to real limitations in some of the research that finds its way into highly regarded peer-reviewed journals. The claims made by researchers should always be approached with a robust critical attitude, and sometimes, such claims can be found seriously wanting.

There are three approaches towards being critical of research.

Firstly, we can use common sense and careful reading to assess the plausibility of the results reported. If we read, for example, that the arts are ‘crucial to reducing poor health and inequality’ as claimed in a press release from University College London on the release of the WHO report, our critical antennae should begin to vibrate. We all know that the major social determinant of poor health is poverty, and that decent food, housing, education and employment are the crucially important determinants of health. Can we really regard the arts as being ‘crucial’?

The release goes on to quote Daisy Fancourt as saying that the report: “highlights that engagement with the arts can affect social determinants of health, improving social cohesion and reducing social inequalities and inequities. Crucially, the arts can support the prevention of illness and promotion of good health.” But further examination reveals that the research cited in the report – a small-scale study of music therapy in Korea, and a larger-scale investigation of the outcomes of the El Sistema programme in Venezuela – simply does not support such claims about reducing social inequalities.

Secondly, we can evaluate research based on commonly accepted research standards. A great deal of arts and health research in the major social science and health journals can be described as ‘positivist’ or ‘post-positivist’, relying on tools such as experimental or survey designs, specified variables, standardised and validated questionnaires, and the use of statistics to draw conclusions. Such research can be criticised if it fails to live up to generally accepted standards, which in recent years have become increasingly ‘formalised’ through the pre-registration of research and checklists for assessing quality. As research output in arts and health has expanded, so we have seen an increasing number of these ‘systematic’ reviews – and it is very striking how often the research papers considered for such reviews are judged to be of insufficient rigor or quality to be included.

The WHO health and wellbeing review relies heavily on previously conducted systematic reviews, but generally emphasises the positive conclusions drawn from them, rather than stressing the caveats and calls for further research that generally appear in the conclusions of such reviews.

Finally, we can judge research by questioning the assumptions on which it rests. According to Rom Harré2, the central problem with the accepted scientific paradigm is its failure to recognise the fundamentally moral, rule-based nature of social life, the role of individual agency and the centrality of language. For example, an Austrian research paper on music and prejudice included in the WHO review purports to show that ‘mere exposure’ to recorded songs with ‘socially inclusive lyrics’ leads to a reduction in prejudice towards Turkish immigrants expressed by German-speaking university students.

The study should not, in my opinion, have been included in the review as it is not really about arts and health. But more worryingly, it treats music as a ‘stimulus’ in an oddly artificial behavioural experiment, which mysteriously ‘impacts’ on attitudes. It completely fails to consider the real world ways in which young people, as active agents, might engage with music to express or challenge pressing social issues as racial prejudice.

In the course of writing my review of the WHO report I had conversations with many colleagues in the field and asked some to comment on early drafts. Since its publication I have had further discussions. Reactions to my critique have been very polarised. Some have said that I have been harsh and unduly critical; that I have not been ‘collegiate’ or constructive; that I have failed to understand the purpose of a ‘scoping review’ designed to raise awareness; and even that I have offered ammunition to those sceptical of the value of the arts for health.

Others, however, have welcomed my review as much needed in a field that has become somewhat ‘self-congratulatory.’ What has been especially striking to me is that people outside the world of academic research, including artists and managers of arts organisations, who have experienced the pressures from the health sector to ‘evaluate’ their work, often in inappropriate ways, have been especially appreciative. Here, to conclude, is one example:

“Just read your review on the WHO report. To a layperson like myself I never would have picked up on the very detailed and thorough review you have given – but it is needed and most fascinating.”

His critical review of the WHO report on the role of the arts in improving health and well-being is available to download, supported by a series of guest blog posts hosted by the website Colouring in Culture.

A recording webinar on the need for robust critique of arts and health research is available on the ICCM website. The event took place from the International Centre for Community Music, York St John University, on 10 September 2020.

A failure of scholarship in the field of arts and health
Are the arts overclaiming on wellbeing?