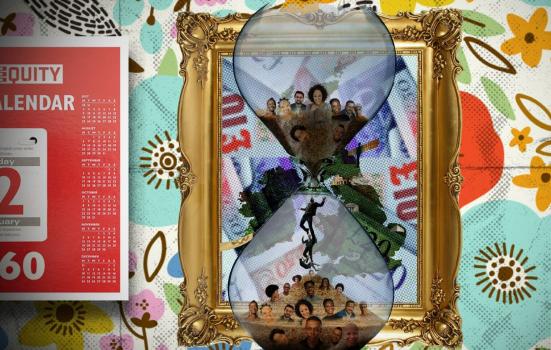 Arts Council England's diversity strategy of investing in a portfolio of mainly White-led institutions and then, under threat of sanction, requiring them to drive more diverse staff and audiences through their doors, has not delivered the racial diversity we need.

ACE must prioritise the funding of more diverse-led organisations, rather than simply acting as the diversity monitor of White-led ones.

It’s the economics that matter most. If ACE were to fund Black Asian and Minority Ethnic* organisations equitably, there would be an automatic improvement in the diversity of the sector’s audiences and workforce. Yet this - and previous reports over the last five years - fail to identify the distribution of over 70% of its funds, instead focusing narrowly on either project funding or Covid recovery funding applications.

Excluding such a large proportion of the funds it manages from its reports allows ACE to paint a rosier picture on diversity than is the reality. It skews the data towards workforce and audience demographics, where some improvements can be seen, but away from a comprehensive analysis of where its investments end up, where results are deeply inequitable.

Glaring omission in the presentation of data

ACE has this diversity data at its disposal – indeed it makes available to the public where all the funds it distributes go. But it fails to cut and present the data in such a way that would clearly show how inequitable the distribution is. This is either a lost opportunity or a glaring omission – depending on your standpoint.

Looked at close up, while ACE does include data on how its project funding programmes - worth £97.3m p/a - are distributed, that glaring omission on the percentage of NPO funding that goes to  ethnically diverse organisations fundamentally undermines the report.

Just over 70% of ACE’s funding goes to NPOs, yet for the last five years ACE has not reported on how its largest funding programme - worth £407m p/a - is distributed in terms of diversity.

As well as offering larger grants, NPO funding is longer term and more stable, minimally four years but often upwards of eight years, than project funding, which is often a much shorter term 1-3 years.

But only 2.4%* of NPO funding goes to ethnically diverse-led organisations whereas 18%** of ACE’s project funding went to them. This raises the question: does ACE regard diversity of the NPO workforce, and of applications to its short-term funding schemes, as more important than providing long-term core funding to Black, Asian and Minority Ethnic-led organisations through its flagship NPO programme?

ACE must not bury bad news

To make fundamental and rapid improvements on diversity, ACE must address how all its money is distributed, including its NPO funds. For its reports to be trusted, ACE cannot bury or omit ‘bad news’; or omit the most important measure of racial equity in terms of ACE’s core activity - the distribution of the public funds it manages.

ACE has the NPO data needed readily to hand. We call on them to publish it along with the source data and to commit to increase NPO funding of ethnically diverse-led organisations to a minimum of 7% of total budget in the upcoming spending review. And then to go further by committing to racially equitable funding by 2031 and reporting on progress against this in upcoming annual diversity reports.

To achieve racially equitable funding, ACE must start by reallocating funding currently given to major White-led institutions to improve their performance on diversity to invest in the long-term growth of Black- and Brown-led arts organisations.

The primary driver of diversity cannot be equality in terms of workforce and audience numbers. This presupposes that Black and Brown communities want to work for major arts institutions or participate in their programmes.  Rather let’s focus on equitable funding. With this we would create new ethnically diverse organisations, and develop existing ones, and in turn provide greater autonomy for Black and Brown communities to choose where they work and which art to consume.

Is ACE’s diversity strategy - and reporting - fit for purpose?
Why levelling up shouldn’t mean levelling down on diversity
What can investment contribute to race equity?
Inequity in funding decisions
Whose ‘lived experience’ matters most?
We need to talk about race
Racial equity: a zero-sum game?
Why funders must pledge to fund equitably
State funding for BAME entrepreneurs
Funding BAME creativity