The UK could learn something from the drive and ambition behind Bilbao's Guggenheim, writes Simon Kensdale. 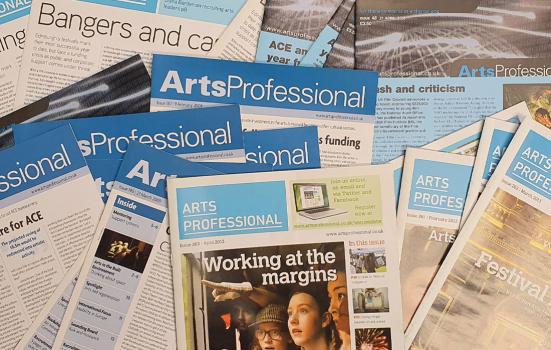 Although capital projects obviously consist of countable physical objects - bricks, girders, wooden beams and wires - they are so much more than the sum of their parts that it makes you wonder if there is much point in evaluating how much they cost, how long they take to complete or how many people visit them. The Bilbao Guggenheim is a giant art gallery (Spanish has no word other than 'museo' for this type of building) and it benefits from a permanent collection as well as the facilities to house touring shows in a variety of styles.

It is also an extraordinary building - a tourist attraction from the outside as much as from the inside. But what is most intriguing about it is its symbolic size - its cultural resonance. The Guggenheim cost over £100m to build and nearly all of this came from Basque public sector finances - in a country of two and a half million inhabitants. It's as if the UK had invested, say, £2.4 billion in a single arts project without seeking much in the way of private sector sponsorship other than a name. Mad or what?

The project was not easily accomplished. Smaller projects went to the wall; costs escalated; eminent critics lashed out - the usual sort of thing over a five-year period. All this took place in a region where local politicians regularly receive death threats and some are actually murdered. Nonetheless, there it is now.

Has it been successful? In its first year it attracted 1.3m visitors, including 9,300 people coming on the busiest day. Attendance is three times what was expected. The Guggenheim has put Bilbao back on the European cultural map, raised awareness of the Basque country and contributed considerably to regional economy. It works. But where, I'd like to know, did the moral certainty and political cohesion necessary to do something like this originate?

In the UK, when it comes to mega-mega projects to demonstrate our national identity, we prefer spending the money on things like a good war. Please, please don't mention the Dome! How many of our regions would feel confident about embarking on such an ambitious, such an insane scheme? (Because, from most accepted perspectives, the financing of the Guggenheim must have appeared insane). What does our bean-counting rationalism say about our culture today? We have a legacy, in the form of medieval castles and cathedrals, which might inspire the odd (and I stress the odd) planning officer although these buildings have somewhat exceeded their design specifications. People scramble over walls and look up at flying buttresses without needing to grasp the reasons why an earlier society, whose people lived largely in hovels and usually died before they were forty, felt the need for such extreme levels of commitment.

Uniting the castles and the cathedrals, I think, was the simple but significant cultural urge to make something that no one, but no one, would forget. We could do with having a bit more of this sort of urge. Do you think we might learn about it from the Basques? Does it come in bottles? Would we drink it if it did?