One of the oddities of sitting on a board or being a trustee of a cultural institution is that there are no rules for how to do it - still less how to do it well. John Tusa offers a guide for survival. 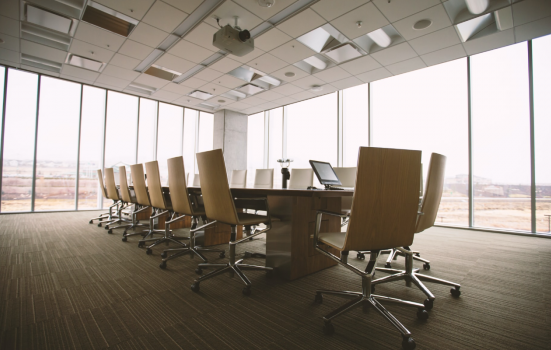 Of course, there are regulations aplenty, legal obligations by the score about what a board must do to stay within the law. But however much boards run induction courses for incoming members, I have yet to find one who judged they prepared them for the actual exigences of board life. For none of these rules and regulations indicate how members should do their job board properly, still less how they should behave. It’s not about the skills they have but the character they display.

Ah yes, behaviour. My friend, the Minnesota business leader Roger Hale, told me that after years of taking part in governance and directorship panels and reading countless articles on good board behaviour “only once did I find a statement that it is about interpersonal dynamics in the board room”. Amazing. Is that why boards, even good boards, make mistakes and why bad boards continue to be bad?

Perhaps uncertainty about what constitutes good board behaviour exists for both understandable and less justifiable reasons. The understandable reasons come first because they are more complex. For boards exist in an environment surrounded by and defined by four key paradoxes.

Responsibility vs power, accountability vs interference

First: the board has final ‘responsibility’ - legal, practical, moral - for the fortunes even the existence of an organisation. This is true of commercial as well as cultural organisations, a fact insisted upon by the great American governance guru, Kenneth Dayton.

Yet any board has remarkably little actual ‘power’ over the business; that belongs to the executive. A board’s actual power consists of the ‘nuclear option’ of sacking the chief executive. Maintaining this delicate equilibrium between final authority, full responsibility and actual power requires subtlety and sensitivity.

The second paradox consists of the ground between ‘accountability’ and ‘interference’. The executive practises its duty of accountability for its actions by open, regular reports to the board. Yet if the board is dissatisfied with the level and nature of the accountability being provided how far can it intervene without appearing to interfere in the work of the executive?

Support vs complacency, compliance vs speculation

The third paradox reflects the tension between ‘support’ for the organisation and ‘complacency’ about how well it is or is not doing.  Board members are rightly expected to support the organisation for which they are responsible. Yet if that support becomes uncritical, the board can lapse into dangerous complacency about the true state of their organisation.

The final paradox exists between the functions of ‘compliance’ and the activity of ‘speculation’.  Compliance involves all the formal, legal, regulatory obligations that fall on a public organisation.

Yet arguably a board’s crucial activity lies in open, unfettered, imaginative speculation about what the organisation does or could be in the future. By itself, compliance maintains a steady state. Only speculation, the use of the imagination, can take an organisation forward.

“Maintaining close relations until I have to sack you”

Complex, confusing perhaps, as these paradoxes sound and are, I have no doubt that they lie at the heart of the ‘great board paradox’: it is a most human activity that takes place surrounded by a welter of regulation which must be observed but must also kept in perspective.

This applies to a commercial as well as to any cultural board. Major business leaders such as Lord Browne of BP said the British Museum was ten times as complex to run as a commercial board of a similar size.

It is best of course not to make the simple, practical mistakes. Primarily, make sure the board chair and the chief executive are compatible, inform one another and work in harmony. If they don’t, the damage done to the organisation is huge.

The key relationship between chair and chief executive is best expressed in the phrase ‘partnership and separation’. Some simplify this as “maintaining close relations until I have to sack you”. Tough but true.

“Appoint in haste, repent at leisure”

The best way of avoiding a disastrous leadership combination is to take time over selection. Many organisations rush the process; if you don’t see exactly the right person for the job, do not appoint. “Appoint in haste, repent at leisure”. Delay may even save time; the field of potential candidates can change for the better within a few months.

A strong leadership team can work wonders, uniting the executive and board over issues such as resisting government pressure over board appointments. As Dame Liz Forgan has observed: “Making appointments on the basis of a hierarchy of patronage is a disaster”. They must be resisted.

The best board members I worked with displayed certain characteristics whether from business or academia. They knew the organisation was more important than they were; they gave it their time; they never believed they had more of the answers than the full-time executives. And they never dropped their critical guard.

‘Partnership and separation’: both are needed. It’s human. It’s about how people behave. That is why it is difficult.