A collective voice for freelancers

Some organisations and funders do not see freelancers as an intrinsic part of the sector. The Museum Freelance network is advocating to make sure their contribution is recognised and valued, says Christina Lister. 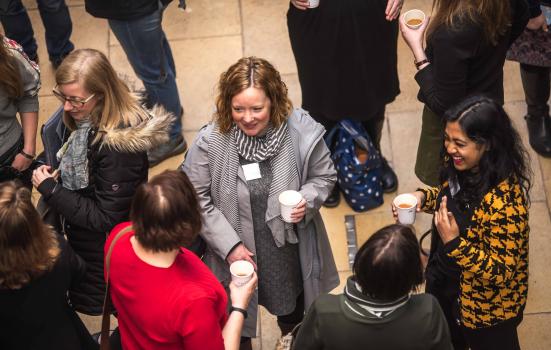 Many of the issues with freelancing can be solved from within the freelance community
Photo:

The idea of a volunteer-run network to support and champion freelancers and consultants working with museums, galleries, archives, libraries and heritage sites emerged following a MuseumHour Twitter chat in 2015, which I guest-hosted. The discussion sparked conversations and created connections among freelancers in the sector, leading to the birth of Museum Freelance – a regular and permanent forum where the freelance community can get together.

Despite freelancers representing a huge and very important part of the sector, before Museum Freelance there was no collective voice or representation for them. Museum worker Laura Crossley and I set it up with nothing more than a Twitter account at first, and it has grown steadily and organically ever since. The ethos of the group is very much one of collaboration and not competition between freelancers. We want to create change which benefits the whole sector – not just freelancers – and foster active participation, bringing the opinions and diversity of the freelance workforce into the mix, not just our own.

I now run the Network with cultural consultant Marge Ainsley. We run an annual conference and organise our own social meetups as well as ‘pop-up’ networking at sector events. This gives freelancers and potential freelancers opportunities to meet, and makes larger conferences less intimidating. We also manage a range of digital channels to nurture the community online, from sharing blogs and events on our website to hosting Twitter Q&As, sending a monthly e-newsletter, and sharing news, events and opportunities in our LinkedIn group of over 800 members. We run a beginner-level training course for those who are thinking about or are new to freelancing, and we are working on additional courses and resources for freelancers across different stages of their career.

A sense of camaraderie with others – people to bounce ideas off – is hugely valuable and nourishing, especially for people who primarily work on their own

We also work with organisations to help them work more effectively with freelancers. We have presented workshops and produced written guides on working with freelancers and confronted organisations offering diabolical rates of pay, explaining how freelancers’ costs are developed, what they account for and how they can and cannot be compared to employees’ salaries.

And finally, we advocate on behalf of freelancers to ensure we have a seat around the table and our voices are heard.

Some of the main issues freelancers face in our sector are universal for freelancers across the board. They can relate to the client (e.g. late payment) or sit with the freelancer - for example isolation, imposter syndrome and not saving for a pension. The Association of Independent Professionals and the Self-Employed has found that only 31% of freelancers pay into a pension.

But some issues are perhaps more prevalent in our sector. For example:

Many of these issues can be tackled from within the freelance community. As well as our own network, there are other national, cross-sector networks and communities for freelancers that we value and are involved in, such as Being Freelance, Doing it for the Kids and Freelance Heroes. A sense of camaraderie with others – people to bounce ideas off – is hugely valuable and nourishing, especially for people who primarily work on their own from home.

However, many issues require much bigger change and leadership from across the sector. For example, several freelancers have told us about subsidised training courses they have booked, only to find that their places have subsequently been cancelled as the course provider or funder has wanted to limit participation to employees. Our argument here is that a freelancer working with several clients every year could take that learning to multiple organisations, thereby offering excellent payback. This highlights an attitude among some organisations and funders that do not see freelancers as an intrinsic part of the sector.

Fortunately however, we are beginning to see some change. More organisations are open to feedback and improving their working practices with freelancers once we have highlighted and explained issues and their impact.

Ultimately, we see freelancers and consultants as an incredible group of resourceful, creative, dynamic and adaptable people, passionate about culture and heritage and passionate about ensuring the sector flourishes. Freelancers are a valuable and flexible part of the workforce, offering expertise and alternative, unbiased perspectives, while acting as cross-pollinators, sharing their skills, experience and learning from organisation to organisation and project to project.

We have ambitious plans about where we want to take the network in the coming years, starting next year with a robust piece of research into who freelancers are in the sector, why they freelance, what they do, and what support they need.

We will remain run by freelancers for freelancers and continue to grow our community and our reach. The number of freelancers working in our sector is growing year on year and we want Museum Freelance to continue to play a pivotal role in championing and supporting them and the sector they work in.

A collective voice for freelancers