Interest in a Swedish theatre’s subscription scheme was plummeting until it reworked it to reward frequent and early bookings. Jenny Bång outlines the changes it made. 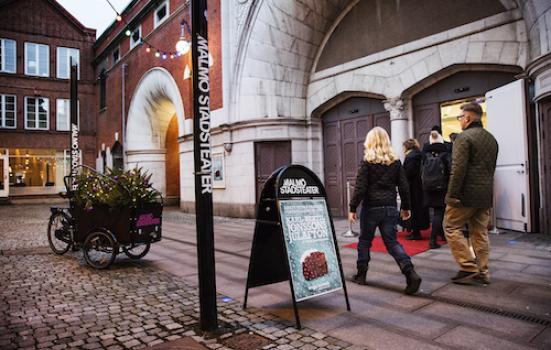 Malmö City Theatre is owned by the city of Malmö in the south of Sweden. With three venues of different sizes – 400, 200 and 50 seats – we put on between 15 and 20 productions a year with our own ensemble. Our work ranges from classics, children’s plays, musical theatre and newly written avant garde work.

We wanted to reward frequent and early bookings, while encouraging our audiences to try plays or genres they wouldn’t otherwise see

After evaluating our subscriptions campaign in 2011, we realised we had lost more than 30% of our subscribers since 2005. We had made minor changes in the subscription model for a couple of years, but still lost more subscription sales each year. We clearly were doing something wrong, which meant – for the positive Marketing Manager that I am – there was an opportunity to do something right instead.

Our old subscription model was based on the need to fill up the house during periods or shows we knew were hard to sell. The subscriptions all had fixed dates and prices and almost no discounting. Our aim was to get customers to buy tickets far in advance at almost full price, to create a base audience and a predictable budget.

We didn’t want to lose the steady income that the subscribers gave, so we gave them no discounts and trusted they would remain loyal. At the same time we worked a lot with last-minute, high-discount campaigns. Thus, we continuously encouraged customers to wait as long as possible to get the best price. We had given customers no reason to subscribe.

Working with Baker Richards on a new pricing strategy, we set out to change all that starting in the autumn of 2012. An analysis told us there were opportunities to grow the number of subscribers so we started working on a new subscription model. We wanted to reward frequent and early bookings, while encouraging our audiences to try plays or genres they wouldn’t otherwise see.

We built our new subscriptions on a loyalty ladder: the more tickets you buy, the bigger the discount, starting at a minimum of three plays a year. If customers were to buy tickets to more than seven plays in a year, they got a 50% discount on all tickets. They had full flexibility to choose the show, seats and date, but all tickets had to be booked in the same transaction.

Making sure that subscribers always get the best value, there is no longer any discounting that undermines the frequency scheme.

We thought long and hard about the presentation. The word for subscription in Swedish is quite old-fashioned and has connotations of legal contracts, ties and fees. We wanted the new name to signal simplicity. A first we tried ‘Theatre Card’, but it was perceived by a test audience as a ticket to be used for last-minute seats. We decided to call it a ‘paket’ instead, meaning both package and gift.

We wanted customers to get a sense of the value at first glance, so we named them by metals: gold, silver and bronze. We gave the exclusive opening night package the name ‘diamond’ for reference value, with no discount.

We discussed different ways of presenting the packages graphically and were close to making it into gift boxes, but decided it was too fancy for our brand. We wanted to emphasise the simplicity instead. We made three envelopes, with the amount of tickets in each one that it takes to create the package deal. Each envelope has the metal colour of the package name and the discount percentage in big letters over it, making it easy to spot the difference in both numbers of tickets, value in metal and the discount.

Communication with our current subscribers was important when we launched the new packages and we needed them to understand the benefits to make it a success. So we hosted a VIP event exclusively for them. Our CEO and Artistic Director presented the packages together with an advance release of the new theatre season.

Staff from box office, marketing and sales were available to answer any questions and help renew subscriptions. At first it created some confusion, but very soon the subscribers realised they were getting a good deal.