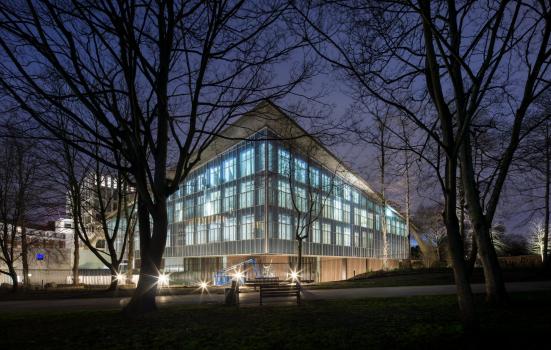 One of the Design Museum’s four core values is ‘enterprising’. As part of our commitment to independent financial sustainability, staff understand fundraising to be a collective endeavour. The museum has specialists across the areas of corporate, individuals and trusts and foundations, but our capital campaign to build a new museum in Kensington has involved all parts of the museum, particularly the communications team.

The buzz and PR generated by the sale, as well as the private view the week before, were important for the both the sale itself and raising our capital campaign profile

Last year, following a period of ‘quiet’ fundraising, we began to think about how we could best raise money in a more high-profile way.

The first part of this was a benefit auction for the museum. We were fortunate to partner with international auctioneers Phillips to hold a fundraising auction at its flagship Berkeley Square showroom. Phillips was able to guide and advise us through the process thanks to its digital presence and experience in the contemporary design market.

But an auction house can only do so much. An auction at this level – with an income target of £1m and the number of lots being consigned nudging three figures – involves an enormous amount of work and requires input at the highest level of the organisation. We formed a committee made up of trustees and trusted supporters who were invaluable to shepherding the auction through.

The critical element that made this auction possible is the support we have throughout the design community. Through their generosity, 78 art and design objects were donated by collectors, practitioners, gallerists and collectors. Divided between an evening sale and an online auction that finished a few days later, the lots ranged from a Frank Gehry chair estimated at £400 to £500 to an Anthony Gormley sculpture that realised £158,500.

The successful bidders at £10k and above were also offered the opportunity to have their names etched into a donor panel in the new museum.

The buzz and PR generated by the sale, as well as the private view the week before, were important for both the sale itself and raising our capital campaign profile. There was coverage in Wallpaper, Telegraph Luxury, FT and the Evening Standard, and a special unique editioned iPad was picked up as a global news story. We raised over £1m towards our fundraising target. The hard work had paid off.

It is important to the museum that we follow this high-level sale with an accessible campaign that will enable everyone to contribute to our future. To develop this we spoke to colleagues working on campaigns at other institutions who were generous with their time and insights.

We looked hard at our assets and the story we wanted to share. We wanted to focus on the fact that we are bringing our collection out for free display for the first time. So under the umbrella campaign of ‘Move with Us’ we are asking people to adopt an object and help us move it from east to west London. We ask the public to make a charitable donation of £5 – less than the cost of a drink in a central London bar or a copy of a magazine. For this, they can help one of 12 iconic objects from the museum’s collection make its way to its new home in Kensington.

Names of everyone who donates will be featured on The Adopters List on our website where they will also be able to see how their £5 has helped an object move.

In terms of audiences, the biggest opportunity for us is with our digital followers. We are the biggest museum or gallery in the world on Twitter with more than 2.9m followers - #awesome. Although the ‘adoption’ idea is based on a traditional funding model, we have worked hard with our agencies to think how we could deliver this through a digital platform. We need excellent digital assets and have worked with a film agency, Mil, and our retained digital agency, Fabrique, to do what they do best: make things visual, simple and a joy to use.

Josephine Chanter is Head of Communications and External Affairs at The Design Museum.
designmuseum.org