As Laura Drane prepares for the first celebration of #CaitlinDay, she names and profiles some inspirational women who have lived in the shadow of their higher profile partners. 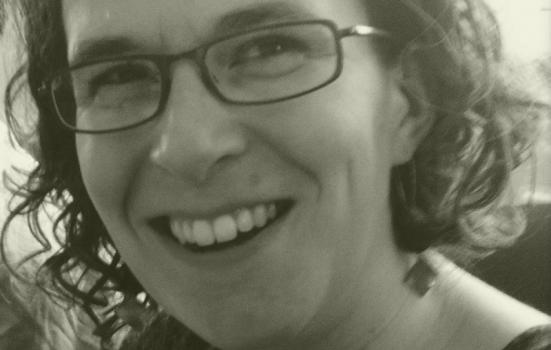 Caitlin was a dancer with ambition and talent, as well as her own frailties and flaws. She was also Dylan Thomas' wife, and the inspiration for the show by Light, Ladd & Emberton. A woman of few words – her husband had all the words – one of her opening lines in the show states plainly: “My husband was a very famous poet. I was going to be a very famous dancer. We were supposed to be equal but it wasn’t like that.”Sadly that’s all too common. So #CaitlinDay will celebrate and profile women who've been in the shadow of their partners, playing second fiddle to them, perhaps because of family commitments; women who've been largely ignored, almost famous or never quite reached their full potential in their field.

At the cutting edge of twentieth century photography, and a leading light of the surrealist movement, she counted many in that circle as friends, including Jean Cocteau and Pablo Picasso (the latter painting her at least six times). And yet many of her best fashion and artistic photographs were signed off as the work of her lover and creative partner, Man Ray. During WWII she was an acclaimed war correspondent covering the London Blitz, the liberation of Paris, and the concentration camp at Dachau. She’s inspired me since I discovered her photographic work and more of her story whilst I was still at school. You can see her work alongside Picasso’s this summer at the Scottish National Portrait Gallery in Edinburgh.

She was an excellent composer and one of the best pianists of the 19th century, in the process making a small fortune for her father who planned almost every moment of her life from the age of five. Over the 61 years of her career, she is credited with fundamentally changing the format and repertoire of the piano recital as well as the tastes of the listening public. Her husband was the composer Robert Schumann. When Clara accepted Robert’s proposal, her father refused them permission and they were only able to marry eventually after seeking a legal decision in the courts. Later in life, together they encouraged Johannes Brahms, and it was she who was the first to perform publicly any work by Brahms.

To many known only as Mrs Kurt Cobain, Courtney Love is a songwriter, musician, actress, visual artist, and campaigner. Her band, Hole, were leading players in the punk and grunge scenes of the 1990s and if she was seen to be uninhibited and confrontational in her performances, she showed more of the same in her public persona. In that sense, Caitlin and Dylan Thomas are a prototype Kurt and Courtney; two creative people bound together by love and addiction, living out their chaotic private lives for all to see. Both switch seamlessly between self-obsessive introversion and manic exhibitionism. Writing in her 1982 autobiography, Caitlin recounts: “Our primary aim was to get ourselves noticed at any cost… So we used shock tactics. We knew only too well that is much easier and quicker to get oneself noticed in a bad light.” Courtney Love continues to write and make music, as well as act, and she campaigns for victims of sexual abuse and domestic violence, and championed AIDS research and LGBT rights.

Buried very near to where I used to live in Heptonstall, West Yorkshire, I visited the grave of this lauded poet and writer on several occasions. I’d read her only novel, The Bell Jar, in my teens and again in my 30s; both times it spoke to me in different ways of how men and women have freedom. Originally published under the pseudonym “Victoria Lucas” in 1963, the novel is semi-autobiographical and largely follows Plath's own mental health experiences. She committed suicide, aged 30, a month after its first UK publication. There are some who seek to place blame for her suicide with her husband Ted Hughes, who was Poet Laureate from 1984 until his death in 1998: he had had an affair and they had separated several months prior. He hardly spoke of her death publicly, partly due to threats and controversy, and only wrote two poems in the three years that followed; though in a letter to an old friend of Plath's he wrote, “That's the end of my life. The rest is posthumous”.

Laura H Drane is an independent creative producer, based in Cardiff working across the UK. www.lauraHdrane.com. Read her blog about #CaitlinDay here.

CAITLIN is playing at Chapter, Cardiff on 3/5/6 Aug and at Dance Base for the Edinburgh Fringe on 21-30 Aug.
www.twitter.com/caitlinedfringe

My Gurus - Laura Drane
A tall order
Free and easy?