Unless arts organisations make their voices heard in the Government's Gift Aid consultation, the sector could shortly be facing a whole new set of challenges, says Philip Spedding. 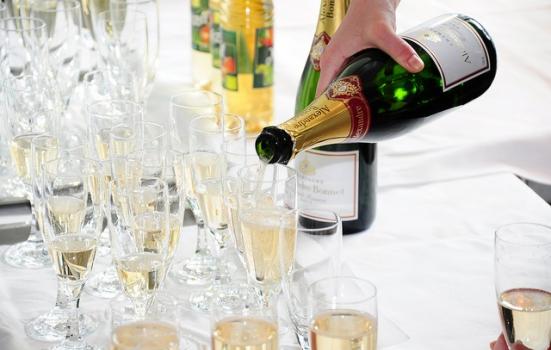 It's not always easy to calculate the value of a donor benefit
Photo:

You would have thought that making a donation should be easy. If tax breaks were going to result, there would have to be some rules, of course, but they would be easy to understand for both charities and donors and following them a fairly simple matter.

Then they invented Gift Aid…

To be fair, wrapping donations up in legislation is nothing new. When Henry Tate proposed giving his collection of British art to the nation the negotiations became exceedingly protracted. Admittedly he was asking the nation to provide a proper home for this art but he was offering a cash gift as well. The resulting tribulations led a journalist to write in the Daily Telegraph in 1892: “It is a little unwise, as well as churlish, to subject a princely donor to all the annoying delays and vexatious snubs which are usually reserved for those who penetrate into the mysterious kingdom of red tape”.

That Gift Aid legislation is complex is not wholly the fault of the legislators. In recent times some donors and, to be honest, some charities (including cultural ones) have attempted to bend the rules from their true north to such a degree that further legislation was only to be expected. Fortunately, the legislators are taking a step back to try to see if there is a better way of handling things, and the real purpose of this article is to deliver a heartfelt plea for everyone in the cultural sector to get involved in this debate and respond to the consultation which closes on 9 October.

Why get involved? Gift Aid is hugely important to the arts: by claiming Gift Aid, a charity can increase the value of a donation by 20%. The charity’s claim is not for a matching grant or subsidy but for the income tax that the donor has paid on the money donated (with higher rate tax payers claiming the difference between the charity’s claim and the tax they finally paid). This link between the donation and the tax paid is important for two reasons. First, because it underlines that donations can be given just as tax efficiently here as in the US, which should encourage more people to give. Second, because it ensures that Gift Aid can’t be treated as a government subsidy, open to being cut when times get bad.

So far, so simple. The tricky bit comes when the charity wants to give the donor something in return by way of a ‘thank you’. Some would argue that getting anything in return for a donation removes the philanthropic element, but most fundraisers value them as a way of strengthening donor relations and encouraging further support. To help balance both points of view, the law outlines the maximum value of the benefits a charity can give while still claiming Gift Aid on the donation. The trouble is, not everything is easily valued. For a start, the valuation is based not on what it costs to provide the benefit but on the perceived value to the donor. A ticket that could otherwise be sold has an obvious value. But what about a Membership Scheme’s discount in a shop or a higher level donor’s chance to meet an artist or attend a rehearsal – how do you put a price on these? This is especially important in the arts, where a far broader range of benefits can be offered than in most parts of the charity sector. To manage all this, the law has become increasingly complex – there are now three different methods of governing how a charity should value a benefit. The resulting confusion is consuming vital time, brain power and lawyer’s fees for the arts and, perhaps more seriously, creating some very confused donors.

Thankfully HMRC has now launched a consultation. Their ultimate aim is to produce a series of recommendations on how things should be simplified, but they want to base those recommendations on some facts and figures and they are asking the charity sector to provide them.

They’re seeking thoughts, experiences – and a lot of data, much of which will be difficult for an arts organisation to find and some of it impossible. However, given that many in the arts are finding the current legislation difficult, it is vitally important that the arts voice is clearly heard in this debate, no matter how incomplete a consultation response may be. Every bit will help.

If the arts don’t engage in this, and other sectors do, we shouldn’t be surprised if HMRC devises new models for Gift Aid that help those other charity sectors but cause real challenges in the arts.

I have two areas that I want to bring up in my response. The first is ‘split payments’, which I think are a wonderful way forward for handling donations (and work very well in the US). It involves splitting the donation, for tax purposes, into two parts: a payment for services (in other words, the benefits) and a pure donation. The simplicity of this model is that it creates a clear picture on what the donor is ‘buying’ and what remains as a pure donation. The only problem is that current legislation stipulates that the benefits being ‘bought’ by the donor must be available for purchase separately. This causes considerable and unnecessary complexity to any donor programme when all we really need to be clear about is the value of the benefits being bought.

Which leads me to the biggest issue: the valuation of benefits. The law stipulates that the value must be judged as the perceived value from the donor’s perspective, causing all the problems outlined above. Wouldn’t it be much easier to value benefits according to their cost of provision, which has to be laid out in the accounts anyway?

Whether you agree with these or have other things you wish to bring up, it doesn’t matter – just get involved!

Philip Spedding is Director of Development at The London Library and a member of the management committee of the Charity Tax Group.
www.londonlibrary.co.uk

The HMRC consultation document can be found here.

Philip is absolutely right to say that arts organisations should be taking the HMRC's Gift Aid consultations seriously; gift aid claims can be significant. However, I caution strongly against offering any sort of benefits in exchange for a donation and the 'split' system he mentions is a nightmare for everyone concerned without raising a penny more in donations. I and my companies have solicited literally millions of pounds in donations from hundreds of thousands of arts attenders since 1991 and I can say categorically that benefits do not encourage donations (often the reverse). Being nice to your donors and engaging with them after they have given - well that is a very good idea and part of long-term donor development.