The 2008 crash shook Ali Pretty’s outdoor arts company hard. But after a bold decision to split the organisation in two, it’s now doing better than ever. 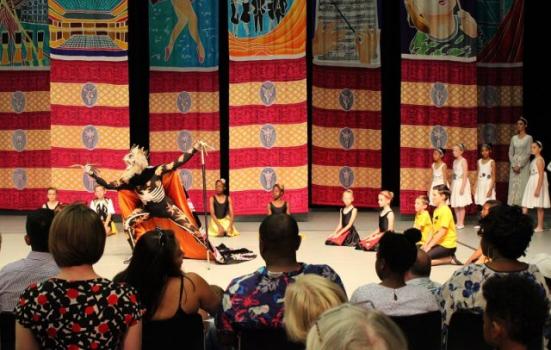 In December 2009 we had a problem. Kinetika, the small not-for-profit outdoor arts company I founded in 1997, was struggling. We are best known for two things: designing big, bold events that invoke the spirit of carnival, and engaging local communities through long-term projects. For the first 11 years we had been fortunate in being able to attract adequate funding for our work. A combination of Arts Council England, National Lottery and local authority grants enabled us to take on a variety of projects, from working with young people across the UK on large-scale, touring performances, to showcasing our carnival costumes in Kolkata in India and representing Great Britain in the Beijing Cultural Olympiad by dancing along the Great Wall of China.

Cuts to public sector funding in 2008 changed all of this. Soon fundraising for our big, year-long productions, which formed the heart of our long-term community engagement work, became impossible and we had to take on a series of short-term, piecemeal projects to keep afloat. To sustain meaningful work and use art as a tool for social change, we needed to adopt a new business model.

By training local workers and establishing ourselves at the heart of the local community, we now have a large, loyal and flexible team

So in 2013 we split Kinetika in two. On one side we have Kinetika People, which has charitable status. With the continuing help of public-sector funding, it runs workshops, artist training, mentoring programmes and participatory projects. On the other side, we have Kinetika Design Studio, a limited company which secures commissions for major international events where we look after creative direction, design, production and people management. The design studio is owned by the charity and helps support it financially. Today we are doing better than ever under this new, social enterprise model – one that supports our core social values through commercial trading. Here is what we have learnt from the transition:

In 2009 we were asked at incredibly short notice to design and produce 90 costumes and silks for FIFA’s 2009 Club World Cup opening and closing ceremonies in Abu Dhabi. Fortunately we had just finished delivering a training programme for local artists, which meant we could employ 12 people for five weeks to deliver the contract. This gave us the idea for a new model that forms the framework for how we run things today. We engage local communities and artists through participation projects, and some of these artists are taken on as trainees. The design studio employs these trainees on commercial commissions. The money and assets from these commissions are then put back into community engagement and the process starts again. In short, the more commercial commissions we win, the more support we have to finance our social outreach programme.

Almost all of our commissions are reliant upon silk painting of some sort. Producing beautiful silk flags and costumes at scale is our USP, but we need a core of local artists ready to deliver commissions at short notice. By training local workers and establishing ourselves at the heart of the local community, we now have a large, loyal and flexible team keen to help when work comes in.

Previously the company contained a blend of aims and programmes. This was not confusing for us since we knew our way around it all, but it was harder to sell to organisations that didn’t. Now the proposition is much clearer. When we deal with large international organisations we speak to them from Kinetika Design Studio. This gives much greater clarity to our business-to-business communications and reassures clients that they are getting a professional service.

We don’t need to be in London

In 2014 we upped sticks and left our tiny studio in Brick Lane and relocated to High House Production Park (HHPP) in Thurrock. Nestled just on the Essex side of the Thames estuary, HHPP is the result of a long-term collaboration between the Royal Opera House, Acme Studios and Creative & Cultural Skills and has been designed specifically as a new international centre for the creative industries. We have found potential collaborators and supportive partners and in our first year have already delivered a large commission for the Deloitte Ignite festival at the Royal Opera House at the same time as walking 100 miles around Thurrock with local community groups. The two strands of work sit happily together.

We still search out public grants, which remain an incredibly important part of our revenue and we are grateful for them. Diversifying our revenue with a commercial arm is not something that we would have considered but as streams of silk flow through our studio to carnivals, opening ceremonies and installations around the country and beyond, it is the best decision we ever made.

Ali Pretty is an artist and founder of Kinetika.
www.kinetikadesignstudio.com