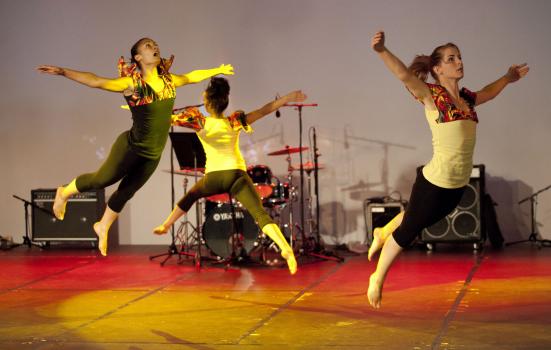 When thinking about issues related to health, most people think of physical symptoms of illness and a visit to their GP for treatment. But, as is clear from the World Health Organization’s definition dating back to 1948: “Health is a state of complete physical, mental and social well-being and not merely the absence of disease or infirmity.” Health encompasses much more than simply not being physically ill. If health and wellbeing are seen as synonymous in this way, it stands to reason that research on wellbeing has important implications for health.

My department at the University of Cambridge has a long-standing interest in young people’s engagement, motivation and more recently wellbeing in educational settings. We have been working with the charity Culture, Creativity and Education (CCE) for a number of years. Our initial work was on CCE’s flagship Creative Partnerships (CP) programme, which brought a range of creative practitioners, such as visual artists, web designers and performance artists, into schools to work with young people and their teachers. We were tasked with assessing whether CP had a positive impact on young people’s wellbeing. This provided us with an opportunity to explore what is meant by wellbeing and to distinguish two facets: eudaimonic or functional wellbeing (self-actualisation and fulfilling potential) and hedonic or feeling wellbeing (feeling good and enjoying life). Both of which, our review of the literature suggested, could be fostered through engagement in creative initiatives.

Our empirical research revealed that schools participating in the CP programme were more likely to facilitate young people’s eudaimonic wellbeing as an outcome of the various creative initiatives undertaken, while schools that were not involved in the programme tended to try and promote hedonic wellbeing as a means to engage young people more fully in their schooling.

This work had therefore demonstrated a strong (although complex) link between engagement in creative initiatives and young people’s wellbeing in school. When Guy’s and St Thomas’ Charity approached CCE to review the evidence of whether arts-based interventions could help promote health, given the overlap between wellbeing and health noted above, CCE commissioned us to explore further in three ways:

First, our review of the literature indicated that arts-based interventions are being used to promote various facets of health. In clinical settings, music, visual arts and dance/expressive movement were most often deployed to support emotional or psychosocial rather than physical aspects of health. In schools, storytelling combined with visual art tended to be used with children who had suffered trauma, while music was more likely to be the art of choice for students suffering from mental health issues such as depression or mental disability (for instance, autism). Dance/expressive movement tended to be used to improve physical health but also to promote self-esteem. Most studies published reported some evidence that the intervention had a positive impact on the specific health indicators in question. However, properly evaluated intervention studies – randomised control trials (or at least a control group) with a reasonable sample size, using outcome measures that didn’t just rely on one form of self-report and ran for at least nine to twelve months – are thin on the ground. Thus, overall the evidence is suggestive but not persuasive and more research is needed.

The health survey revealed that students reported the same frequency overall of symptoms relating to poor physical health at the beginning and end of Year 7, and this did not differ by type of school. In other words, the self-reported physical health of students in schools promoting the arts did not differ from those attending the other schools in the study. The second aspect of health captured on the questionnaire related to reports of engaging in a healthy lifestyle (diet and exercise). Students in arts-specialist schools reported engaging in activities indicative of a healthy lifestyle less frequently at the end of the year compared to the start, while students in the other schools remained level in this respect. However, this scale turned out to be borderline in terms of acceptable reliability, so we need to be cautious in drawing conclusions. Other data gathered during the study indicated that many of the arts activities promoted in the arts-specialist schools were not targeted at Year 7 and the overall experience of students in terms of arts interventions was quite similar in all four schools. Thus it is difficult to make any claims about the impact of arts interventions on health outcomes based on this research.

Finally, our re-analysis of data from the previous CCE study indicated that there is a significant and stronger relationship between eudaimonic wellbeing and feeling healthy and energetic, compared to hedonic wellbeing and the same health indicators. This relationship was more robust for students in secondary than primary schools and more evident in the CP schools. Feeling stressed was more negatively associated with hedonic than eudaimonic wellbeing, and again the relationship was more marked for older students, and this trend was more evident in non-CP schools. Overall, this provides some evidence that wellbeing (eudaimonic wellbeing in particular) and health seem to be more closely connected in schools undertaking arts interventions, especially at secondary school level. Although this does not prove any sort of causality, it does imply that it is worth looking more closely at the role of arts interventions in promoting health outcomes in the school context.

Our research is inconclusive but it is suggestive. At a time when the arts are being squeezed out of the school curriculum and concerns are growing about young people’s health, it is clear that more high-quality research is needed in this area to inform policy and practice.

Ros McLellan is a Lecturer in Teacher Education and Development/Pedagogical Innovation at the Faculty of Education, University of Cambridge.
www.csap.cam.ac.uk
www.creativitycultureeducation.org