Independent dance producer and consultant Gwen Van Spijk reflects on those who have guided and inspired her. 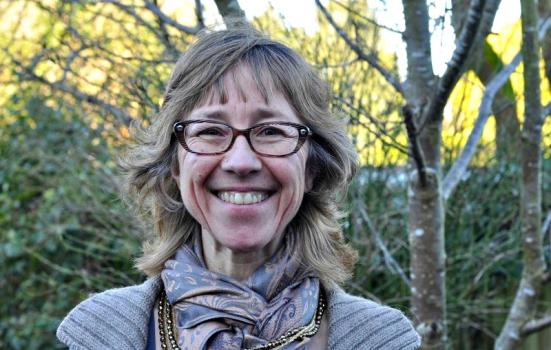 In 1989 I secured the role of Administrator for a dance management scheme. I loved dance but knew very little about it and I knew hardly any more about management. I felt a bit of a fraud. Antony was engaged as my mentor. He had a long history in dance as a producer and consultant, and over the years had worked with many leading dance artists and organisations. But like me he had no formal training in dance or management – he’d learnt on the job. Not only was I immediately reassured that I might be able to do the job, but the way Antony worked across a portfolio of artists and projects became something I aspired to. He was a true independent: clear of thought and an independent business unit in his own right, and equally a great collaborator. Antony was a part of my professional life until he retired. When I became an independent he not only signposted opportunities and brought me in to work on his projects, but I never stopped dipping into his vast tool box and learning from him.

Andrew has devoted the best part of his life to developing and producing dance projects that change people’s lives. I met him in 2007 when he was Executive Producer of Dance United and then, in 2009, I produced a project for Dance United. Until this point, I’d mostly worked with artists who produced dance and performance for dance and performance audiences. There might have been an element of community engagement but it was never work for the marginalized constituencies that Andrew was working with through Dance United. The insight into the transformative power of dance that I gained was humbling and a game changer. There’s no real career ladder as an independent, but by exploring new contexts for the skills one has and facing new challenges, you continue to grow. Andrew himself stands testament to that and furthermore is hugely generous in creating opportunities for others to discover their potential and in supporting them to realise that. He has extraordinary belief in what he does, patience, resilience, tenacity and passion, gets stuck in and leads by example – there is a lot to take from that.

An extraordinary performer; unparalleled in my view in how he was able to entertain and enlighten and challenge perceived norms. There were no sacred cows for Nigel – other than perhaps great jazz. I had the joy and frustration of working with him as his manager for 10 years. Nigel was never interested in playing the game and thought compromise was a dirty word, but his ability to be in the present and to give 100% to whatever it was he was doing was invigorating. He was a force of nature and that in itself was inspiring and hugely motivating.

Supporting Everton Football Club is something I married into. Having not been particularly interested, all changed in August 2013 when Martinez came in as the new manager. There can’t be many jobs in which you are as exposed as a manager of a Premiere League team. You and your players are in the media every week for at least 9 months of every year. Your every step is scrutinised by thousands of die-hard fans. When it goes well everyone thinks you are brilliant but when the going gets tough all the blame is laid at your door. It must be among the best examples of how it’s lonely at the top. For the first season under Martinez’s leadership Everton performed better than it had for tens of years, yet he was working with very much the same raw material as his predecessor. It couldn’t be more different this year. Those who last year thought Martinez was the best thing since sliced bread now think he should be sacked. He’s dealing with all of this with real grace, he still has the loyalty of his players and there is no whisper from the board that he is going to be sacked. I’d hope to have created a context in which I had the same support from colleagues when the going gets tough.

Cohan, I’ve known of him for more than 30 years and this year, in which he celebrates his 90th Birthday, I’ve had the privilege to work with him. He is a genuine legend – not only as the forefather of modern dance in the UK but he has just made his first new choreography in 10 years and remains a relevant creative force, still making work that is of its time, eloquent and brilliant. And as a colleague he is humble, generous, gracious, diligent; there can be no better example of how to be a dance professional.

Gwen Van Spijk is an independent producer and consultant working across the dance and performance sector.