Building a business in the black arts

In a week when arts organisations are urged to make a greater commitment to diversity, Ammo Talwar outlines his business model based on a specialist knowledge of the ‘black arts’, organic growth, a degree of risk-taking… and no mention of the D word. 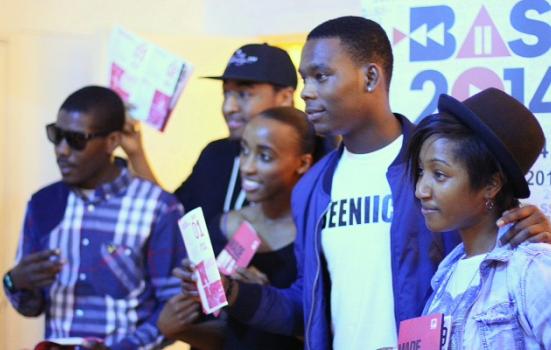 Punch is a company that in some ways rejects conversations about diversity, while exemplifying how a creatively diverse approach, rooted in the breadth of ‘black culture’, has created a business resilient enough to adapt to major changes in markets, policies and audiences. We demonstrate the value of a diversity of creative programming, rooted in a strong understanding of core identity, purpose and knowledge base.

We began as a record shop in north Birmingham trying to sell Sinatra, Oasis and Public Enemy side by side. However, this broad market approach could not compete with the buying power of the major chain stores HMV, Virgin and Our Price (although these have ironically since failed to respond to the download revolution and disappeared from the high street). We realised that the knowledge base of our staff in this area was the main way we could create value for local people and sustain the business. Our specialist knowledge and access to specialist networks formed the key asset base at the time, distinguishing us from other shops. A process of self-reflection and reorientation of the business was central to developing a new model based on black music.

We do not ask about diversity at interview, preferring to develop this as a natural thing arising from the ethos of the company

Over the years, this knowledge base has fed relationships with local people, artists and national and international media networks, which led to a diversification into music promotion and education, and then into other artforms including the spoken word. Work has diversified, following the creative interests of staff, artists and audiences in the Punch network, and now includes publishing and touring as well as the broad church of engagement. This was a strategic move, to turn competitors into collaborators, develop networks and build distribution networks for black, Asian and minority ethnic (BAME) artists.

We are a small organisation, with just eight employees, which I believe plays a part in our ability to adapt to changes in markets, such as in education activity resulting from cuts to the public sector and similar participation schemes. The lack of departments and large teams allows for greater flexibility. A fleet-of-foot, responsive mindset can be maintained. (Arguably, this helps keep the organisation in the growth phase of the adaptive cycle, rather than settling into consolidation.) Although the workforce and board is diverse in its background and skills, we do not ask about diversity at interview, preferring to develop this as a natural thing arising from the ethos of the company. Diversity does not sit in departments or specific roles – I describe it as sitting above and below the CEO and chair.

Our induction of staff emphasises the integral or organic nature of the diversity of our audiences, with staff walking the streets of Birmingham, talking to shops and businesses. This is the basis of the organisation’s strength – a set of relationships rooted locally which also allow it to represent that local community regionally and nationally. This representation is not about ethnicity so much as it is about art, but Punch is now about ‘black arts’ as it was once about ‘black music’ – but not simply for black people. The diversity within what might be called black arts is crucial to the resilience of the organisation. In recent years we have invested heavily in intellectual property, for example, setting up RSL (restricted service licence) radio stations including Bass & Beat FM. Experimentation and innovation constantly inform strategy, and not simply on a three-year cycle. Innovation happens through listening and learning, talking to and bringing in people with different knowledge bases, stories and information.

A powerful awareness of our brand and reputation has allowed us to move from one area of activity to another, adapting the business over time. This key asset has been consciously developed in a number of areas, through traditional branding via visual identity, website and so on, but more importantly through positioning the organisation as experts at the cutting edge of black arts, innovating in form and platform. Central to this has been developing strong relationships with both audiences and investors, often based on strong personal brands or reputations, since investors, like customers, are ‘into people’.

At times we have been urged to adopt more traditional methods, structures and governance models. However, I urge other organisations to ignore pressure to systematise where there is no identifiable benefit, and to remain flexible. Do what you need to do, which does not mean sidestepping good governance: we have a strong and skilled board, with chair and others recruited via open advertisement. For investors, the lesson is to allow companies to develop organically over time rather than imposing simplistic system-driven templates. Risk is integral to how we have developed our adaptive resilience, and should not be designed out entirely.

Ammo Talwar is Founder and CEO of Punch.
punch-records.co.uk
@punchrecords