The new Managing Director of Sistema England, Fiona Cunningham, pays tribute to those who have inspired her over the course of her career. 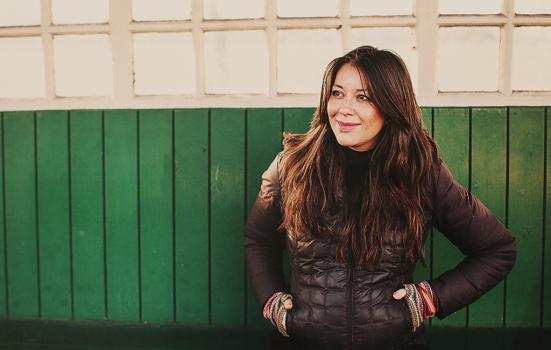 My first role-model. Aged 4, I returned from a Welsh National Opera production of Bizet’s opera ‘singing’ the Habanera. Thereafter, the glossy black record sleeve and photos of Placido Domingo became a daily ritual. I would dress up as Carmen, follow the music and libretto and enact her death at the proper moment. I was going to be an opera star. 16 years later (not a star) I saw Domingo at the stage door of the Royal Opera House, and ran up to him. “I’ve loved you since I was 4,” I said, slightly wild-eyed. He patted my hand, “There, there, dear,” he said softly, as though I’d been let out for good behaviour.

After I graduated from UCL, a family friend asked me to be his driver at a film festival. This was his way of testing potential new recruits for his company. If you crashed the car and killed him you were not to be trusted. His memorable advice: “Work out what you would do if you had no fear. Then work out the worst case scenario. Pursue the former and make peace with the latter – you are unlikely to fail.” I joined 'Teach First' in its inaugural year - not his company - but ‘failing bravely’ is something we could be encouraged to practise more, especially while we are young and better at falling.

I didn’t know about Ken Robinson when I joined Teach First and became a teacher. I wish I had. He is a champion for radical re-thinking on education, the arts, creative approaches to learning, multiple intelligences, for equality of all subjects, and for listening to young people. He uses simple language, humour and illustrations to convey his ideas. Recently I read, ‘The Element: How Finding Your Passion Changes Everything’, it’s a fun, eye-opening book – one that feels relevant to my work with Sistema England – on being in your element before helping others find theirs, on finding your ‘tribe’, on what great mentors do. Sadly, he moved to LA – he must be in his element out of the rain.

I met Suzi through singing in Voce, her chamber choir. She wanted to set up a ‘one-stop-shop’ for arts based leadership training and said I was the right person to do it with, because I was ‘can do’. A day later I came back with a rudimentary business plan and 'arts.works' was born.

Suzi’s faith in people’s intrinsic capabilities underpins all her work in music. She has a skill for drawing people into her orbit and taking everyone (herself included) on a steep learning curve, musically and otherwise. She says, “always find the very best people to work with – don’t be afraid of their excellence”. It sounds obvious, but sometimes it is easier to avoid the threat of competition, especially from peers. It took me time to gain enough confidence to not treat women (of similar ages in particular) as competitors – rather as allies and people from whom I can learn.

Suzi would quip, “conducting is the last bastion of autocracy”. “Suzi, drop that one, yes?” I’d say, and we’d laugh. Yes, there are times for directive leadership, and Suzi’s achievements come from her conviction to say, “I have a vision, come with me”. But they also come from her ability to stop conducting and allow people the space to breathe and improvise. She did this for me.

As Chairman of arts.works, Louis coached me in my role as Managing Director with patience and generosity. A great supporter of the arts, he opened a window to me on how the arts and business can learn and thrive together. He helped me trust my instincts and develop skills in business, particularly around ‘product development’. I remember Louis using McDonald’s as a provocative example of consistency and quality, advising us to expand business only once our training offer was excellent.

Louis also gave me excellent advice in the face of what I call, ‘analysis paralysis’ – inaction through fear of making the wrong career decision. “Keep moving,” he said. “Just lay out the next stepping stone and jump to it – when you look back, you’ll find the narrative joins up.”

Jude is Artistic Director of Southbank Centre – a place I love – surrounded by other visionary women in arguably the most exciting leadership roles in the arts. She is inspirational, but has said that stamina and being “tough as old boots” are key. I’m a natural sprinter, so this was a wakeup call; I now consciously work to build stamina and resilience.

I was mentored by Jude as part of a group she formed to support women in the arts. One day she rang and asked me to do some consultancy – this was a pivotal moment that led to a great job managing Voicelab. I also produced a summit, ‘Art Will Change the World’, where I met progressive leaders trying to change the world for the better through music. This fed a growing interest in the global Sistema movement, and ultimately led to my role today.

Jude talks about knowing the ‘kind of animal’ you are. I joined Southbank Centre as a hybrid creature, and left with more colours, stronger wings and a harder shell.