Art on their doorstep 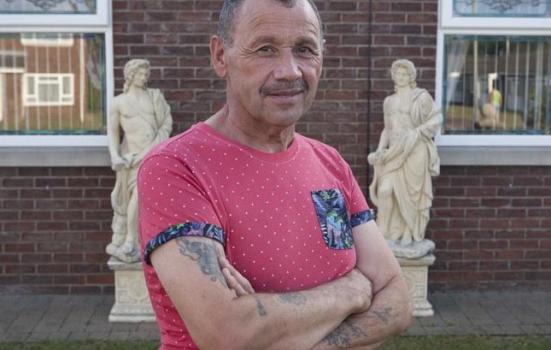 One of the photos taken on the Fenside estate in Boston
Photo:

The On your Doorstep scheme in Boston and South Holland in Lincolnshire is being developed by Transported and managed by arts development team artsNK. It is part of Arts Council England’s Creative People and Places programme, a national programme to engage more people in arts activity. Here in Lincolnshire, that is about navigating the barriers that prevent people taking part and giving them the motivation to get involved.

The area is very rural, with few arts venues and a transport system that makes it difficult for people to get to see exhibitions and shows. Lots of people felt that the arts were elitist and had nothing to offer them. So we decided to get artists to take their art direct to communities and to the places that they had suggested were in need of attention, spaces ranging from cemeteries to woodland walks, unloved play areas to muddy duck ponds.

On the dynamic and diverse Fenside estate in Boston, photographer Paul Floyd Blake has worked with estate residents to create a series of powerful portraits that puts the community literally at the centre. 63 images, printed on aluminium panels, will be mounted on the walls of the community centre as the first of several projects in the area.

In Long Sutton, artist Robyn Woolston was recently selected by members of the Long Sutton and District Civic Society to work with local residents and school students to create a series of artworks on common land known as ‘Common Pit’ under the title ‘The Imaginarium of Common Understanding’. It aims to inspire and intrigue visitors as well as develop a sense of ownership so the space will be looked after, valued and cared for for years to come.

Local photographer Steven Hatton has been commissioned to undertake research and design workshops in a disused and derelict chapel, one of two, in the centre of Holbeach cemetery. A local group plan to bring the spaces back into public use and Steve’s dramatic artworks will be the first public statement that the project is underway.

There are nine projects currently being delivered, each unique, designed specifically for the space, the people that nominated it and those that live around it. Our purpose was for people to take control of projects locally and to work with artists, learning new skills and creating artworks that enhance public spaces. But it was always just the start of the journey. We are already talking about what happens next. In Spalding we are sure we will go on to create a second artwork next year as the start of a sculpture trail celebrating the town’s heritage. On Fenside, we are hoping that all those depicted in portraits on the community centre wall will help us refurbish the play area opposite.

Part of the value of being able to programme so many public art projects at the same time is the opportunity for groups to share their experiences. There is a bit of competition that comes with increased pride in your area, and groups want to celebrate their achievement. Our early consultation in the area had identified quite clearly that significant numbers of people felt the arts had nothing to offer them, but by harnessing a desire to make where they live more attractive, we have opened the door to a whole range of arts activity. Being able to take groups to see successful and inspiring schemes has been a really important part of the journey, bringing back energy, enthusiasm and determination to make their schemes even better.

Art on their doorstep