The growing demand for a digital public space, displaying work outside galleries through a variety of visual media, excites Mike Stubbs. 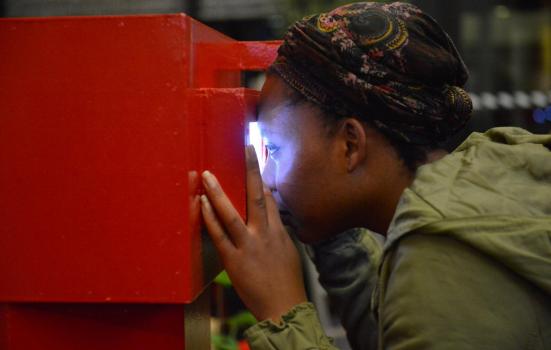 As a producer and curator, my attraction to work with the TV environment has been to reach new and broad audiences (many virtual bums on seats), and last year I was invited to curate 25, three-minute films for Channel 4’s Random Acts series with Jacqui Davies. Multi-platforming, mobile computing, games and internet TV have made manifest what we termed ‘convergence’ in the 1990s. This crossover between viewing habits has propagated participation and expectation with the media. While the media overload continues, we are creating a thirst for more people to engage in visual culture through movie-making and consumption, whether on mobile, computer or adventure sport cameras. ‘Prosumer’ is another new word suggesting the breakdown of the barriers between producer and consumer.

Digital public space, and being able to position artworks outside galleries and in public squares, media facades or shopping centres, is what really excites us

Now that we enhance most aspects of our lives through digital information, augmented reality and micro mobile-networked computing (I think we called it cloud computing in 2013), this constant growth of data has meant organising, retrieval and reflection have become huge tasks. Where to find our files is one of our biggest challenges and we still need curators, record labels, galleries, trusted networks and brands, alongside better search engines and metadata to help us. Forming meaning from this data requires a discussion that goes beyond the information itself. Yes, it may be increasingly about big data, but who frames the questions, who writes the code and interprets the data and how do we open up wider debates?

We regularly work with artists referencing digital space, the semantics of the web and the confusion between real and virtual spaces. Our forthcoming exhibition at FACT called ‘Science Fiction: New Death’ will feature new work by Jon Rafman and Ryan Trecartin, two artists who play between an online networked gallery and public space.

Digital public space, and being able to position artworks outside galleries and in public squares, media facades or shopping centres, is what really excites us. We scored success last year with two major European-funded projects, Human Futures and Connecting Cities, and are now commissioning networked artworks across European and Canadian cities focussing on the theme of participatory, networked and visualised cities.

In 2012 we developed Artplayer with Arts Council England as a moving image platform for the arts and have seen it grow with more than 110 channel holders from arts organisations across the UK including Axisweb, the Baltic‎ and Contact Theatre. With more than 600 videos, it has developed from showcasing arts documentaries to ‘how to’ and co-commissions across artforms.

If accelerated media communications, digital distribution and new hybrid spaces define art as collaboration, co-production and knowledge exchange, art will conceptualise our future, questioning social norms and creating alternative experiences of value, as artists catalyse innovation in the truest sense. Collective intelligence has arrived and we have little excuse to stay uninformed, non-resilient or uncritical.

Mike Stubbs is Director of the Foundation for Art & Creative Technology (FACT).
www.fact.co.uk