Only Connect: a new blueprint for audience development

Despite the current obsession, nobody seems to have nailed down exactly what we mean when we talk about ‘audience development’. The definitions are many; the scope for woolly thinking wide. Richard Hadley thinks it’s time to take stock. 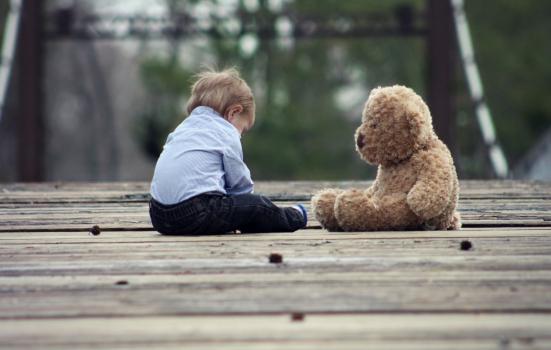 More touchy-feely than straight-laced marketing, audience development now embraces not only traditional arts marketing but also the PC disciplines of community outreach and arts-in-education, both of which aim to engage people more deeply, more thoughtfully with the arts but maybe for different reasons.

Actually, audience development is just another term for relationship marketing - essentially the establishment both of new relationships (‘new audiences’) and the consolidation of existing ones (encouraging greater risk taking and increasing customer loyalty and retention). Current received wisdom is that audience development is about breaking down the barriers that stop people participating in or attending the arts, and in so doing making them receptive to promotions and campaigns that aim to switch them on. Helping them become ‘open to persuasion’ as Heather Maitland cogently argued recently.

On the contrary, barriers are not the real issue: what divides potential consumers and arts producers is empty space. Far from tearing down walls, the arts should be seeking to fill a void. For most people the arts are unknown territory - neither good nor bad. The enemy is not antipathy, but apathy. As arts producers our task is to win trust, instil confidence, build enduring relationships with people, networks and communities.

EM Forster had it right when he said Only Connect. Audience development isn’t about tearing down barriers - it’s about building bridges. Logically, the task can be considered in two dimensions: increasing audiences? receptivity to risk (as perceived by them) and increasing the frequency with which they attend or participate in arts activity. Using these dimensions, you can build a segmentation model of arts attenders (and potential arts attenders) that points to a specific marketing or arts-development response.

This model can be used practically to focus effort and resources in different ways, zeroing in on the specific drivers and characteristics pertaining to that market segment; recognising that different sorts of people demand different approaches. Just ensure you’re deploying the right tool for the job. Use the matrix to plot which tool is appropriate, and don’t diffuse scarce resources by trying to hit every audience development box.

The entire arts industry is fixated with encouraging conservative, non-attenders to become adventurous frequent attenders. Why? Perhaps people are content to dip into the arts now and again, simply looking for entertainment, certainly not wishing to be ‘challenged’. Let’s respect that. The deluge of audience development campaigns currently fuelled by Lottery funds is misplaced and misguided, akin to the marketing industry’s obsession with so called loyalty-building sales promotion schemes (cards, points, vouchers). In the end, these schemes cancel each other out; just another piece of plastic filling out your already bulging wallet.

Instead, the arts industry needs urgently to start delivering tangible benefits related to the reality of people’s lives, ultimately seeking to improve their emotional well being. Practical responses to audience development need to be meaningful and appropriate to the context and the target group.

At one end of the spectrum there are people who are open to new, unfamiliar, ‘challenging’ artistic experiences. Let’s call them Eclectics. Research into attenders of the contemporary arts suggests these people have broad tastes and enjoy a wide repertoire of different sorts of arts and cultural experiences. They make it their business to find out what’s going on in a large geographical area and are hooked into active word of mouth networks. The evidence shows these people account for around 4% of the arts attending public.

This group displays some interesting characteristics:

They are also a relatively stable group consisting largely of ‘old-hands’, and have far fewer newcomers to their number than do audiences generally. In terms of their income profile however, they look identical to the arts audience as a whole.

What drives their eclecticism? It cannot simply be a question of higher education since many university-educated arts attenders are relatively conservative (they are the arts version of Middle England). Wider cultural factors would seem to be more influential. Neither is personality solely responsible, though undeniably there are individuals who are open to the innovative and unfamiliar. The familiar ‘Diffusion of Innovation’ model segments the population according to their propensity to adopt new products and services. Marketers rightly prioritise efforts to attract ‘Early Adopters’, the trend-setters, the people who pay premium prices for new expensive, relatively untried and untested technology and products. Small in number, they do not offer high profit potential. Instead they blaze the fashion trail, eroding norms and conventions in so doing opening up new markets, changing landscapes. They are the key to future achieving long-term market acceptance.

At the opposite end of the risk continuum lie the conservatives. To the extent that they demand familiarity and are averse to risk, this segment equates to the Laggards. Can they be encouraged to become more open to the new? Or are they terminally locked into conventional and habitual patterns of behaviour? Depressingly for some, the statistical evidence shows that the vast majority of arts attenders are conservative, attending one favoured artform at a favoured venue relatively infrequently. Unsurprisingly, among this segment customer turnover is high - up to 40% of attenders attend in one year and then disappear from the box-office radar screen.

This suggests two things. Firstly that audiences, like all other consumers, are loyal to their favoured brands which they select for psychological and emotional reasons. Brands offer reassurance, confidence and a sense of belonging. Brands tap deep into the human psyche offering possibilities for us to strengthen our self esteem and project an ideal self-concept. Consumers select brands on the basis of what they mean to them - not what they do for them. Secondly, it seems that many arts organisations do not understand the need to invest in relationships with their customers, preferring instead to chase new attenders year after year. At a more fundamental level, it seems that arts marketers fail to recognise the emotional component that underpins loyalty and friendship. How many marketers look after their valued customers as friends?

Fournier, Dobscha and Mick (1) reflect on the similarities between building customer relationships and personal friendships: customer intimacy they say is the backbone of a rewarding relationship. It requires a deep understanding of the context in which products and services are used in the course of customer’s daily lives. The authors assert that “for contemporary consumers, product satisfaction is linked inextricably with life satisfaction and companies must attend to both these dimensions if they expect to win.”

Looking at many mainstream arts producers and presenters (i.e. those running venues) it seems such considerations are given scant attention and therefore in mental space, they appear far, far away from their potential customers. By contrast, consider organisations working in the ‘community arts’. Here routinely, we observe practice based on the careful nurturing of relationships. The approach is long term, emphasising a deepening of experience over time rather than a quick sale at the box office. Such work is often unpredictable, responding to circumstance as much as prescribing a set formula. Above all the quality and impact of such work is judged by the long term outcomes it achieves rather than the immediate production values it manifests at a moment in time. Process rather than product. In such contexts, the relationships artists form with users and clients are complex and evolving. Arts and culture are referenced through the eyes of the communities they serve.

The audience development model discussed here (Fig 1) seeks to bring together these strands of thought. Note the category of non- or infrequent attender who is artistically adventurous - the ‘open-minded’ novice - and at the other extreme, the ‘loyal middle of the road’ who attends often but hates taking risks. In addressing these very different people, our response must be highly differentiated.

The open-minded novice is helped on a voyage of discovery through practical exposure, inspiring participative experiences, charismatic personalities, confidence-building and shared creative experiences. No clearer recent example of this exists than in the work of Birmingham Opera Company (BOC) whose production in 2000 of Alban Berg’s ‘difficult’, modernist opera Wozzeck (re-titled in English Votzek) centred around a community cast of hundreds of inner city residents performing promenade-style with world class singers, a large orchestra in a disused industrial building in central Birmingham. Family, friends and neighbours stood aghast, alongside seasoned middle class opera buffs, as the production by turns astonished and shocked. Not one person left the show anything other than deeply impressed with the work: ok, not running out to buy the CD, but certainly charged by the experience. How many times was ‘I never knew opera was like this’ said after this, and BOC’s next production, Fidelio, put on in a big top next to Aston Villa’s stadium?

The ultimate aim of audience development must be to encourage people to attend the arts more often. In the context of this model, we aim to move people North. The going-out habits they form by so doing, built on sound customer relationship management principles, will reinforce their brand loyalty. Over time, the positive effect of that brand loyalty will support some customers to try new variants of their favoured, familiar brand. Maybe, just maybe, moving out of their comfort zone into new, possibly unfamiliar territory ? into the bracing air of the North-East. But don’t force it. We’re all creatures of habit. We crave security. And we want to be loved.