A sense of space

Emma O’Neill reflects on how the spirit of a gallery can enhance a touring exhibition. 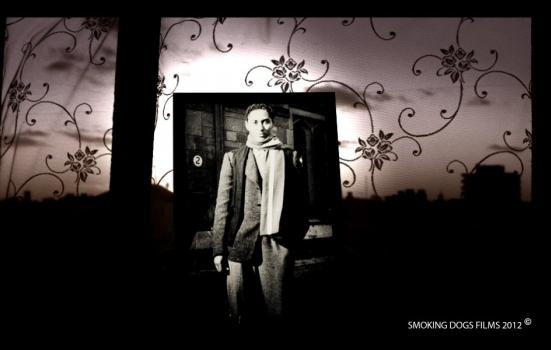 Technicians had just finished dismantling John Akomfrah’s ‘The Unfinished Conversation’ when I found myself alone in the empty gallery space at New Art Exchange in Nottingham. I was surrounded by scattered plywood that had for three months cocooned audiences as they absorbed John’s three-channel video work. Here I considered the space as it was in that moment – not as a bare room and empty venue waiting for the next artist, but as an artistic force in itself waiting to add its own touch to the next exhibition.

While I knew ‘The Unfinished Conversation’, a work based on the life of Stuart Hall, the co-founder of cultural studies in the UK, had previously been at the Liverpool Biennial, Sharjah Biennale and would then go on to other venues after leaving us, I could not help but think that the work would never be reincarnated in quite the same way. Sure it would look the same, but at each stop along its journey to different venues and countries, it would have to adapt − as all works do − not only to the physical space of the gallery but also to the spirit and history that each venue brings.

The New Art Exchange, a large arts space dedicated to promoting culturally diverse contemporary visual arts, is based in Hyson Green, one of the most deprived areas of Nottingham and an area with a large migrant population. In light of this alone it was a poignant showing of the work, considering that the very existence of New Art Exchange has a lot to do with Stuart Hall’s work in expanding the scope of cultural studies within the context of race and gender from the 1960s. Beyond this, the motivation of the gallery as an organisation aligns with the wider motivation of John’s work that aims, among other things, to give a voice and presence to the legacy of the African diaspora in Europe.

We were showing the work in a new space, and that in itself was exciting, innovative and new

Most importantly however, the gallery’s postcode allowed the work to resonate with many audience members who had a personal connection to both Stuart Hall’s experience of migration and John Akomfrah’s convictions. Positioning the work in Hyson Green seemed to bring the work beyond merely being an amazing piece of art into something transformative. And while the transformative power of art can be felt anywhere, it is hard to ignore the venue’s role in such a moment − with its history, positioning, drive and reason for existence.

Before the work arrived here, people were already talking about the exhibition and many had already seen it, so we were not showing anything ‘new’. However, we were showing the work in a new space, and that in itself was exciting, innovative and new − as it is with every exhibition that moulds and absorbs the spirit of a space.

Emma O’Neill is an arts writer and Head of Communications at New Art Exchange.
www.nae.org.uk

A sense of space