Willemijn Zandt explores the quest to achieve equality between the sexes by looking at the visual art market. 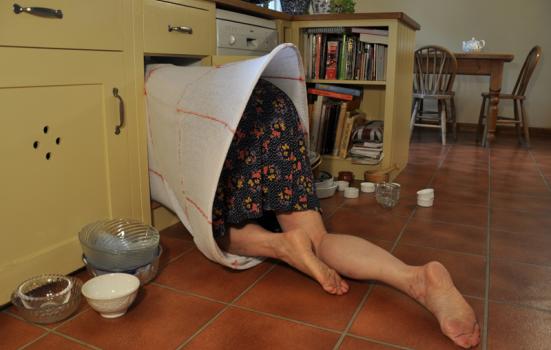 Let’s start off with a sexist remark and say that creativity is a typical female attribute and that therefore the arts must be a more gender-balanced industry compared to say engineering. But, according to the facts, there is far from an equal playing field for all players involved in the arts arena.

Although the art market has seen unprecedented growth, women artists have lagged behind. Recent research by East London Fawcett (ELF) shows that there were no women in the top 100 highest grossing auction performances fo 2012 and that of over 3,000 artists represented by a commercial gallery only 31% are female. Furthermore, by 2009 only eight female artists had sold work over the $1 million mark1.

Curator Monica Portillo at Aquí Estamos at PhotoEspaňa clearly describes the crux of the problem: “The art market is just another market after all and as such simply follows the rules of supply and demand. Thus the culture, ideas and social use of art by buyers explains a lot, and a market that thrives leaves little scope for real change, not only cosmetic change. There are as many male and female art students, but then somewhere along the way women disappear from the statistics of successful commercial artist. Of course, there is a market for ‘woman artists’ and this is in itself part of the discrimination, as often it means artists who deviate from the mainstream (male) art language.”

There are as many male and female art students, but then somewhere along the way women disappear from the statistics of successful commercial artist

This is where the gender gap widens and where the first hurdle for the selling side presents itself. The ability to get the exposure through galleries and other arts organisations is hugely important for the ultimate success of an artist. Just like any other industry, women in the arts juggle their careers and the care for family and home, with similar adverse effects. South London Women Artists (SLWA) co-founder Leonie Cronin says: “To raise your profile takes a lot of hard work, and that is exactly the thing that makes it very difficult for women once they have children. But it’s difficult for all women to continue to engage on the same level as before. Whether you’re working in banking and doing long hours or somewhere else, somebody in the end has to go home and pick up the children from their nannies, and they won’t be going to the pub after work when that important conversation happens.”

SLWA member Kim Thornton adds: “Most promotional art events are held during the weekend, or between 6 and 9pm − in other words exactly during children’s tea and bedtime.” Perhaps this is one of the reasons why organisations selling art prefer male artists; they generally do not have to juggle their careers and care for family and home, making them more reliable producers who can be present at promotional events.

But shouldn’t art just be discussed, praised or slated for the art itself and not its creator? This is where the other side of the art market steps in, the buyer and its ambiguous opinion of what good art is. It is the public’s perception of the actual end-product, the work of art, that decides if the product is good or not. Tracey Emin’s ‘Bed’ is used as an example of a work that shocked a stereotype (intended as such or not), since an untidy bed is usually not associated with women. Leonie comments: “If you have a messy, untidy bed by a male you would see that as a stereotype norm, whereas for a woman it could be seen as slovenly or slutty.” Would it have been as successful if it had been made by a man? It is the topic of female freedom with its positive and negative connotations that is expressed by women artists and alike the world over. Kim says: “It is about doing something to break the image that has been created for you so that you’re not the nice and pretty, well-behaved and organised stay-at-home, devoted mum and wife.”

Whatever the aim of the art may be, and provided it has made its way to the general public through art organisations, the buyer, led by the hand of the establishment, decides its success. Including the art bought on behalf of the public. Further ELF research shows that 8% of the 386 public works of art in Westminster and the City of London are made by women and only one in four are selected for the Fourth Plinth (the Trafalgar Square public art competition).

Monica Portillo comments on the art consumer as part of the gender problem: “We live in a conservative and traditional culture, where great art is linked to the idea of 'Genius' and its romantic nineteenth century virtues. And the genius, want it or not, is male, as is the 'Hero' in blockbuster cinema culture. When art galleries claim to be avant garde or working towards change, as a market its main purpose is finding visual languages and concepts which sell, and true change that is disturbing and destabilising does not sell well. This might seem too cynical but there is some truth in it.”

Making sellable art is equally difficult for men and women because the work can be so many different things to so many different people and its value is intrinsically influenced by personal experiences, memories and preferences. Once the work of art is made, the road to the shop window offers some rockier terrain for women who are also caretakers of the home and children. Smoothing their career path will not be easy, but could be better supported especially when it comes to government subsidies or other spending on the arts. The last obstacle however is the hardest: selling it. Here we arrive at centuries of history and decades of culture and society-building that pile up against women. As Josie Rourke, Artistic Director at the Donmar Warehouse, joked: “What’s holding us back? You mean apart from 2,000 years of patriarchy?”

What must be remembered in the discussion towards greater equality is the very role art plays in society, namely to act as a mirror and reflect issues so that they may be addressed. If therefore a case needs to be made for greater equality for women, then who else is better equipped than a woman?

Willemijn Zandt is a writer and blogger specialising in the visual arts.
www.artezandt.blogspot.co.uk