Whipping up a crowd

As crowdfunding continues to make an impact, Sean Egan looks at its two forms and how the arts can take advantage of the opportunities it offers. 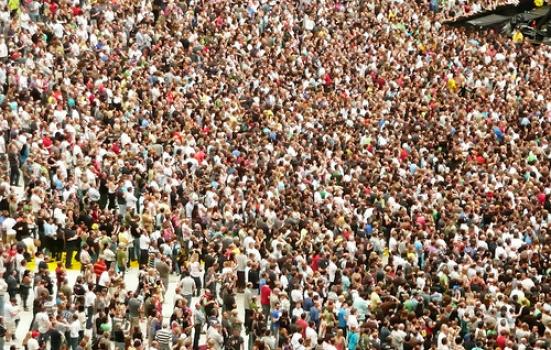 Crowdfunding offers a wonderful opportunity to bring in new funding for arts and media projects, be it for live shows, films, books or music. A great deal has changed in the last six months but there remains a view that crowdfunding is as yet unproven. That said, it is being actively pursued very successfully by a number of entrepreneurial individuals and organisations. The mixture of present caution and excitement is typified by Jamie Oliver’s recently quoted comments that in 18 months he expects to be able to fund documentaries through crowdfunding on YouTube.

It is important to distinguish between the two different forms of crowdfunding:

Reward crowdfunding is most commonly identified with Kickstarter and other platforms such as Indiegogo and Buzzbnk. They aggregate projects so that potential supporters can search for projects to support in return for rewards. Support is usually through sums of less than £100 and the totals sought are generally under £10,000. However, there is no need to rely on platforms: the theatre company Just Jones recently used crowdfunding to raise funds for workshops with young people. There are no rewards, save the satisfaction of supporting the work. This approach can be contrasted with how Spike Lee has used Kickstarter to raise more than the $1.25m target for his latest project. Those pledging $10,000 get dinner with Spike and seats at Madison Square Gardens, and there are a range of signed posters and books for other amounts. It is an impressively slick offer.

I would encourage arts organisations to look at using their databases of supporters to offer rewards as a means of enhancing a project. The amounts sought may be modest, such as contributions to educational projects, or topping up budgets so that productions can be enhanced. With other sources of funding under strain, and with a difficult funding round ahead, any new funds raised would be welcome. The rewards offered might be similar to the deeper engagement typically offered to corporate sponsors.

Equity crowdfunding has been far slower out of the blocks than reward crowdfunding, mainly because there are legal and regulatory issues depending on how the offer is structured. As with reward crowdfunding, there are platforms offering a variety of investment opportunities as well as entrepreneurs who run their own. I have dealt with many individual projects in the last five years ranging from ‘The Age of Stupid’ (which remains the high-water mark of equity crowdfunding in film) to projects (mostly films) based on common interests, whether a particular football team or a well-known children’s character. Many have been structured as angel investments where a number of ‘units’ in the project are made available. The main focus for projects at the moment is to incorporate the advantages of tax breaks under the Enterprise Investment Scheme (EIS) and Seed Enterprise Investment Scheme (SEIS) rules.

In the UK there are two equity crowdfunding sites registered with the Financial Conduct Authority. These are Seedrs and Crowdcube, which focus on start-up projects and are compatible with EIS/SEIS requirements but neither particularly target arts or media projects (though on Crowdcube there is one current substantial theatre project that may reach its target). What is missing is a platform for equity crowdfunding which is focused on arts and media projects. I believe there is demand for such a platform so long as the offers are structured in an attractive way and promises made in the offers are honoured.

The next six months can deliver access to a new generation of supporters and investors in arts and media projects. The key will be to ensure that the ‘crowd’, whether investing in equity crowdfunding or supporting reward crowdfunding projects, is not disappointed and comes back for more.

Sean Egan is Head of Arts and Media and a partner at Bates Wells Braithwaite.
www.bwbllp.com