Funding from friends and family

Lisa Mallaghan describes how friends, family and supporters rose to a crowd-funding challenge. 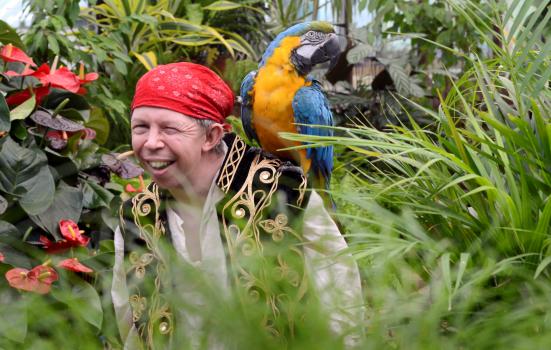 Last year Mind the Gap learned the exciting if slightly daunting news that our theatre company had secured Arts Council England (ACE) Catalyst funding to help us develop private-income strategies, with the added incentive of matched funding for every £1 raised. A successful application to a National Council for Voluntary Organisations (NCVO) partnership with crowd-funding specialists Buzzbank led to us being selected as one of ten organisations to take part in a fundraising challenge.

This was just the push we needed to give crowd-funding a go and launch ourselves head first into the unknown. Knowing how tight individual budgets are, we truly had no idea what return we would get for our efforts.

Donations came from unexpected places and many were higher than expected

Mind the Gap is an ACE National Portfolio Organisation and a local council preferred provider; we have ten members of staff and are experienced and successful in applying for trusts and grants. Despite this, direct fundraising from people who engage with us at an individual level – audience members, customers and peers – was relatively new. We have a fledgling ‘friends’ scheme and receive occasional one-off donations. As an organisation that works with professional actors with learning disabilities, going ‘cap in hand’ to supporters has historically jarred with our ethos, and maintaining professionalism and finding the right way to ‘make the ask’ is essential to us.

But, inspired by the NCVO/Buzzbank challenge, and confident in a database of core loyal supporters, we launched into the project with enthusiasm. Our crowd-funding focus was a pirate-themed app to engage audiences alongside our national tour of ‘Treasure Island’. It was a chance to learn about our networks, the strength of our relationships and the level of financial support we could attract.

Our whole company was involved: learning-disabled company members, staff and board. Everyone had to get over the hurdle of asking people we work with, as well as friends and family members, to donate to the project. We benefitted from this shared approach. It helped us as an organisation to move from the theory of asking to the reality, and to better understand how our supporters perceive and relate to the company.

It was enormously beneficial being part of the NCVO/Buzzbank challenge, particularly the chance to share knowledge and learning with other organisations as we went along, the highs when reaching milestones, and the stresses when things did not go to plan. We were set targets and deadlines, which galvanised our team’s efforts and helped our supporters share the sense of progress.

The experience confirmed that we have a strong network of supporters. Donations came from unexpected places and many were higher than expected. People took the initiative to fundraise in other ways and came up with imaginative ideas like selling cocktails at their birthday party.

As with all trials we learnt a lot. Crowd-funding campaigns are fun, and a really interesting way to engage in conversation with your supporters. But it requires an enormous effort by the whole team, and there are associated costs you have to watch out for. While our campaign was successful in raising the target of £3,000, we still know that crowd-funding is not a way to replace public subsidy that supports development and sustains the arts. However, it is an opportunity to find people willing to support you in trying out new and daring ideas – something that many funding bodies would not be willing to do.

Funding from friends and family