David Dixon is convinced that fundraising in the arts sector is relatively easy, provided arts organisations make good use of all their resources. 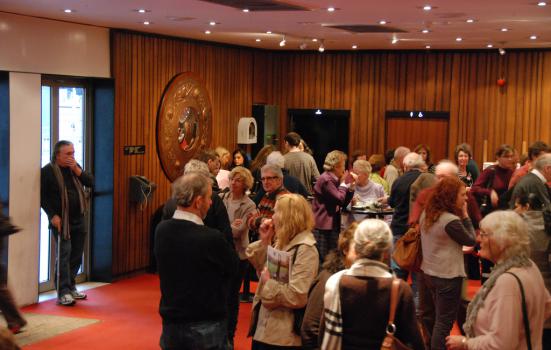 In 1991 I moved from Oxfam, where I was a senior fundraising manager, to become the development director of Oxford Playhouse Theatre. Oxfam’s head office is in Oxford and my new job was also fundraising so I thought that the main effect would be a shorter cycle ride each day. But in fact that new job changed the course of my professional life. What I found out about arts cultural fundraising astonished me.

First, I discovered that almost none of the ‘standard’ fundraising techniques I knew from Oxfam were being used anywhere in the arts in the UK – no direct mail, no legacies, no telephone fundraising, no databases and no measurement of return on investment (RoI). In fact, the only fundraising in UK arts in 1991 was corporate sponsorship, some special events and ad hoc gifts from wealthy people. In other words, one could hardly talk about professional fundraising at all.

Second, I discovered that most arts organisations have a natural advantage which makes fundraisers for other causes green with envy – thousands of potential donors walk in through their doors every day. Most fundraising charities must spend a great deal of money to find new donors, but in theatres, opera houses, museums, concert halls, galleries and so on it is the other way around – the donors come to them. But because the arts organisations in those days did not know much about fundraising, they did not realise what a fantastic opportunity they had in front of them.

I lost no time in trying out all the techniques I learned at Oxfam, such as direct mail, telephone fundraising and legacy promotion, and they all worked incredibly well. I implemented a programme of donor development and that too generated the results I hoped for. Donor retention was so good that 12 years later almost 70% of the donors recruited to monthly direct debit in 1991 were still donating.

Arts organisations have several very important advantages when it comes to fundraising from its audiences or visitors. If they sell tickets then they can (or should) accumulate a database of customers.These visitors are usually middle-aged and middle-class (on average) which means that they are ideal prospective donors.Many of these people are quite frequent visitors, so they have loyalty towards ‘their’ organisation.Many arts organisations serve a specific locality giving an additional layer of personal connection.Most have many ways of providing hospitality, creating special events and offering naming opportunities. What other kinds of fundraising organisations have such advantages?

Since 1993 I have worked with hundreds of arts organisations to help them raise funds from their audiences. All techniques work well, including telephone fundraising and direct mail, searching databases for major donors, legacy promotion, use of regular donations on direct debitand fundraising events.

Note that since audience fundraising is based around ticket-buyers then fundraising must be closely coordinated with marketing (those activities designed to bring the customers to the theatre or museum). This can easily be achieved but requires careful planning and, above all, a mindset which focuses on the customer/donor rather than the internal structures.

Ticketing databases of arts organisations contain a wealth of information which is not to be found on the donor database of a regular charity, such as price paid for the ticket, type of event attended, number of tickets purchased on a typical visit, other items purchased (where the software can record this). You might think that people who buy the most expensive tickets are the best fundraising prospects, but that is not the case. From many years of experience I can say conclusively that the single most important factor influencing propensity to donate and average donation levels is frequency of attendance, that is the average number of visits over a one or two-year period. This should not be surprising since this is a good indicator of loyalty towards the organisation.

Looking at friends schemes, there is tendency for fundraisers in the arts to design schemes with benefits as a vehicle for donations: patrons, gold, silver and bronze members, director’s circles and so on. Sometimes these schemes offer so many benefits that they actually lose money. With benefits come problems with VAT and Gift Aid. I must confess I have never understood why arts organisations like such schemes. They must think that by creating such structures they will get more donations but I have never seen any evidence of this. It looks like complication for no good reason. Philanthropy is a very simple relationship, easily explained as long as you have a worthwhile cause, and such schemes just get in the way.

I have been working in the Netherlands recently and after getting past the stage of ‘It won’t work here’ we have been testing out telephone and mail fundraising from audiences. Guess what? It works just as well there as here. Arts audiences everywhere are a great source of donations if you ask them in the right way.

David Dixon is Chair of The Phone Room and an international fundraising consultant.