Maggie Clarke tracks the progression of her career 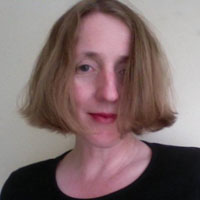 I set up XTRAX to develop and promote great new outdoor arts and circus projects. We are a small team but we pack a big punch, running showcases, festivals and producer services for artists.

A big part of our current work is managing the Without Walls consortium, a partnership of eight UK festivals which commissions and supports new outdoor arts projects. As a consortium we have developed more than 50 new works. I love working with artists as they develop projects – it’s an endlessly fascinating process for which everyone has their own recipe.

Working on the annual Streets Ahead festival in Manchester, I learned a lot about integrating community work into a professional programme. I also developed the stamina and resources needed to deliver a five-week festival.

I delivered a range of arts and festival projects including youth dance programmes, schools projects and community events. Working in a local authority where you are close to the reality of local politics is an invaluable experience.

I joined Peshkar, an Asian theatre company, in its early days. During my time there I raised a large sum for the company’s community work from the European Social Fund, as well as securing support from Arts Council England.

I was lucky to work with Sally Ann Wilkinson, a great sponsorship consultant, with whom I raised sponsorship money for a number of festivals in Manchester. I learned a lot about how to assess the commercial value of an arts offer for a sponsor, as well as the importance of maintaining an excellent contact book.

My work for Manchester City Council gave me my first taste of working with circus, when I worked on marketing and promotion for Cirque Baroque’s ‘Candides’ during a two-week run.

My first arts job was selling tickets over the phone for major commercial events and international ballet, opera and musical productions. It was fascinating to see who buys tickets for what, and to see the difference in sales figures between a popular classic opera and a modern interpretation or new work.