Julien Boast reveals how he got to where he is today 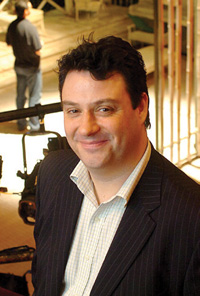 Since opening in November 2007, the Hall has become a respected regional theatre offering unique creative opportunities for Cornish theatre practitioners on the mid to large scale, and is a hub for the development of new Cornish theatre. I am relishing the opportunity to ensure the future artistic and commercial success of the Hall and putting the venue at the forefront of regional theatre.

It is a joy running one theatre, but two theatres is double the fun! I was responsible for the artistic and commercial success of two ATG venues, the Theatre Royal Brighton and the Churchill Theatre Bromley. They both had production arms and I enjoyed co-producing and creating a distinctive programme. ATG championed employees being able to balance work and family life, and it was empowering to work in a company with this business ethos.

There were skills I was looking to develop when I moved from subsidised theatre into the commercial sector. At Victor Mara, we built scenery for theatre, conferences and retail companies. My role was to head up client liaison and marketing, and ensure the financial viability of the company. My feet never touched the ground, but I had the most fun ever in a job – with a small and focused team of extremely clever craftsmen. My favourite part of the job was sneaking into the paint shop to watch the gentleman scenic artists working their magic.

A brief spell in the Midlands changed the way I viewed how productions could be presented. I was responsible for large-scale productions in the open air, co-productions on stage and work with the independent companies that were part of Belgrade Theatre Company. The organisation had a special place as a civic theatre: our work was made for Coventry and applauded for its innovative approach to creativity and production.

Being on a university campus for nine years was a golden time for me, producing new plays and collaborating with the artistic director Patrick Sandford. At first I ran the stage management teams and looked after the actors. I was promoted to Production Manager in a team that pioneered the early co-production model for regional theatres. Oh, and I headed up one of the first Lottery refurbishments of regional theatre at this time.

I was an ingenious ASM, hopeless DSM and Stage Manager within two years of leaving drama school, working in two weekly rep companies and stage managing Shakespeare in Ludlow Castle. It was at the end of an era when stage managers were treated like domestic servants and the industry was at the dawn of a new way of working.