The good, the bad and the uncomfortable

Kooj Chuhan examines the dangerous lives being lived on our doorstep, and looks at how artists can support migrants and refugees. 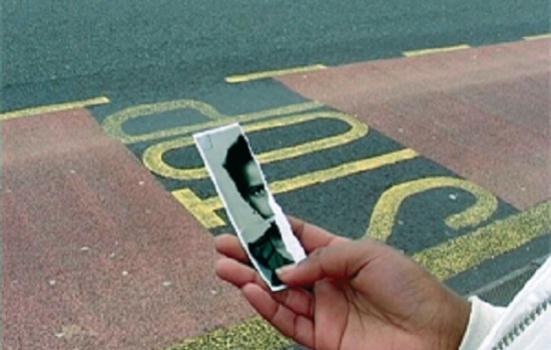 In 2002, Gurinder Chadha’s film ‘Bend It Like Beckham’ became the top-grossing British-financed and -distributed film ever. An astonishing achievement, considering that in the 1980s (when race issues invaded the post-punk era of the Thatcher years), even to make such a film would not have been possible. The UK had apparently moved on from race tensions, and the film was a feel-good insight into positive progress which won the hearts of swathes of the British audience. Feel-good narratives sell well, and the best can be insightful portrayals which achieve artistic recognition. Yet what of bleaker narratives, which audiences have been brought up to shrug at and the authorities would rather weren’t seen? What’s popular isn’t always good. What’s good isn’t always popular. How do principled and humanitarian arts managers, commissioners or programmers deal with this imbalance while under pressure to maximise audiences? Forty-three children are currently in detention at Yarl’s Wood Immigration Removal Centre. The Children’s Commissioner for England has criticised the government for treating these children inhumanely and violating the UN Convention on the Rights of the Child. One father killed himself to allow his son to be able to stay here safely until he is at least 18. In 2008, over 1,500 migrants died trying to enter a European country. Art should look at the reasons why.

Soon after founding the artists’ group Virtual Migrants, I saw Kay Adshead’s ‘The Bogus Woman’, a rare play that deals with the appalling experience of a refugee going through the detention system. This enduring play was later called “essential watching for its cutting indictment of the way in which we, as a society, fail those who rely on us for fairness, freedom and compassion,” by theatre critic Lynne Walker.1 Lisa Goldman, who commissioned the play, sees “the role of art as being to engage in areas of public debate and provoke questions.” Adshead wrote the play because she “…could not believe that the violation of human rights of vulnerable people was happening in England… I hope it will give people an insight into what it can really be like to seek asylum in this country. I also hope it may change minds.” Since then, there has been considerable support for arts that connect with the ‘refugee experience’. In our world of conflict, inequality and depleted resources, the need to migrate will increase. Yet many people seeking asylum understandably want to avoid being contentious, in order to avoid the tougher side of the experience. This can lead to cultural and artistic development, as well as dismantling the ‘gritty’ stereotypes, but it can also play into the favoured feel-good territory.

Luckily, artists from ‘established’ communities are exploring the experiences of people escaping life-threatening instability, with films such as the harrowing ‘Ghosts’. Such work has a strong pattern of collaboration with the people in question, or of the artist seeing themselves as a mouthpiece for those experiences. As Benjamin Zephaniah said of his novel Refugee Boy, “…everything in the book comes from other people’s experiences. In a way I don’t really see myself as the author of this book, I just collated these people’s experiences and put them into one character.” These approaches have been central to the work of Virtual Migrants. Our purpose is to explore narratives underpinning race, migration and globalisation. The additional perspective is our commitment to examine the causes of the conflicts and economics which drive migration and underpin the more commonly highlighted systemic human rights abuses. Along with The Refugee Project’s publication ‘How UK Foreign Investment Creates Refugees and Asylum Seekers’, our work helps to piece together an uncomfortable jigsaw.

Five years’ worth of our video, digital art, music and cross-artform collaborations has been published in a box set, ‘Exhale’ (available from the Virtual Migrants website). It explores a range of themes, including the link between the war on terror and the war against asylum seekers; school- children’s campaigns for fellow pupils; resonances between slavery and modern migration contexts; and the legal categorisation of people as refugees or asylum-seeking migrants which demeans their rights. The collaborators come from different backgrounds, and identify differently, depending on the issues. The work involves a mixture of migrants and non-migrants, encompassing a range of displacement experiences. While it is true to say that such personal identification fuels our motivations, equally there is a basic empathy and humanity for everyone to own and participate in. The film director, Ken Loach, was once asked why he, as a white, middle-class, Oxbridge-educated male, makes the films he makes. He responded, “what a ridiculous question!” stating that anybody can be moved by injustice, inequality and suffering, and that we have the right and duty as global citizens to address those issues. Such injustices are a red rag to an increasing number of artists for whom the uncomfortable option takes priority, and creative work develops relationships with dynamics outside the arts bubble. Virtual Migrants, for example, maintains structural links with Asylum Support Housing Advice, which avoids the feel-good and chooses to specifically support asylum seekers whose applications have been refused – and who can be homeless and destitute.

In 2003 the British Council’s international conference, ‘A Sense of Place’, was a landmark event at which Virtual Migrants were given a platform. The conference took place at a peak of interest in arts, refugees and displacement. it remains to be seen how long such support can maintain its focus, and whether the range of arts practice working with the cultures and issues involved can develop into a strong movement. While a sense of intangibility continues despite the conference, that there is a movement is beyond doubt along with a sense that it is gaining momentum. Global issues have never been so visible, the desire for change never so strongly articulated. Playing it safe may define the recession, and for arts professionals it may be seen as suicide to think otherwise. Nevertheless, we have to ask whether we are building a better world, free from injustice, and the answer to that might be both uncomfortable and unpopular.

The good, the bad and the uncomfortable