How can arts organisations join the preparations for the Olympic and Paralympic Games in 2012? Alex Homfray explains. 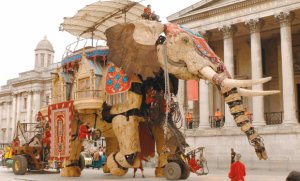 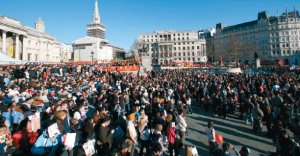 The London Cultural Consortium (LCC) is at the forefront of efforts to engage the sector with the cultural programmes being developed around the Games. The Consortium runs the Culture and Creativity Forum for London, which brings together the agencies delivering the Games with those that support culture in the capital, such as Arts Council England, London. Led by LCC Chairman Chris Smith, the Forum helps to advise the cultural elements of the Games and to align individual agencies’ efforts. It advises the work of the team in the Mayor’s Office and the London Development Agency that will co-ordinate much of the activity in London.

Most important of all, the Consortium tries to keep London’s thousands of cultural organisations and practitioners up to date with opportunities to join in. The Consortium communicates with the sector via its website, newsletter, publications and occasional consultation events. The guidebook ‘London culture and 2012’ was given a warm welcome from the agencies delivering the Games, freelance practitioners and all in between. A follow up is planned in the summer, to provide updates on all developments. The Consortium does not have the capacity to advise individual projects, but aims via its communications to help organisations and practitioners make informed decisions about their input to London’s cultural programmes.

At this stage the main opportunities to join in are:

• Ceremonies and events – in particular, the London-wide celebrations that mark key moments on London’s Olympic journey, such as the Torch Relays and Handovers. [[Major funders such as Arts Council England and Youth Music recently reaffirmed their intention to support Games-related project.]]
• Cultural Olympiad Major Projects – many of which will involve renowned cultural institutions based in London. It is hoped these will be accompanied by activities in more local venues.
• UK Cultural Festival – the more community-oriented projects admitted into the Cultural Olympiad and granted use of the new London 2012 ‘Inspire mark’. Up to ten projects are expected in 2008, operating across London or across at least one London sub-region.
• Big Dance for London – a major programme of dance activities and events between now and 2012, especially focused on 2010 and 2012, funded by the Legacy Trust and engaging international renowned dance companies and the smallest community groups.
• Sub-regional and local initiatives – cultural activity co-ordinated in each sub-region of London, starting this summer. For example, the Five Boroughs Festival plans to bring together many existing East London events into an annual programme that could grow as big as the Edinburgh Festival. There will also be local events, for example, linking in to the various Olympic training camps expected around London.

The Consortium is encouraging the sector wherever possible to feed ideas for projects and events into these programmes. This should ensure that projects benefit from co-ordinated joint publicity rather than compete for attention. Some activity may not be able to be branded and promoted as part of the Cultural Olympiad. The Consortium is working with the Mayor’s Office and Visit London, the capital’s visitor marketing agency, to ensure that residents and visitors are aware of the full calendar of cultural events on offer.

Funding is also taking shape. Last month the Legacy Trust UK awarded £2.8m to the Big Dance for London, and the Mayor launched a £1.4m fund to support cultural activities over the next 18 months, with the possibility of extending to 2012. Major funders such as Arts Council England and Youth Music recently reaffirmed their intention to support Games-related projects.

The Games also have remarkable power to focus external investment. Visit London (the official visitor organisation for London) estimates that the capital being awarded the Games has already helped to bring in an additional £100m-worth of events. Last autumn the Government awarded £50m towards the extension of the Tate Modern, against the backdrop of London preparing for 2012. All of this should help to support – but not underwrite – London organisations and practitioners’ engagement with the Games.

Some organisations and practitioners will want to develop stand-alone projects and events to mark the Games, and to seek new funding to help realise them. But the majority of the sector might find it useful to see the Games as an opportunity to develop existing work and current audiences, to gain new partners and volunteers, and – given the funding context – to make existing resources go further. All projects and events should be innovative, in response to the unique circumstances of the Games and of the cultural programme being joined, and all projects should connect to ongoing activities and should help to achieve long-term objectives.

The Games represent just one stage in the ongoing development of London’s cultural offer, albeit a very significant stage.

Alex Homfray is the Co-ordinator of the London Cultural Consortium. The Consortium works with the Mayor of London to champion the capital’s vibrant and diverse culture.
w: http://www.london.gov.uk/lcc