Lesley Fidler considers the ways in which employers might commit fraud through their dealings with employees.

It is quite possible for an employer to disadvantage an employee or other members of society, not necessarily with dishonest intent, but simply by cutting corners in an attempt to save costs. The most blatant form of fraud on employees, whereby an employer deducts PAYE and NICs from wages but fails to pay it over to HM Revenue & Customs, usually winding up the business after the directors have extracted the funds, is unlikely to be perpetrated accidentally. The setting up of a subsequent business, often known as a phoenix, since it rises unjustifiably from the ashes of the previous one, is also not an innocent mistake. Suffice to say that the HM Revenue & Customs has recovery powers in such cases where the directors can be found. However there are many less obvious situations that can disadvantage the worker but benefit the employer/work-giver.

At the very start of the relationship between work-giver and worker comes the decision as to whether the worker is an employee or a self-employed contractor. Leaving aside the particular considerations which affect the employment status of performers (AP issue 128), it is cheaper for the work-giver if the worker is treated as self-employed, paid gross and left to sort out any tax and national insurance personally. It is cheaper because the employer has no class 1 secondary national insurance contributions to pay (currently at 12.8% on wages over £100 per week). The employee, assuming he or she pays anything at all, would pay Classes 2 and 4 NICs, rather than Class 1 contributions. Using non-employed workers is also cheaper for the employer because employment rights such as entitlement to statutory sick pay, statutory adoption pay, statutory maternity and paternity pay (the cost of which has to be met by the employer unless the payroll is very small) together with holiday pay, do not accrue to the self-employed. But without a Class 1 NICs record, the employees rights to Job Seekers Allowance and various other contributions-related State benefits can be compromised. An employer who manoeuvres an unsophisticated worker into self-employment only in order to save costs for the employer, may well disadvantage the worker in the long run. Workers who fail to pay any national insurance contributions at all are likely to affect their future entitlement to incapacity benefit, bereavement payment and allowance, widowed parents allowance and, most importantly, the main State retirement pension.

A common way in which cases relating to employment status reach the courts or the tribunal system for determination is as a result of accidents at work. Faced with the prospect of weeks without work as the result of a broken limb, workers who were happy to be regarded as self-employed when it meant payment without the deduction of PAYE or NICs, have been known to argue that they were in fact employees in order to qualify for statutory sick pay. If the individual is successful, this can prove expensive for the re-categorised employer. It is the Revenues policy to look to the employer for the missing PAYE and Class 1 contributions, regardless of the fact that the employer would have recouped all but the employers NICs out of the employees pay. A re-categorised employee in this situation could, if he or she wished to be awkward, refuse to agree that that any tax that he or she had paid on those earnings should be used to offset the employers current liability, and instead claim a personal refund. If the employee had in fact paid no tax or NICs, the result can be that he or she ends up with a contributions record, no further tax to pay, and more cash than had he paid been paid though the payroll in the first place. The employer on the other hand may end up with an additional tax and NICs bill, interest and possibly a penalty as well. A very good way to blow a budget!

Few arts organisations are going to be so cavalier as to fail to carry third party and employers indemnity insurance, but there is at least a moral debate as to whether and to what extent health and safety training is also required in order to safeguard the welfare of workers, visitors and members of the public to venues and events.
The use of casuals is another area in which the employer stands to gain financially from failing to operate PAYE correctly. Unless those workers are definitely in business for themselves, the Revenues guidance in its E13 helpsheet (available on the Revenues website at www.hmrc.gov.uk and on the Revenues employers CD-ROM) at page 20 onwards should be followed. Only if the casuals have been taken on for a week or less and there is no prospect of their ever being used again, should the P46 procedure be overridden and no deductions made. In all other cases, the employer should request form P45 from the employee and if none is available, ask the employee to sign the appropriate declaration on form P46.

It is a criminal offence for an employer to engage anyone who is not entitled to work in the UK. The Asylum and Immigration Act 1996 that created this offence also provided a statutory defence so that an employer who does not know or believe an employee to be working in the UK illegally and can demonstrate that it took adequate steps to check documents will not be convicted. The steps are set out at www.ind.homeoffice.gov.uk/lawandpolicy/ preventingillegalworking/yourdefence and involve seeing one or a combination of original documents, checking their validity and that they appear to belong to the potential employee and retaining a record as evidence. There is a maximum fine of £5,000 per employee for employing an illegal worker and there is a possibility that this may be increased. To avoid allegations of discrimination, checks should be made on all new employees, however unnecessary it may seem. It is not advisable to restrict checks to those who appear to have foreign names or appearance.

Finally, having obtained personal information such as copies of passports, addresses, bank account details and national insurance numbers, employers have a duty to ensure that they do not act in a way that enables employees identities to be stolen. Care with the disposal of old computers and the shredding of all waste paper that includes not only current employees but former employees details, such as job application forms, copy payslips, etc. are obvious precautions, but often overlooked when offices are relocated or filing cabinets emptied.

Few if any organisations set out to defraud their own employees but there are a number of ways in which an employer can disadvantage itself or its workers by failing to take sufficient care. 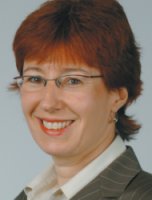