Our salary survey feature in issue 132 reported average full-time arts sector salaries for the UK as a whole. But what if you live in London? Or in Scotland or Wales? What might you expect to be in your pay packet?
Average salary figures can be very misleading. They hide all sorts of differences, and, by definition, half of the population will celebrate that they are doing better than average, while the other half will feel aggrieved that their pay is falling behind. One of the factors that is likely to determine whether an arts professional is paid more or less than the UK average relates to where they live. But to what extent is salary dependent on location? 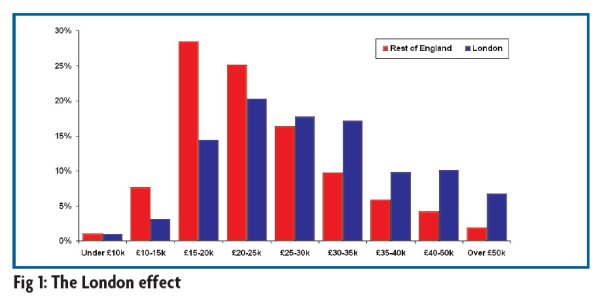 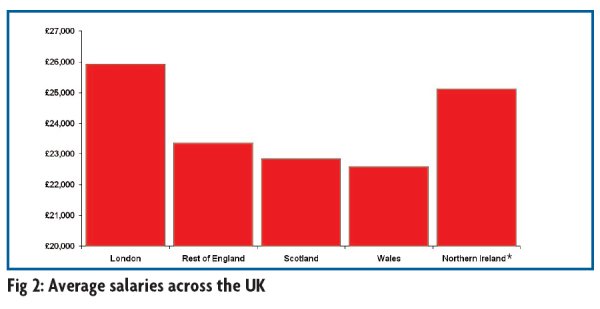 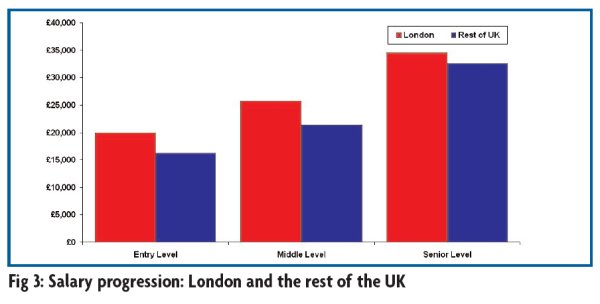 It is the salaries of entry level staff which show the most significant London effect. Entry level jobs in London pay an average of 23% more than those at a similar level elsewhere in the UK. At middle level the difference is 21%, and for senior posts, that difference is only 6% (Fig 3).

* The number of respondents from Northern Ireland was too small to enable robust conclusions to be drawn about average salary levels there.