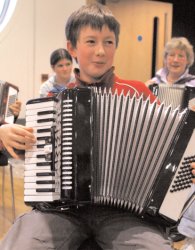 This week sees the launch of a major provocation paper examining the place of education and learning in our national and regional performing arts and cultural organisations, published by Mission, Models, Money. Its authors, Sara Robinson and Teo Greenstreet, argue that arts organisations failure to integrate education work with their core artistic programmes is preventing them from stimulating wider public engagement with the arts.

The fact that producers and presenters choose to make clear distinctions between those events and activities that sit under the education banner and those that dont, raises some fundamental questions about art and its audiences. Do some of us need educating more than others? Are our core or main stage programmes devoid of educational value? Is it beneficial to separate art from learning? And is this separation merely an issue of language and terminology, or is there a cultural hierarchy creating the distinction? When the trustees and senior executives at some of our national performing arts and cultural organisations (the top ten of which receive almost 50% of Arts Council Englands revenue funding budget) express ambivalence and confusion about how educational activity relates to the core purpose of their organisations, it is, perhaps, no surprise that questions such as these are seldom addressed.

The current status of arts education in our cultural institutions provides clues as to the value they place on this type of work. The UK boasts a wide and growing range of arts education work, much of it considered to be of an exceptionally high standard, and we are seen as being a world leader1. Yet despite such accolades, education work often remains sidelined from core artistic activity and unrelated to core objectives. Definitions and terminology are confused, mechanisms for sharing best practice are limited, and there are no standard or robust evaluation methodologies for making the case for arts education. Advocacy for education amongst trustees and senior executives is very limited, not least because it is often seen as having emerged as a result of funding imperatives rather than mission. Arts education positions, both freelance and salaried, are typified by long hours and low pay, and compared with the sums spent on our core and main stage work, the percentage of total arts spend allocated to education from both public and private sources is miniscule.

In stark contrast with this bleak picture, we are hearing more and more about the desire to increase relevance and engagement with a much wider public. The need for arts and cultural organisations to reinvent themselves in order to gain wider public relevance in return for the current levels of public funding has also become a core political theme, and Culture Minister David Lammy has articulated deep government dissatisfaction with the pace of progress in this area. The irony is that neither policy-makers, cultural professionals nor cultural commentators seem to have grasped the notion that arts education the core purpose of which relates to learning and engagement could be the key to delivering the public support that they are seeking. But first, the concept of arts education has to move on from the classic one-way street where organisations deliver their choice of arts and culture to audiences. If an organisation has learning and engagement at the heart of its mission, then the potential for listening to the public, to find out how they want to be engaged, and with what, must also be explored.

Learning and engagement at the core

What, then, might be the impact if arts and cultural organisations made a commitment to embed learning and engagement into their mainstream practice?
Trustees and executives would revisit their vision, mission, artistic policy and programme and start asking themselves some difficult questions: Who do we want to be engaged, and in what ways? Does our artistic programme need to change? What activities can we offer to encourage people to get more deeply involved and to attend more often? How might these activities work alongside the artistic programme so that people make clear links between their own involvement and what is on stage?
The organisations programme would be viewed as a single entity with different strands, including a significantly enhanced and more diverse learning and engagement component, which would be integrated with other artistic work to create a perpetual circle with one feeding off the other.
Tensions between the learning team and the programming team would be resolved in the context of overall strategy, and artistic directors would have a clearer responsibility for developing learning and engagement.
Organisations would invest in expertise to develop the most effective methods of learning and engagement technology, and other contemporary methods of engagement would sit alongside traditional forms such as workshops and schools matinees and would value and reward the skill it takes to run learning programmes and projects.
Tensions between the art and the education budgets would be relieved because the two would be inextricably linked in delivering overall objectives. Funders would be encouraged to invest holistically in an entire creative project or programme.
Staffing structures would be re-modelled to include key education staff at strategic levels in organisations with pay-scales to match.
Audiences who wish to, would be enabled to participate actively in the arts as much as consume them.

Anyone in doubt that such claims can justifiably be made for the integration of education work into the core of arts organisations should take inspiration from the few dynamic and widely respected organisations that have proved that it is possible to reinvigorate the way they cultivate relationships between art, artists and audiences by placing learning and engagement at the core of what they do. The Sage Gateshead and the London International Festival of Theatre, for example, have done just this, and are able to demonstrate engagement with a wide range of people without compromising the quality of their artistic programmes. Indeed, both organisations would argue that an ethos of learning at the heart of what they do enhances their ability to operate creatively.

Surely now the time is right to dispense with the outmoded idea that education is a philanthropic, tokenistic activity designed to appease funders or tick the minority box. Art and education are inextricably linked: one fuels the other because art without engagement is surely meaningless. By viewing education as the process of engaging people with the art we (and they) create, and by making it core to mission, arts organisations will give themselves the best possible chance of reaching the holy grail of wider public involvement with the arts.

Sara Robinson is a freelance arts consultant and projects director. She was a Clore Leadership Fellow 2004/05.
e: sara_robinson@btopenworld.com

Teo Greenstreet is Chief Executive of The Media Centre, and also a Clore Fellow 2004/05.
e: teo.greenstreet@mcnetwork.co.uk

The provocation paper Mission Unaccomplished: the place of education and learning in our national and regional performing arts and cultural organisations is available online at http://www.missionmodelsmoney.org.uk