BBC Wales has appointed theatre and opera director and film-maker, Ceri Sherlock, as its first Commissioning Executive, Arts. He joins from S4C where he was Commissioning Editor, Music. 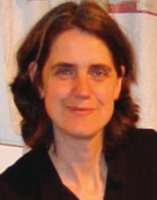 Salford Museum and Art Gallerys new Refugee and Asylum Seeker Officer is Anna Bunney (pictured). Before joining, she worked for Manchesters Museum of Science and Industry and the Science Museum in London.

Laura Broderick has left the post of Education Officer at Northern Architecture, the architecture centre for the North East, and is joining RIBA (Royal Institute of British Architects) in London as its Student and Graduate Liaison Co-ordinator.

Joe Meaney is the new Marketing and PR Manager at Nordoff-Robbins Music Therapy, the UKs largest specialist music therapy charity. His earlier communications roles were at Arts Council England and NESTA, the National Endowment for Science, Technology and the Arts.

Jonathan Mills, the incoming Director and Chief Executive of the Edinburgh International Festival, has announced the appointment of Joanna Baker as Managing Director of the Festival. She joined the Festival in 1992 as Marketing and Public Affairs Director and was a member of the Scottish Arts Council from 2000 to 2006.

Kenneth Richardson will be the Director of the 2008 Temple Festival in London, a year-long celebration to commemorate the 400th anniversary of the granting of the Temples Royal Charter. He was previously Artistic Director of the Covent Garden Festival and Associate Director of Greenwich Theatre.

After nine years in charge, Gwenda Hughes will be stepping down as Artistic Director of the New Vic Theatre in Newcastle-under-Lyme at the end of this year. Theresa Heskins, currently Artistic Director of Ludlow-based Pentabus Theatre, will take up the post in January.

Two appointments have been made to run The Inventive Promoter scheme for Creu Cymru: Deborah Keyser, Project Manager, has been a part-time member of the Creu Cymru staff since October last year, and Cathy Morris, Marketing Mentor, is a freelance marketing consultant.

Ashley Solomon is the new Head of Historical Performance at the Royal College of Music in London.

Simon Haworth has been appointed as the new Marketing Manager for the Queens Hall, Hexham. He was previously the Marketing Officer for Rosehill Theatre, Whitehaven. 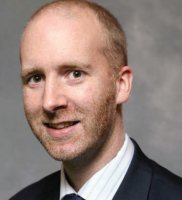 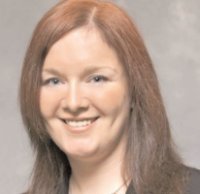 Marcus Cooper (pictured), previously senior fundraiser for an appeal to build Northern Irelands only Childrens Hospice, is taking on the role of Fundraising Director at the Lyric Theatre, Belfast. Susan Phelan (pictured), who has been working for travel and entertainment ticketing companies, is the new Manager of the marketing team.

Laurence Jackson, currently first violinist in the Maggini Quartet, has been appointed Leader of the City of Birmingham Symphony Orchestra.