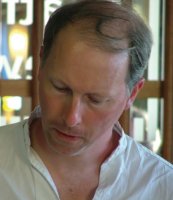 Artistic Director, Philip Parr (pictured), will be leaving the Swaledale Festival after six years. He will continue as Director of the Bath Shakespeare Festival, and will be pursuing other challenges.

Christopher Hodgson, previously Head of Audience Development & Education at greenroom in Manchester, has left to join The Questors Theatre in Ealing, London, as Executive Director. 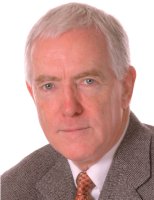 Geraint Talfan Davies (pictured) has been announced as the new Chairman of Welsh National Opera. He previously held the role from 2000 until 2003, prior to becoming Chairman of the Arts Council of Wales.

The new Chair at Hall for Cornwall is Peter Davies, who has been Chair of the Central Cornwall Primary Care Trust since August 2002 and was previously Chief Executive of Cornwall County Council. He replaces David Brierley CBE, who has retired.

Jennifer Booth (pictured) has taken up the new post of Public Arts Officer with the Community Arts Service at Rotherham MBC. She also works as an Artist in Residence with Creative Partnerships in a Sheffield School.

Maggie Hampton, Robin Morrison, Ian Rees, Clive Sefia and Deborah Wilcox have been announced as the new Council Members of the Arts Council of Wales.

Eliza Gluckman is leaving Asia House to work part-time for cultural agency Candlestar and freelance on projects for Art Asia Pacific. She is replaced as Exhibitions Co-ordinator by Sophie Persson.