Debate about how best to justify support for the arts has evolved in recent months with the notion of cultural value. Eleonora Belfiore shares her views on it. 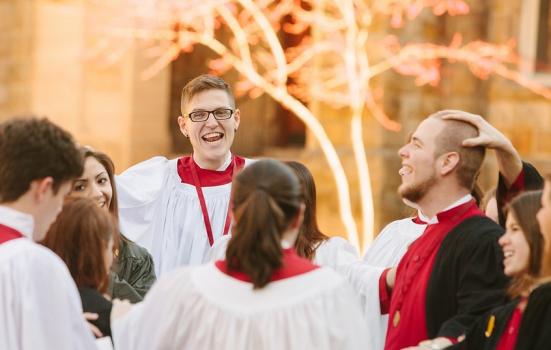 Periodically, new concepts and buzzwords appear on the cultural policy scene that capture the imagination and seem to offer a viable solution to the policy impasse of the time (usually the need for the cultural sector to put forward a stronger case for the arts to the Treasury). Some of these concepts seem to stick and are adopted by policy makers, cultural organisations, consultants and academics and might go unchallenged for years.

Two obvious examples come to mind: the notion of the economic impacts of the arts, brought to our attention in the 1980s by John Myerscough in his book The economic importance of the arts in Britain; and in the 1990s, the social impacts of the arts, which acquired their popularity thanks to the work of François Matarasso. Despite criticism of the evaluation methodologies proposed by both researchers, the economic and social justifications for arts funding have proved remarkably resilient. Their instrumental nature, however, has recently been at the centre of much attention and criticism, to the extent that Tessa Jowell herself has lamented the limitations of a narrowly instrumental approach to arts funding. It was with her personal essay of 2004, Government and the value of culture, and the question How, in going beyond targets, can we best capture the value of culture? that the search for an alternative to hardcore instrumentalism was officially launched.

The most recent attempt to solve the quandary exposed by Jowell, comes in the shape of the notion of cultural value as elaborated by John Holden, the Head of Culture at think-tank Demos, in the pamphlet entitled Capturing cultural value: How culture has become a tool of government policy. The publication has already caused quite a stir and generated great interest in the sector. I would therefore like to analyse the concept and see how it fares when placed under critical scrutiny.

First of all, I think it is important to underline a profound difference between Holdens notion of cultural value and the preceding studies of the economic and social impacts of the arts. For all the faults that have been found in their respective methodologies, nobody could ever question the pioneering nature of both Myerscoughs and Matarassos work. They both saw that the rhetoric and expectations of the funders of the arts in Britain had changed, and thus attempted to find and articulate a new and more effective case for the arts. Admittedly, the ideas that the arts could contribute to both the economy and social cohesion were not new in themselves, but they did find, in the work of the two researchers, a new and powerful articulation. Hence their popularity, which today is still far from extinguished.

Holdens notion of cultural value however, seems not much more than a fashionable re-packaging under a new label of ideas that have been in circulation in public policy discourse and economics for quite a long time, without any creation of added value in the process. Holden, in fact, fails to give us an original articulation of the concept of cultural value, which is, in fact, never defined explicitly. The picture of what cultural value is has to be inferred from Holdens mélange of non-use values, as traditionally defined in the field of economics (existence value, option value and bequest value), with the addition of snippets of wisdom borrowed from other disciplines. For instance, Holden tells us, cultural anthropology teaches us that cultural values include historical, social, symbolic, aesthetic and spiritual values. I surely would agree with both Holden and the cultural anthropologist here, though I am not clear in what way these connotations make the notion of cultural value in any way radical or innovative as Holden claims it to be.

Furthermore, Holden reinforces the questionable, yet increasingly popular, dichotomy between so-called instrumental and intrinsic values of the arts, lamenting that the former have obscured the latter as the guiding ethos of cultural policy-making. This he sees as being a result of the combined action of a growing managerialism in the public sector (due to the spread of New Public Management) and a crisis of the authority of traditional cultural institutions at the hands of postmodern theory. This is indeed true, although this interpretation of events is hardly original.

Holden also seems to overstate the role that intrinsic values historically had in cultural policy. Whether we want to call it art for arts sake or intrinsic value, the fact remains that a consideration of the value of the arts in themselves has never been behind cultural policy in Britain (or, for that matter, anywhere else). The very idea of a public policy for the cultural sector necessarily entails the view that the arts can be useful in achieving a number of desired effects (and on this ground, are worthy of public support). Rather than the simple instrumental nature of arguments to defend arts funding, I would suggest that what distinguishes the present form of instrumental cultural policy is, in fact, an emphasis on the measurability of the desired impacts, together with the perception that the assessment of beneficial impacts ought to be a pre-condition for the legitimacy of the cultural sectors demands on the public purse.

Another problematic aspect of the paper is the way in which sweeping statements on the present state of arts administration in this country are scattered throughout the essay, without any corroborating evidence. For instance, Holden seems to be confident that, as a direct result of pressures to measure value, the cultural aims and practices of organisations have been subverted. Energies have been directed into chasing funding and collecting evidence rather than achieving cultural purposes & the essence of culture has been lost. Elsewhere, Holden suggests that the ability to play the game and put together stronger applications for funding is now more important, for artists, than the actual artistic activity itself. Whilst there is little doubt that impacts evaluation has represented an additional administrative burden for many artists and arts organisations, the issue of whether the growing instrumentality of current policies for the cultural sector has actually resulted in changes in their core artistic activities (e.g. whether the type of art that is, or is not, created has changed as a result of changes in funders priorities) is currently probably one of the most under-researched aspects of British cultural policy.

For reasons of space, I can only look at one further concern raised by this pamphlet. Holden maintains that one of the consequences that would flow from the adoption of cultural value as the basis for cultural policy-making would be that the Department for Culture, Media and Sport, local authorities and other funders would stop giving targets to institutions. Funders would respond to the missions and visions of cultural organisations rather than setting their agendas. I certainly would agree with Holden on the desirability of such an idyllic scenario, though I am afraid this is but wishful thinking. Cultural policy does not operate in splendid isolation from the rest of society. The government has made its commitment to evidence-based policy clear. Unless we decide to reject the current established norms in public administration altogether, this is indeed the framework that the sector has to operate within. Other spheres of the public sector (such as health and education) are under equal pressures to provide convincing evidence of their value. There are really no grounds on which to argue a special exemption for the cultural sector. This is why I am not convinced that the call for a new concordat between funders, funded and the public represents a realistic scenario, at least not in the formulation offered by Holden.

Where I would agree with Holden is in the acknowledgement that the challenge we currently face is the one of forging a new language a language that can go some way in expressing the role and functions of the arts in society (the notion of function being preferable, I would suggest, to the narrower concept of impact). This is obviously not a simple task. Attempts to elaborate a coherent statement of the functions of the arts within society and within the state was first tackled by Plato in his Republic, and has been keeping philosophers, artists, political theorists and public administrators busy ever since. That we are still grappling with questions of what the arts do to individuals and society proves that the answer might necessarily have to be at least as complex as the question itself. In other words, it can hardly be contained within the limits of a buzzword or catchphrase, even one as seemingly appealing as Holdens cultural value.

Eleonora Belfiore is a Research Fellow at the Centre for Cultural Policy Studies at the University of Warwick.
w: www2.warwick.ac.uk/fac/arts/theatre_s/cp/research/fellowship

Eleonora is currently engaged in a critical-historical study of claims made for the arts and the extent to which these claims may be tested empirically. The study is funded jointly by the Arts and Humanities Research Council and Arts Council England.