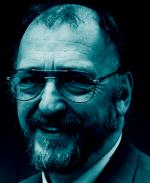 Temporary changes in management at Yorkshire Arts have been made following the secondment of Chief Executive Roger Lancaster (pictured) to the Arts Council of England, as a member of the team exploring a new structure for the funding system. Deputy Chief Executive Andy Carver is to act as Chief Executive, and the corporate affairs department will be covered by Mary Wright and Gary Topp.

The Chief Executive of Wales? Millennium Centre, Kathryn McDowell, is to take up a new post as artistic and Administrative Director of the City of London Festival. She leaves less than a month after the National Assembly finally gave the go-ahead for the £92m Cardiff Bay project.
Hedda Beeby, who for the past 12 years has worked in partnership with Tish Francis at The Oxford Playhouse, is to join Ambassador Theatre Group (ATG) in the new position of Group General Manager. This role has been created to liaise with ATG?s joint venture production companies, which include Natural Nylon Theatre, Trademark Theatre and Young Vic Theatre Company.

Shobana Jeyasingh Dance Company has announced the appointment of Tim Tubbs as Executive Producer. A freelance dance manager since 1993, Tim?s clients have included Union Dance Company, and Richochet, and he has worked as General Manager of Sakoba Dance Theatre. 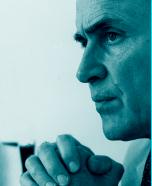 Bill Kallaway (pictured), Managing Director of Kallaway Limited, has won the Hollis Award for Sponsorship Personality of the Year for services to the development of arts sponsorship. Over 30 years, he has worked with leading sponsors and arts organisations, developing projects including Whitbread Book of the Year, Sainsbury?s Choir of the Year and BBC Young Musician of the Year.

Rachel Hanson has taken on the role of Marketing and Development Manager at De Montfort Hall in Leicester.

The Arts Council of England has announced the appointment of Alan James as Head of Contemporary Music. This is a new position within the Music Department, one of three senior posts in a new structure.