Stick or twist? London-based cultural organisations confronted with tough choice to move elsewhere in England or to stay put in capital, with no guarantee of funding success in either scenario.

When the Gambling Commission announced a new operator for the National Lottery, current operator Camelot went to the High Court. Will funding for the arts be affected by this dispute, asks Chris Sharratt?

Mayor of London Sadiq Khan has allocated £800,000 to be invested in nine zones across the capital to support jobs and training and to create affordable studio space as part of his Creative Enterprise Zones programme.

Hammersmith & Fulham and Ealing will become the newest Creative Enterprise Zones and London boroughs are invited to apply for funding to become the next three zones.

The £800,000 funding will be split between all the zones to help support 5,000 young people to enter the creative sector and create more than 25,000 square metres of permanent affordable workspace by 2025.

The new Hammersmith & Fulham zone will transform a vacant high street shop into a “Made in Hammersmith and Fulham” hub, designed to support and offer training to local creative entrepreneurs, makers and businesses. It also plans to offer 90 work placements and apprenticeships in the creative sector.

The Ealing zone will help increase creative employment opportunities though working with young people and local business and offer a small grants programme to 30 local creatives to support the development of community spaces through murals and public art installations.

“We are delighted to be located in a new Creative Enterprise Zone, this is exactly the kind of support our sector needs,” said Angelique Schmitt, CEO and founder of Kindred Studios in Hammersmith.

“It will help provide much needed artist studios in the borough, boost our profile and improve access to residents showcasing all the brilliant work of local artists and creatives.”

The Emergency Recovery Fund, launched by ACE the day after the country went into lockdown in March 2020, receieved 14,000 applications and distributed £105m.

The BFI Short Form Animation Fund is investing £1.1 million in 15 new “bold and ambitious” animation projects in its second round of funding.

Ten of the selected projects received up to £120,000 in funding for production and five others were awarded up to £10,000 to support development.

“Both pieces will use real-time animation techniques, which is an incredibly important growth area, requiring content-making skills that are highly in demand. We know they both have big ambitions and great teams behind them, so we’re really excited to support and follow them on their journey.”

The BFI uses National Lottery funding to back narrative short form films of up to 15 minutes each. The Short Form Animation Fund, launched in 2019, “was designed to enable our talented UK animators to develop their practice, so it is exciting we are starting to see those films showcased and celebrated at international festivals,” said Natascha Wharton, Head of Editorial at BFI Film Fund.

“With round two, we saw a real breadth of styles and ideas come through in the applications, and we’re delighted to be unveiling such a diverse slate of projects today.”

Each of the ten selected projects, intended for the cinema, digital platforms and VR, will be overseen by a BFI Film Fund executive and supported by an animation consultant.

Arts and culture organisations report more competition for private sector funding, and requirement to show the work they do has a positive effect.

Museums and galleries are missing out on money due to complexity and lack of awareness of government tax relief scheme.

The second round of the government’s Community Ownership Fund opened on Saturday (11 June).

The first round supported 39 projects to purchase assets that were at risk of closure, sale, neglect, damage, or were found to not be operating in a sustainable way.

Eligibility criteria has been widened to attract more applications. A requirement that the cultural asset must have had a community use in the last five years has been removed, and the minimum leasehold on the premises has been reduced from 25 years to 15 years.

Minister for Levelling Up, the Union and Constitution Neil O’Brien MP said the fund will help to “spread opportunity, boost local pride and level up every corner of the UK”.

Groups interested in applying are being invited to submit an expression of interest on the government website. 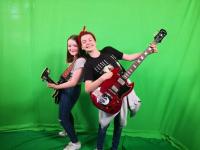 New art fund launches to address needs of local rural communities as they emerge from the global Covid-19 pandemic.

BBC to reduce licence fee funding for its performing groups as part of efforts to make £200m a year in savings.

Select committee hears that theatres and arts festivals are facing a "double whammy" of increasing costs and lower demand for tickets due to ongoing cost of living crisis.

Union calls for end to ‘dangerous assault’ on arts degrees

In a letter addressed to Education Secretary Nadhim Zahawi, Grady called for the planned 50% reduction in funding for creative degrees to be stopped.

Assaults on “low value” courses and plans to restrict access to courses that do not meet “arbitrary graduate outcomes data” must also end, she added.

“If [these] proposals are repeated, as our union fears they may be, the future of the arts and humanities could be under grave threat, resulting in disaster in vital areas including the public sector and the creative industries, as well as impoverishing our culture,” the letter reads.

Upgrade of Yeovil theatre to begin next year

Work on a major £29m upgrade to a theatre in Somerset to "help attract bigger shows" will begin next year, it has been announced.

South Somerset District Council said the redevelopment of the Octagon Theatre in Yeovil, Somerset, will start in January 2023 and take around a year.

The work will include expansion of the main auditorium capacity from 622 to 900 and construction of a fly tower so shows involving wire work can take place,

Two smaller cinema or studio spaces, a dance studio and a community studio are also part of the plans. Overall the work will cost £29m, with £10m coming from central government grants.

The Yeovil Amateur Operatics Society and other amateur groups who use the Octagon will be relocated to the Westlands entertainment venue while work takes place.

Councillor Mike Best, portfolio holder for health and well-being, said: "I fully understand through my theatre background the limitations of the Westlands facility.

"But at least we are fortunate to be able to... offer that, rather than societies having to cancel shows for an extended piece of time."

"Hopefully when the Octagon is redeveloped, the year it will have taken will have all been worthwhile."

Testing of upgrades to the much-maligned Grantium application system are underway, with a launch date for an improved version to be announced soon.

Funding applications are now open for community groups, arts organisations and councils across Northern Ireland who wish to take part in the Arts and Older People Programme.

Established in 2010 by the Arts Council of Northern Ireland, the programme challenges perceptions of what it means to be an older person. It is designed to tackle loneliness and promote positive mental health among older people through the arts.

The latest round of the programme, in partnership with the National Lottery, will award £200,000 of funding in grants of up to £10,000 to support projects benefitting older people.

She said that recent rounds of the programme have “focused on delivering arts activity within care home settings, working with residents living with dementia and their carers,” and encouraged organisations across the region to apply.

To date, the programme has provided £2m of funding to community organisations and voluntary groups, resulting in the delivery of over 200 arts projects.

Applications for this latest round of funding will close on 7 July.

High priority areas yet to receive levelling up funding

Analysis finds 19 local authority areas deemed to be high priority for investment by both government and Arts Council England are yet to receive a slice of £4.8bn Levelling Up Fund.